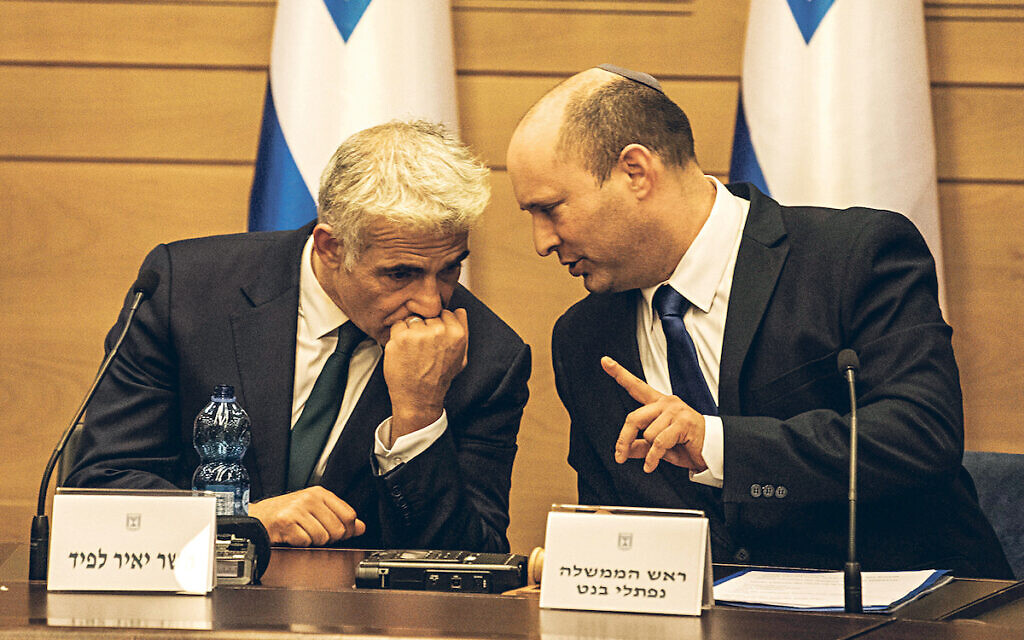 Who is Israel’s new prime minister?

Naftali Bennett was an elite Israeli soldier who left the IDF to become a tech entrepreneur. He later entered local politics as a Jewish settler leader, then formed the religious-nationalist Yamina Party. Prag-matic in most areas, he is adamantly opposed to any Palestinian state and prioritises the continued building of settlements in the West Bank.

Did Bennett win power, or did Netanyahu lose it?

A bit of both. Nobody doubts Netanyahu’s many successes, improving Israel’s economic and security position and plotting the recent landmark détente with Gulf and Arab states. But BICOM director Richard Pater says his corruption trial, coupled with his mismanagement of ideological bedfellows like Bennett and Avigdor Lieberman, contributed to his downfall. Likud challengers may start making moves to replace him as party  leader.

Will the Arab party remain a partner?

It is hard to tell. Its leader, Mansour Abbas, is known as a pragmatist who has already secured several guarantees from Bennett, including greater rights for Arab Israelis, especially on discriminatory housing policies. He has also been made a deputy minister with a sizeable budget for infrastructure in Arab areas. Lapid hopes this will be enough to keep him and his three other parliamentarians in play, but a repeat of the inter-communal violence seen in May would make that much  more difficult. Even if there is no repeat, this is by far Israel’s most pluralist government, and in the wings sits a disgruntled Benjamin Netanyahu, who is skilled at sowing division. 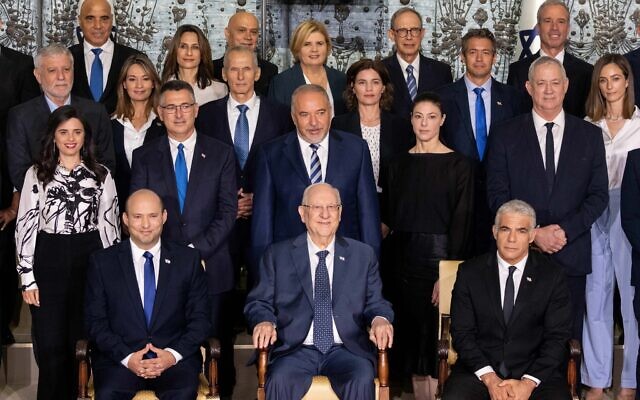 The new Israeli Prime Minister Naftali Bennett (L), Israeli President Reuven Rivlin (C) , and Alternate Prime Minister and Minister of Foreign Affairs Yair Lapid (R), during a joint photo with the new government ministers at the President’s residence in Jerusalem, Israel, 14 June 2021. The Knesset members on 13 June 2021 voted for the eight-party alliance led by Bennett from the far-right Jamina and Jair Lapid from the Future Party, the Knesset vote ends the historic 12-year rule of Prime Minister Benjamin Netanyahu. Photo by: JINIPIX

What will Lapid do?

In his day job as foreign minister for the next two years, he will hope to shape Israel’s relations with the United States, Russia, Saudi Arabia, China, and key regional players like Jordan. He also has to negotiate with Hamas over Israel’s MIA (missing in action) and hostages, and with partners over natural gas in the Eastern Mediterranean, where Turkey has the potential to pose problems. All that seems easy compared with his other challenge – keeping the coalition from splintering.

What should we look out for?

Beyond Israel, analysts think that US President Joe Biden may smell an opportunity. “An X factor is how they’ll want to engage the Biden team,” said Joel Rubin, a former deputy assistant secretary of state under Obama. “A new fragile government will be hesitant to weaken the US-Israel relationship, so Biden will likely have more leeway now with the Israeli government than he did with Netanyahu in power.” 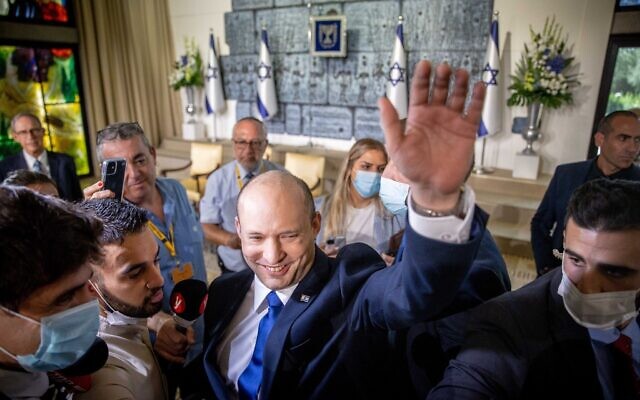 The new Israeli Prime Minister Naftali Bennett waves during a joint photo with the new government ministers at the President’s residence in Jerusalem, Israel, 14 June 2021. The Knesset members on 13 June 2021 voted for the eight-party alliance led by Bennett from the far-right Jamina and Jair Lapid from the Future Party, the Knesset vote ends the historic 12-year rule of Prime Minister Benjamin Netanyahu. Photo by: JINIPIX

A lot. For a start, Israel wants an extra $1 billion from the US to help it replenish its stocks of the Iron Dome missile defence system, after last month’s 11-day conflict with Hamas. But not all US lawmakers are keen to cough up, and the longer a ceasefire holds, the weaker the Israeli argument will be, so an emboldened Biden may well hold out. A bigger yet connected concern is the fear that Israel may be losing its military edge in the region, with Egypt getting advanced US submarines and the Emiratis promised advanced American F-35 jets in return for agreeing to normalise ties with Jerusalem.