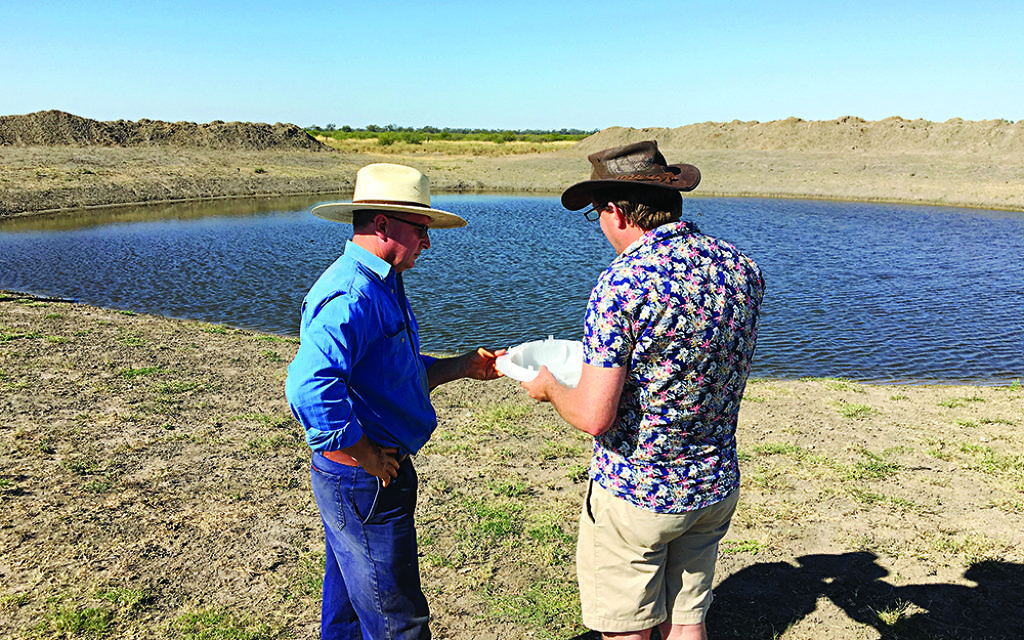 Andrew Hamilton on the right with a farmer in Australia

It has been raining in Israel. Children don wellies; parents rush out to buy thermal underwear and umbrellas for every member of the family. Despite the power cuts and the disruption, winter weather is welcomed and celebrated in a country that is hot and dry nine months of the year. With several days of torrential rain, last month was Israel’s rainiest since 1992.

Yet despite the downpours, Israel remains chronically short of water. The level of Israel’s biggest reservoir, Lake Kinneret (also known as the Sea of Galilee), remains at 60cm below the emergency ‘red line’.

According to Dr Doron Markel, manager for Israel’s Water Authority, filling the lake to its brim would require an astonishing four metres of water. The 24cm that fell in December is, literally, a drop in the bucket.

But it’s not all bad news. In the past few years, Israel has made itself a world leader in the area of water conservation. Desalination plants went into operation at the same time the country reduced its demand for water by 17 percent. Israel reuses 86 percent of its water for agriculture, the highest percentage in the world (Spain is second with just 17 percent). Last month, a delegation of experts from the United States, Thailand and the United Nations took part in a special water solutions visit to investigate how Israel is developing novel ways to tackle water shortage. 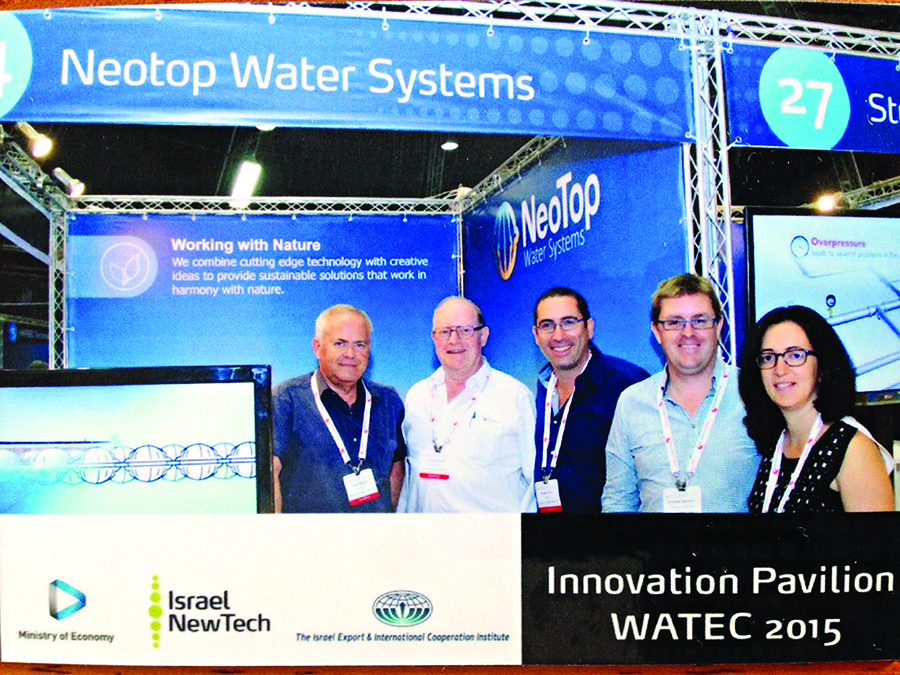 The Neotop tea, with Zeev Birger

Which leads me to the team of Brits, Israelis and an Australian behind one of Israel’s water-conservation start-ups. NeoTop Water Systems was the brainchild of Israeli technology whizz Zeev Birger, who five years ago came up with the idea of creating white plastic balls that could sit on the surface of a reservoir.

Their special design means they stop water evaporating from the reservoir and also cool it by up to nine degrees. Water rises and condenses inside each ball (think back to those precipitation diagrams in school geography lessons) and oxygen is released into the water. This makes the balls ideal for use in fish farms, where they deter harmful algae and also stop birds landing on the surface of the water.

Danny Handler, a London-based banking and finance expert, became NeoTop chairman and chief investor, funding the early research, and two years ago brought in a team including husband-and-wife duo Andrew Hamilton and Yael Grant as, respectively, Australia director and CFO, to commercialise NeoTop and sell its magic spheres not just in Israel but to the rest of the water-deprived world too. Shortly after, NeoTop won the prestigious Prime Minister’s Award for Entrepreneurship and Innovation.

Grant and Hamilton are just back from a month in Australia, where they carried out a pilot scheme for the cotton industry with the University of Southern Queensland. “The guy there is a world expert,” Hamilton tells me. “Australia has a boom-bust cycle with water. You can’t store water for more than a year or two, which has a serious impact on agriculture.”

Hamilton grew up in Sydney, but says he has a special affinity with the rural Australian communities. “I went to boarding school with kids from the country and spent many of my holidays on farms,” he says.

For Grant, the Australian outback is a far cry from where she grew up in Wembley. She qualified as a chartered accountant, but working in a tiny tech start-up like NeoTop has brought her close to her roots: parents Sidney and Esther Grant are both active as engineers in London.

The couple have no problems working side by side. “We work well together,” Grant says,of herself and Hamilton. “Being a husband-and-wife business couple is very normal in Australia, where many farmers are husband-and-wife teams. Our first sale is to a couple who have a store and run a farm.”

NeoTop has a pilot scheme running in Chile’s Atacama desert, another with American Water in California, and India is next. In Israel, NeoTop’s balls have been installed at the Sorek desalination plant, on a fish farm, and now in Eilat, where it is hoped they will protect the coral reef from the fierce summer heat.

As part of a fledgling start-up, every member of the team has to be hands-on, right down to clicking together thousands of white plastic
balls.

“We’re looking into automation but we’re not there yet. Yael holds the record in assembling (the balls),” Hamilton says.

As more areas of the world struggle to cope with water shortages, Israel’s technology start-ups hope to lead the way in providing a plentiful supply of the precious liquid.