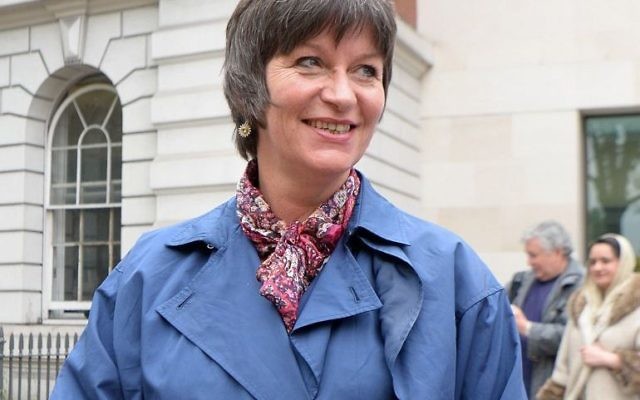 A blogger who compared Auschwitz to a “theme park” and claimed Jews control “anything that’s worth controlling,” faces being sent back to jail.

Alison Chabloz, 57, now known as Chabloz-Tyler, had previously claimed that the Shoah is an “eternal cash cow” and that Jews who “don’t conform” should be deported.

The blogger was convicted of three charges for posting offensive songs about the Holocaust and handed a suspended jail sentence in May 2018.

Now the Daily Mail reports Chabloz-Tyler has since breached her suspended sentence with raving antisemitic comments as she telephoned in twice as a guest to the podcasts Realist Report and The Graham Hart Show.

The musician reportedly said in the podcasts that Jewish parents are “indoctrinating their children that their grandparents were gassed because they were Jews.”

She also reportedly claimed the Auschwitz gas chambers were fake, and that Jews “were promoting homosexuality, promiscuity, the same things they are promoting today.”

Chabloz-Tyler, of St Johns Wood, Westminster, lost her appeal against conviction of three counts of sending by a public communications network an offensive, indecent or menacing message or material.

She is set to be sentenced today.

Judge Beddoe, sitting with magistrates, said: “Presently we do not consider that the sentence passed in the court below was sufficient.

“The sentence we will pass will return you to prison, you will be returned to custody and brought back here for the completion of the sentencing exercise.”

Chabloz-Tyler had been banned from broadcasting, posting on the internet or in any form, any reference to Judaism or the Jewish people.