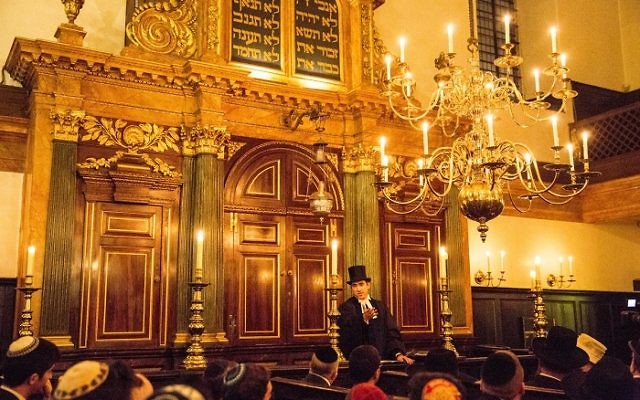 A ceremony at the Spanish and Portuguese Jews Congregation, at Bevis Marks Synagogue, London in 2015 (C) Blake Ezra Photography 2015.

A high-rise office block which the UK’s oldest synagogue says could threaten its future has been recommended for approval.

Bevis Marks, a Grade 1-listed building in the City of London, has held regular services for 320 years, but its rabbi Shalom Morris fears its future is at stake if two nearby towers are given the go-ahead.

One of the planned office blocks, a 48-storey tower on Bury Street has been recommended for approval by the Corporation’s planning officers – despite fears it could leave the synagogue in total darkness.

According to a letter from the case officer for the application, officials have recommended the tower get the go-ahead at a meeting of councillors on 5 October.

Earlier this month, Rabbis Morris warned that the future of the synagogue “was at stake” if the tower, alongside a second tower in nearby Creechurch Lane was approved. 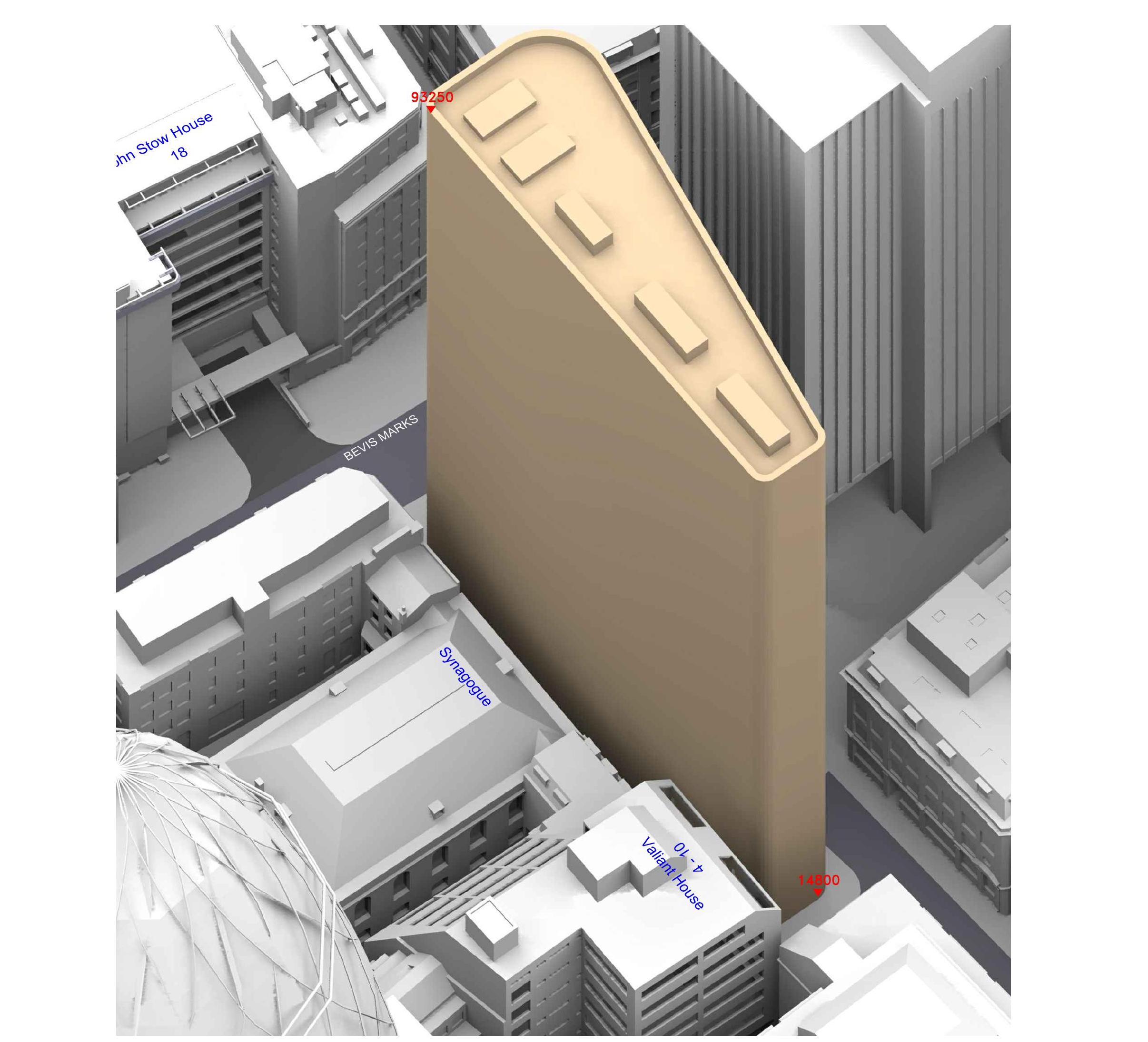 Proposals for the tower on the plans, show it dwarfing Bevis Marks

He said: “Not only will light be blocked, on which the building depends for ambiance, spirituality, and atmosphere, but the very foundations will be at risk.

“Yet the Jewish community’s British heritage is treated by the planners and developers as just another building.”

The historic building is lit by up to 240 candles. These were supplemented in 1928 by limited electric lighting, which cannot be enhanced because the synagogue is Grade 1-listed.

More than 1,700 comments of objection have been received on the application, compared to just 37 letters of support.

Concerns about the impact of development have also been raised by Marie van der Zyl, president of the Board of Deputies, and the Chief Rabbi, Ephraim Mirvis.

Van der Zyl has previously urged “explicit long term protection for the building and its surrounds so that they no longer have to fight each development individually,” while Chief Rabbi Mirvis spoke of the need for the synagogue to be “carefully protected, as any other place of worship so steeped in history would.”

The likely outcome for the second application, a 21-floor office block in Creechurch Lane, is not yet clear.