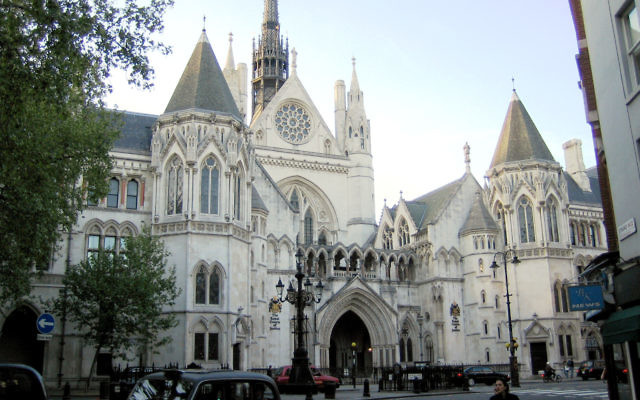 The High Court has dismissed a case brought against the Labour Party by eight activists accused of allegations relating to antisemitism who had claimed investigations into their conduct had the party had been unfair.

The claimants from a groups naming themselves Labour Activists For Justice suggested the Party had breached its contractual obligation to treat them fairly, particularly following the October 2020 EHRC Report on Antisemitism in the Labour Party.

The activists – who included Jewish Voice For Labour members Jonathan Rosenhead and Diana Nelson –  wanted Labour to stop disciplinary action against them until a new procedure was in place.

Lawyers for the claimants argued that some of the cases brought against their clients were unfair because they used an old Labour code of conduct. Some of the claimants were not directly accused of antisemitism.

But in a judgement handed down on Thursday, Mr Justice Butcher concluded: “I do not consider that the Claimants are entitled to any of the three declarations sought; and their claim for them will be dismissed.”

In a victory for Labour, who were represented by Rachel Crasnow QC, the High Court found the party had met its obligation to treat the claimants fairly and that there was no breach of natural justice.

Labour confirmed they would be seeking to recover the costs they incurred defending the case, which party insiders said as unnecessary.

Following the High Court judgement a Labour spokesperson said:” We welcome this important ruling that confirms our right to determine how we handle complaints.

“We are getting on with the job of reforming our processes, structures and culture for the benefit of all of our members and to ensure Jewish people feel safe and welcome in our Party.”

Party sources also said it was clear from the outset that this case was about trying to use the courts to intervene in Labour’s disciplinary processes and to seek to undermine our adoption and use of the International Holocaust Remembrance Alliance definition of antisemitism and its examples.

Mr Justice Butcher said the Court ought not to interfere with the Party’s disciplinary procedures particularly not when the EHRC as a regulator is assisting with any review of such processes.

Lawyers for the claimants – who also included Michael Howard, Chris Wallis, John Davies, Colin O’Driscoll, Alma Yaniv and Sameh Habeeb –  argued that the Party’s investigation and adjudication of complaints of antisemitism was in breach of the principles of natural justice and procedural fairness.

They also attempted to use the recommendation made in the EHRC report into Labour’s handling of antisemtism complaints, which called for the party to establish an independent disciplinary structure to call into questions investigations being done under the existing system.

QCs Maya Lester and Malcolm Birding –  instructed by Bindmans LLP for the claimants-  also claimed Labour had “materially mis-stated the Claimants’ obligations of confidentiality in the Notices of Investigation sent to the Claimants.”

Mr Justice Butcher said his judgment “adjudicates on those complaints andwhether the Claimants are entitled to any relief in relation to them. ”

He added:”It is no part of this case, or this judgment, to determine whether any of the allegations of antisemitism made against the Claimants are or are not well-founded.”

The judge also concluded: “I do not consider that it is correct to say that the EHCR found that the Party’s disciplinary processes, as recently improved, were fundamentally unfair.

“While it was certainly the case that the EHCR considered that there were still matters which could be further improved, and that the commissioning of an independent process was necessary to rebuild trust and confidence, this did not amount to a finding or indication that the present system could no longer be used.”