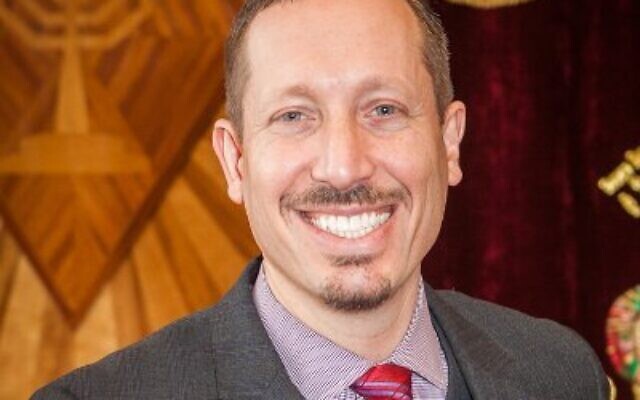 The rabbi of a prominent United Synagogue shul will leave his post after just three years citing disagreements with honorary officers about the way forward for the community.

Rabbi Daniel Friedman and wife Batya first came to Hampstead Garden Synagogue in July 2018, and were tasked with resolving “the issues of the community”, with a survey finding that members had become disengaged.

But three years later, they have decided to leave “by mutual agreement” in September.

In an email to members this week, the Friedmans said: “Through various conversations with the honorary officers over the years, it has become increasingly clear to us that we have a different vision for the way forward, and we acknowledge the wisdom of those who have lived in and led this community far longer than we have.”

One shul member said they were dismayed at what they called the reputation of the shul as a rabbinical “poisoned chalice” – and said members have been comparing it to the “revolving door policy of some badly-run football clubs.

“Clearly, the rabbi had a progressive vision, perhaps illustrated by his compassion and empathy when permitting virtual Kaddish at the onset of COVID, and this vision may have been at odds with a powerful minority within the community,” they said.

“Perhaps they are oblivious to the outstanding work done by the Rabbi and Rabbanit during an immensely challenging period.”

But another member said: “The community owes an enormous debt to the honorary officers for the amount of time, effort and sheer hard work they have put into running the shul during the pandemic.

“They have always ensured that the good of the community is placed before anything and indeed any individual.”

The husband and wife team, who are described as “respected and loved spiritual leaders”, had previously described the shul as “the perfect fit.”

Rabbi Friedman, who was raised in Sydney, now plans to take a sabbatical to complete a doctoral dissertation, along with wife Batya.

“We feel so blessed to have been chosen by Heaven to serve you,” they told members in their email.

In a statement, the synagogue’s honorary officers said: “The Rabbi and Rabbanit have provided a significant contribution to our community.

“Many of their new initiatives have revolutionised how we, as a Shul, keep in contact with our members especially since the start of the pandemic.

“We wish the Friedmans much success in wherever their journey takes them and may the positive impact they have had on our community continue in all of their endeavours.”

Recruitment efforts for a new rabbi will begin immediately, they added.