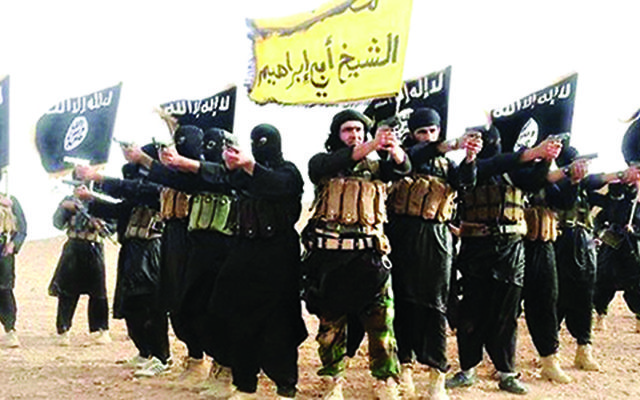 A leading analyst on Israel’s security has said the fall of Islamic State in Syria and Iraq could spell yet more trouble on two of Israel’s borders.

Retired Brigadier General Michael Herzog, an International Fellow at the Washington Institute who advised several Israeli defence ministers until recently, was speaking during a briefing organised by UK-Israel think-tank BICOM.

Herzog said the likely defeat of so-called Islamic State (ISIS) this year would push jihadist fighters into the Sinai, to Israel’s east, while a deal struck between Syrian President Bashar al-Assad and supportive militias could see Hezbollah entrenched on Israel’s north-east border.

“After ISIS is defeated territorially in Iraq, Syria and Libya, the only functioning territorial stronghold they will have is in the Sinai,” he said.

“We can therefore expect the relocation of ISIS elements into the Sinai. There has been a war going on in the Sinai for several years with the Egyptians unable to defeat ISIS, and this movement will pose an increased challenge for the Egyptian regime and potentially for Israel.”

Meanwhile, Herzog said that both Israel and Jordan would be watching to see who fills the post-ISIS void left in southern Syria, with Assad likely to reward allies who fought with him during the country’s six-year civil war.

“The Syrian regime is already negotiating a deal with rebel groups that will enable the regime to regain control of the south,” he said.

“This may include allowing the Syrian regime’s allies – Iran, Hezbollah and other Shi’ite militias – a foothold in the south which they have been striving to achieve. If these groups are able to deploy in and operate out of southern Syria, they will pose a serious challenge to both Israel and Jordan.”

Herzog aligned himself with most other analysts in declaring a lack of clarity as to the role new U.S. President Donald Trump will take in the Middle East, but suggested that Trump will hope to “drive a wedge” between Russia and Iran.

“If Trump wants to push back on the Iranian role in Yemen or in Syria, or get the Iranians to stop the supply of weapons to Hezbollah it is not impossible that he will find some common ground with Russia,” said Herzog. “In any case, it may be that we see cooperation alongside competition between the US and Russia.”