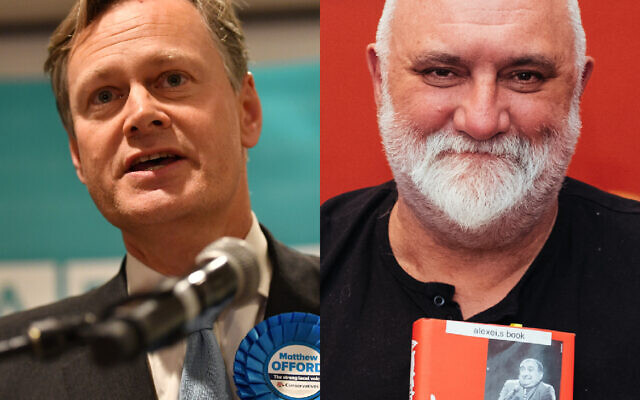 Hendon MP Mathew Offord has written to the Director-General of the BBC to demand he stop the broadcast of Desert Island Discs featuring Alexei Sayle, scheduled for this Sunday.

The parliamentarian said his request came in response to the antisemitic incidents which occurred last weekend in the UK over the conflict between Israel and the Palestinians.

In a letter Offord said that every broadcaster “should be wary of giving a platform to anyone who is seen to be excusing antisemitism. ”

It pointed to a 2017 interview with Sky News in which the TV comedian claimed that all allegations of antisemitism “amongst supporters of Jeremy Corbyn are a complete fabrication”.

In 2014, Sayle claimed that a BBC presenter, Emma Barnett, was abusing antisemitism to discredit Palestinians before denouncing her as “supporting the murder of children, the murder of women…from a fascist, Zionist ideology”.

On his website Offord said:” For a person to state publicly that another who made allegations of antisemitism is a liar is not only wrong but also allows antisemitism to continue and in some cases flourish.

“In addition, to conflate Jewish identity with Zionism ensures that British Jews are physically and verbally attacked for actions that occur in Israel, for which they have no cause or control.”

The MP added: “ITV recently took the decision not to broadcast the final episode of a drama starring Noel Clarke after allegations were made against him.

” In light of Alexei Sayle’s continuing behaviour and the distress this is causing my constituents and others, the BBC should take the same action and not broadcast the next episode of Desert Island Discs which features Mr Sayle.”

Jewish comedian David Baddiel criticised the call to ban Sayle tweeting :”Me and Alexei Sayle don’t agree on much about the present nature of antisemitism. But he’s a very great comedian, the Godfather of modern alternative comedy, and perfectly entitled to his opinions. The idea of banning his Desert Island Discs is culture war nuts.”

A BBC spokesperson said: “In common with many Desert Island Discs castaways during the programme’s long history, in this interview Alexei Sayle reflects on his professional life, family upbringing and private life rather than discussing his personal political views.”