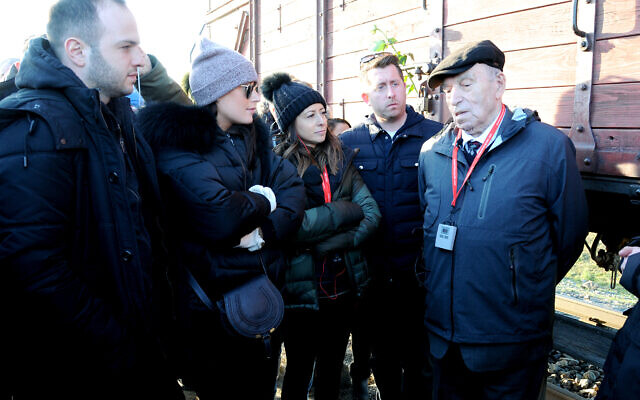 Leslie speaking to young people at Auschwitz during an educational visit

Auschwitz survivor Leslie Kleinman was remembered as being “deeply kind and generous” following his death aged 92 this week.

One of ‘The Boys’, a group who came to the UK in 1945 after the liberation from the camps, he dedicated his life to teaching the next generation about the horrors he endured  but “exuded warmth and compassion, always with an infectious smile”.

Born in 1929 in Ambud, Romania, Kleinman was a prisoner in Auschwitz-Birkenau, Sachsenhausen and Flossenburg concentration camps, and was on two death marches.

When he was 14, he was selected for work at Auschwitz and was separated from his family who were all murdered in the gas chambers, except his eldest sister Gitta, who was sent to Bergen-Belsen. He learned after the liberation that she had survived, but had died soon after. 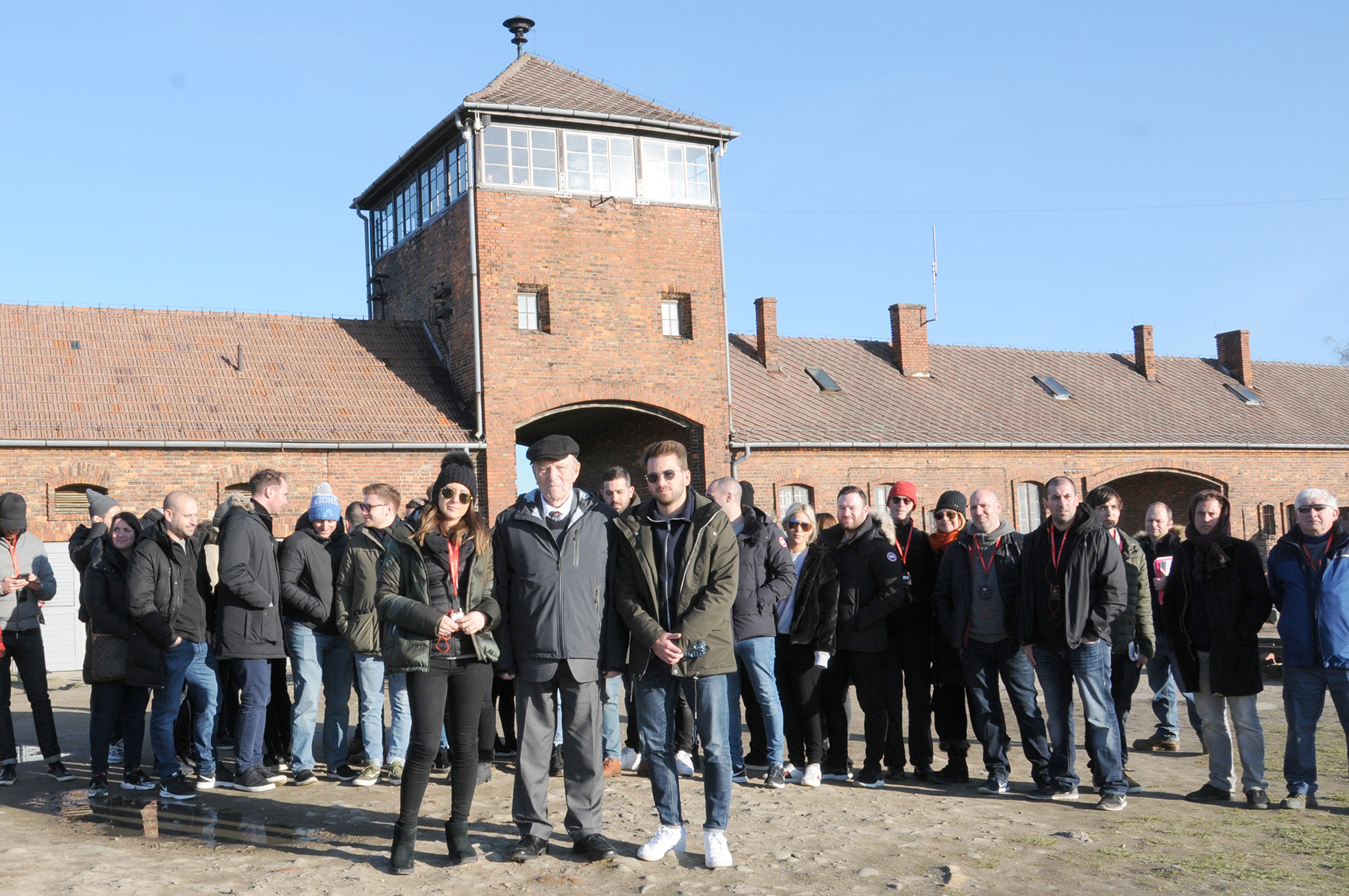 Leslie in front of the infamous death gate at Auschwitz-Birkenau

After the war, he married and had two children, before settling in Canada. He later returned to the UK and is survived by his wife Miriam. He had 2 children, Rosalyn and Steve, and three three stepchildren: Ros, Martin and Les.

Karen Pollock, Chief Executive of the Holocaust Educational Trust said he “was an inspiration to all of us”, and that “in later years, he worked tirelessly to share his testimony with the next generation, travelling the length and breadth of the UK. 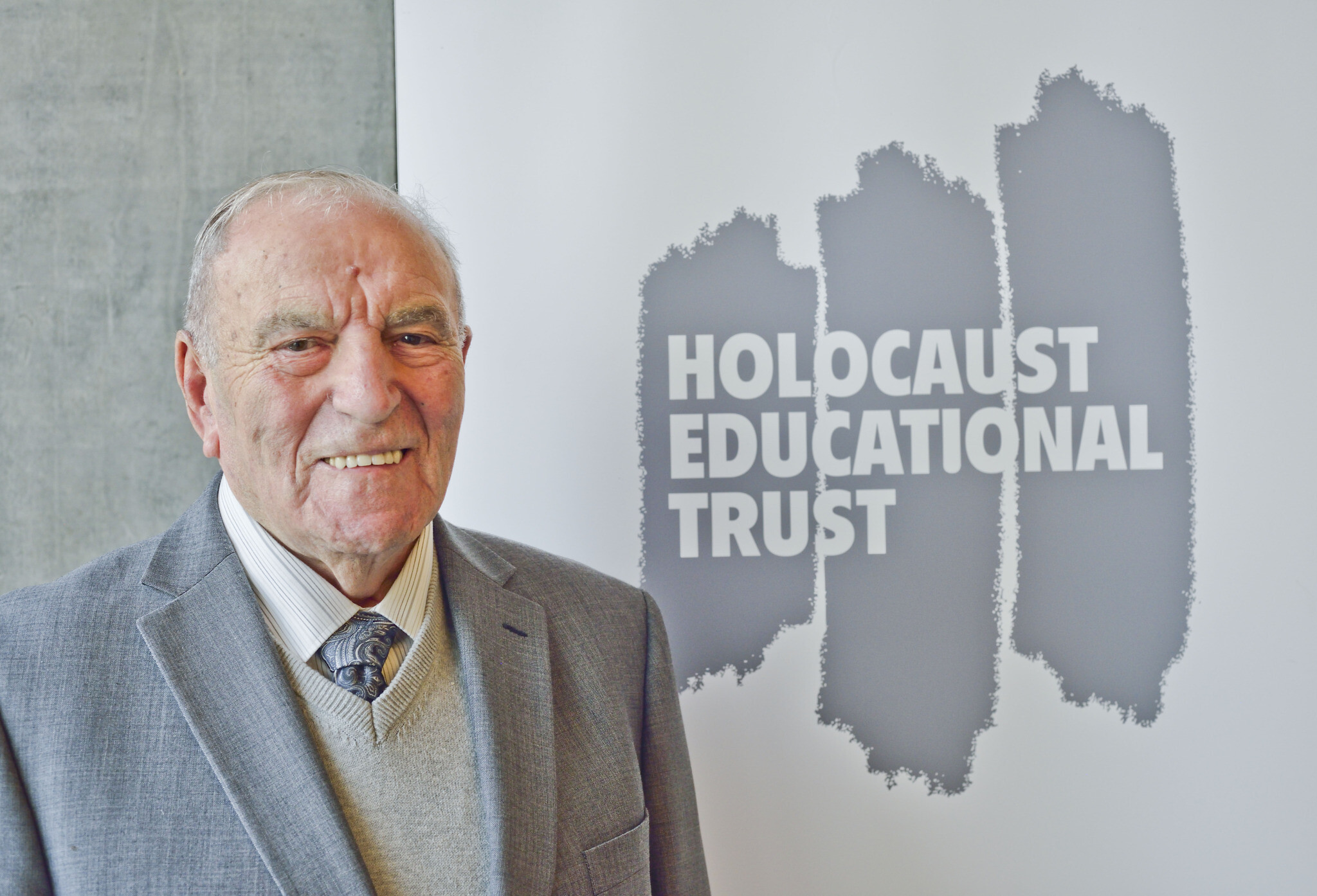 “Leslie also accompanied groups on educational visits to Poland and was passionate that the Second and Third Generation continue the hard work of courageous survivors.

“He was a religious man, who often spoke of nearly losing faith in G-d during the Holocaust. His commitment to Judaism and the Jewish community was unstinting. 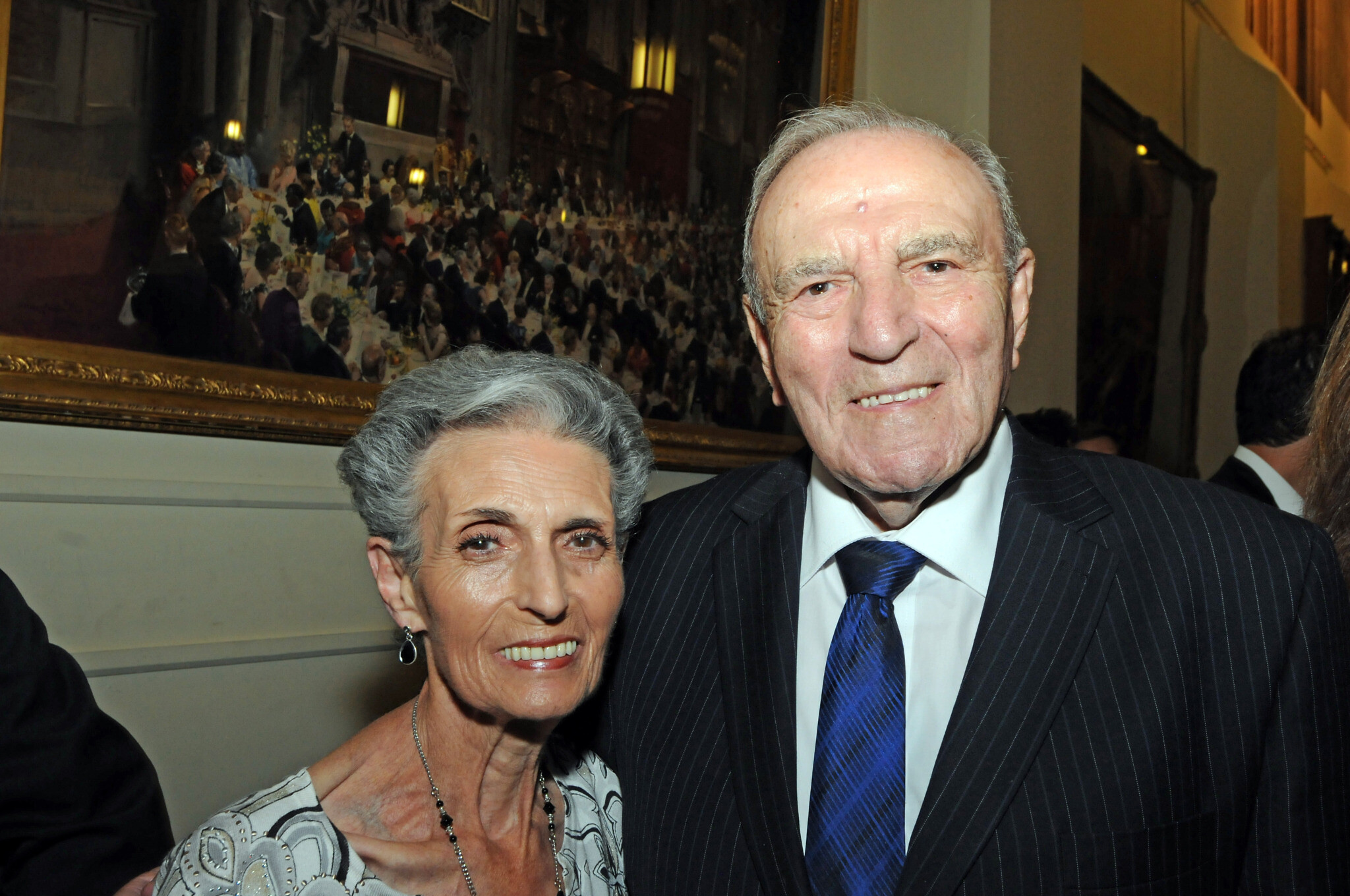 “A deeply kind and generous man, Leslie exuded warmth and compassion, always with an infectious smile.

“He will be very sadly missed, and our thoughts and prayers are with his wife Miriam and his family.”

The Association of Jewish Refugees said it was “saddened” to hear of the passing of its member Leslie Kleinman.

Michael Newman, AJR Chief Executive said: “Leslie’s story of survival was as harrowing as it was compelling and he will always be remembered as a passionate educator as well as for being a profoundly kind and gentle soul. We send our sincerest condolences to Miriam and his family.”