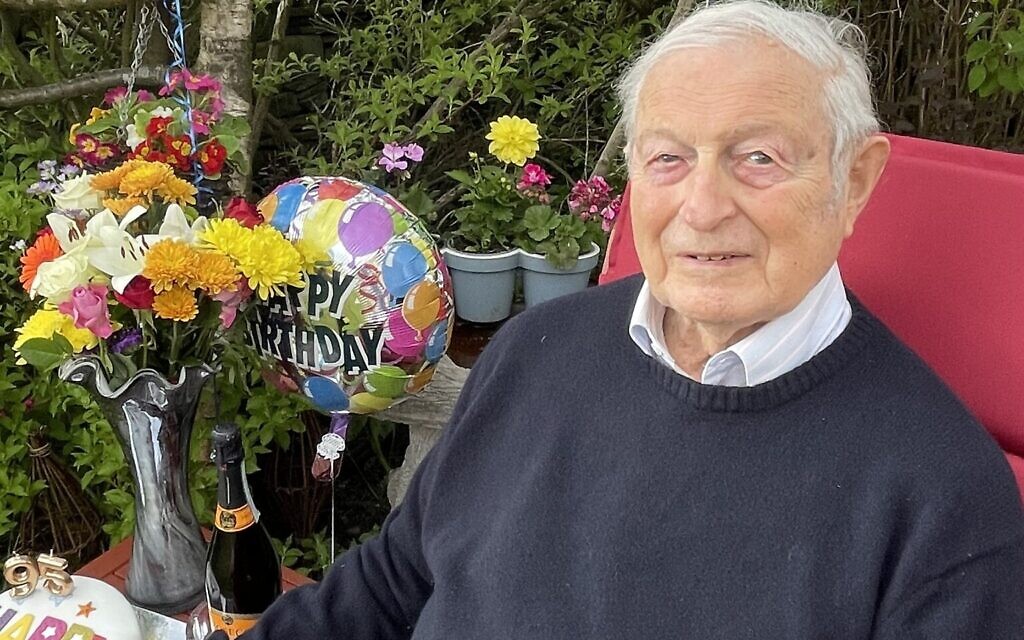 Tributes have been paid to Rudi Leavor, pictured on his birthday, after he passed away aged 95

Heartfelt tributes have been paid to Holocaust survivor Rudi Leavor who has passed away at the age of 95.

Rudi, a prominent member of the Bradford Jewish community, came to England after the Gestapo forced their way into his home in Germany when he was aged just ten and arrested his parents.

Through their perseverance, they managed to get British visas, and the family travelled to England on a cruise liner, where Rudi followed in his father’s footsteps to become a dentist.

A leader of Bradford Synagogue, Rudi was known for his work in fostering inter-faith relations.

He had close links with Bradford’s Muslim community, who had rallied around in 2013 to help safeguard the future of the synagogue of which Mr Leavor was chairman.

In turn, Rudi led the way into co-opting a Muslim man to sit on Bradford Reform Synagogue’s ruling body, the first time a Muslim representative was thought to hold such a role.

Michael Newman, CEO of the Association of Jewish Refugees, said Rudi would be sorely missed.

“Rudi was a leading figure in the Jewish community of Bradford and worked tirelessly to establish interfaith relationships in the city,” he said.

“He was an active member of the AJR and will be sorely missed.

“We consider ourselves lucky to have produced his life story book as part of our My Story project and to have recorded his testimony for our Refugee Voices archive. Our deepest condolences to his family.”

Active even into later life, Rudi was awarded the British Empire Medal by the Queen’s Birthday Honours list in 2017 for his work building relationships with religious leaders in Bradford.

On receiving his medal, he expressed his gratitude to the country that took him in as a refugee from Germany in 1937.

“I have given something back to the country that took me in, and it is a double honour for the Jewish community and for the interfaith work, so I’m very pleased,” he said at the time.