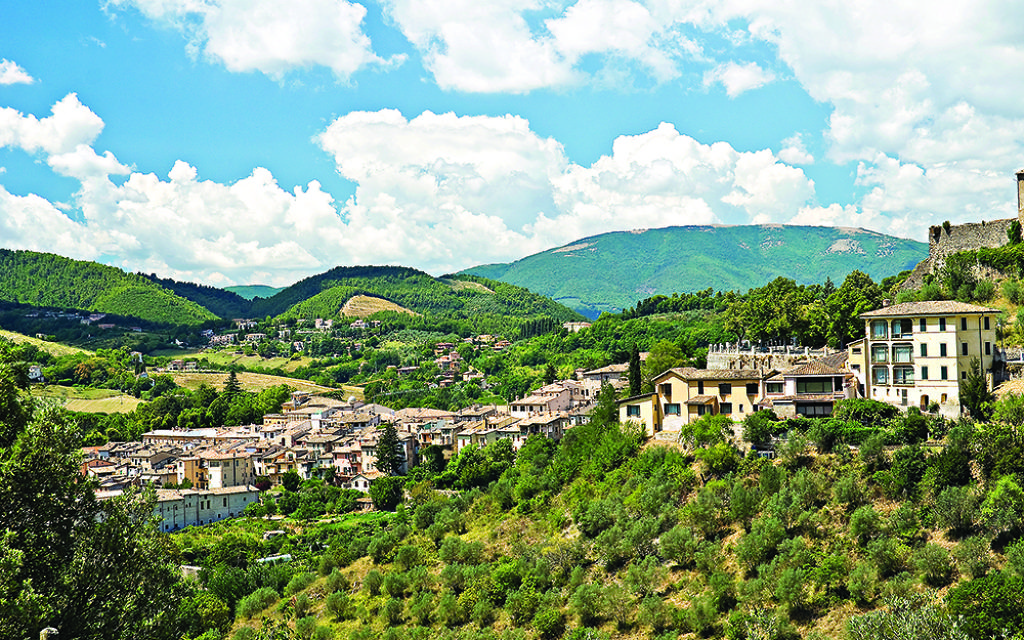 The scene is so Italian. I am eating a delicious pasta dish in an excellent restaurant called Locanda del Teatro while overlooking a beautiful five-sided piazza – which is the town’s highest point.

Suddenly, a middle-aged man with a dog leaves one of the ancient surrounding stone houses and sits on a bench. Another door opens on the square and a colourfully-dressed woman comes to share the seat. They kiss passionately, then they part.

I’m in Montefalco in Umbria, a charming hilltop town with cobbled streets and ancient walls, famous for its examples of medieval architecture preserved in its many churches.   The views of undulating hills and olive groves make a stunning backdrop and it certainly earns its nickname “the balcony of Umbria”.

Montefalco is the centre of both Sagrantino wine and a woven linen industry that has been here since the Middle Ages.  Today, the one remaining mill producing the high-standard product is owned by the Pardi family and is situated fittingly in their vineyard, so neatly combining the two businesses.

Less than 20 minutes’ drive to the north is the ancient town of Foligno, where the well-worn flagstone streets are testament to the town’s ancient past.

The collection of impressive buildings includes the Palazzo Comunale, built in the 13th century, and the adjoining Palazzo Orfini, where an ancient printing shop in 1472 reproduced Dante’s Divine Comedy, the first book ever to be printed in Italian.

My presence in Foligno is also a bit of a culinary adventure as I am researching the I Primi D’Italia, a celebration of first courses: pasta, rice, soups, gnocchi and polenta. I may have been too early for the main festival, which is held in September each year, but when I was offered a chance to sample some of the delicious dishes, it seemed rude to say no.

The annual event features 70 Michelin-starred chefs who conduct classes all over town during four days of continuous tastings, cooking, demonstrations and classes. It typically attracts more than 120,000 visitors, with  each plate costing as little as €2. 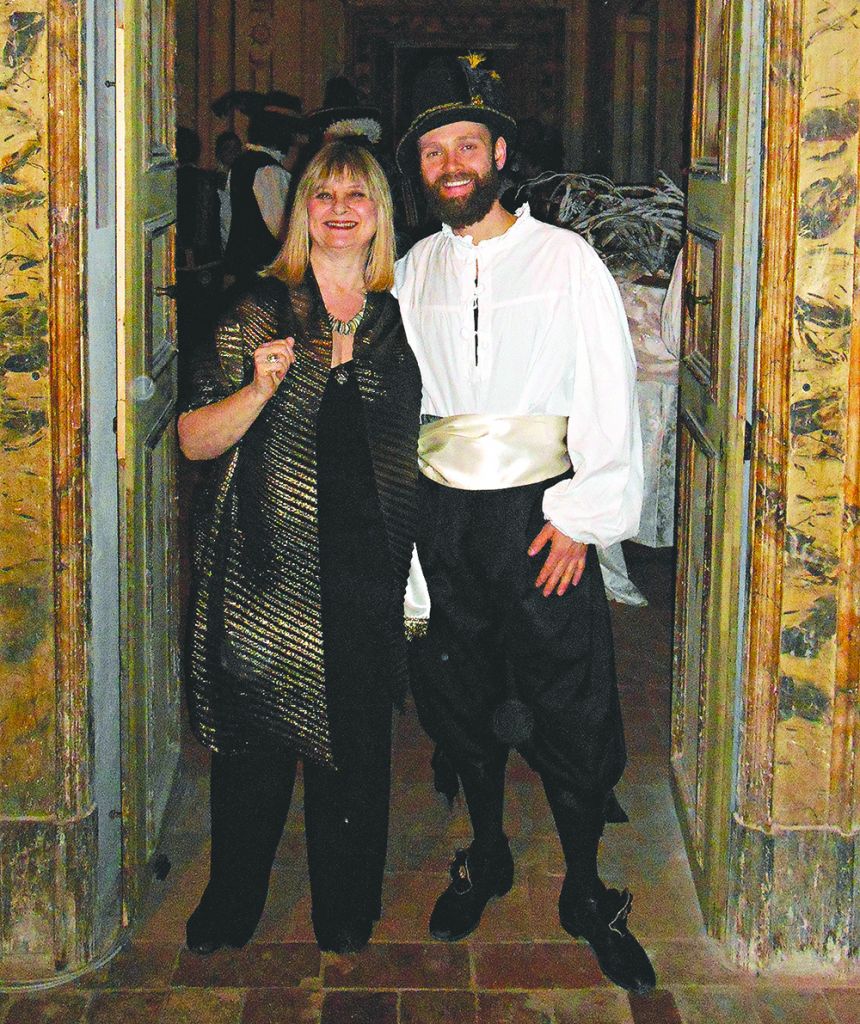 At a medieval dinner in Foligno

The aim is to pass on food traditions to the next generation and recreate the family atmosphere of every Italian lunch or dinner,  created by simply sitting round a table, chatting and enjoying food. At the moment, the festival seems to have only Italians as its audience, as this part of the world is still undiscovered in many ways.

The word “Umbria” means shadow, and while the region is indeed less famous than its neighbour Tuscany it is charming, with a quality of light that adds atmosphere to the many medieval hill towns, forests and the simple but excellent food and wine.

True, I am not far from Assisi, which attracts five million visitors a year, but this part of Umbria is quieter and, to my mind, more authentic, with only a few people understanding any English.

As one of the 29 regions that make up modern Italy, Umbria uniquely borders neither the sea nor another country and it is perhaps this lack of outside influences that makes it so genuine and why the family unit has such a strong presence here.

Assisi is well worth a visit however, with its Museum of Memory dedicated to the 300 Jewish people who were saved in the region and its display of unpublished documents, photos, papers and objects. There was no pre-existing Jewish community in Assisi during World War II, but one established itself as Jews fleeing from places such as Milan, Padua, France and Austria arrived here.

To protect them, a Benedictine priest called  Giuseppe Placido Maria Nicolini established the Assisi Network along with a “Committee for Assistance”, with the two organisations together running a risky plan of action to provide papers for the incomers.

A printing press in a small souvenir shop owned by a lay Catholic typographer was used at night, stamps were applied elsewhere and Nicolini, 30 years old at the time, carried the documents between stops by bicycle.

In this way, false identities were created, enabling the refugees to live relatively safely in local private homes.  At the same time, 26 monasteries and convents were used as hiding places for personal effects, including family mementos and objects or texts used for Jewish religious services, some of them hidden behind plaster walls in underground cellars in Nicolini’s home.

As a result, not one Jewish person protected in Assisi was deported to a concentration camp.

Nicolini, later ordained as a bishop, and three of his main helpers were honoured as Righteous Among the Nations  and at Yad Vashem there is a detailed account of Assisi’s assistance to the Jewish people.