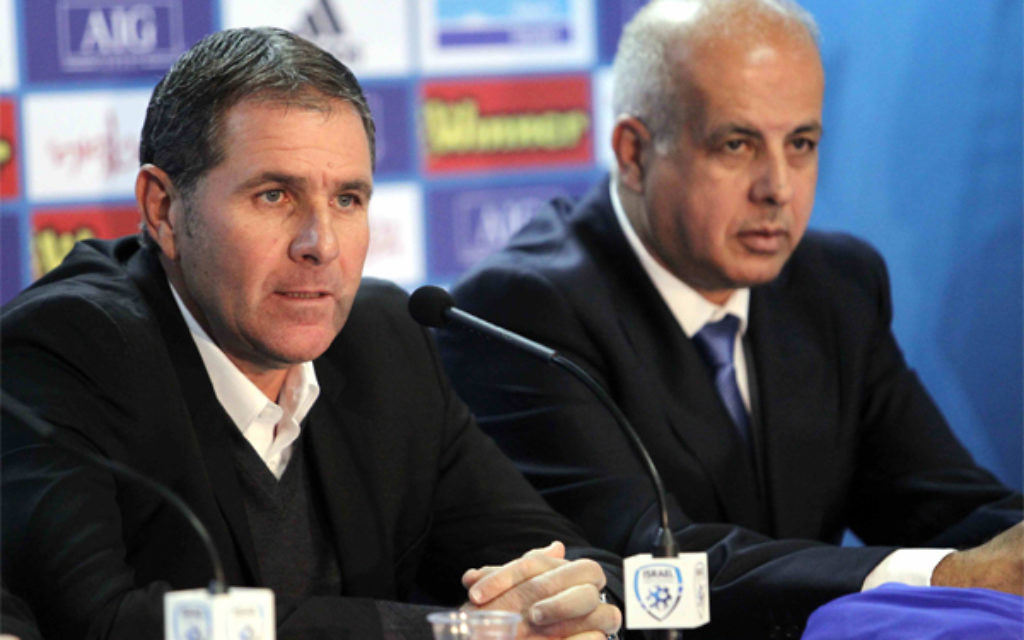 Eli Guttman has quit as the manager of the Israeli football team – hours after a 3-1 defeat to Belgium finally put an end to their hopes of reaching next summer’s European Championships.

Announcing his resignation yesterday morning, Guttman, who had been in charge of the team for four years, insisted the qualifying campaign which saw Israel finish Group B in fourth place and suffer a 2-1 home defeat to Cyprus on Saturday night – which effectively ended their play-off hopes. He said: “A person who doesn’t try is a failure, someone who doesn’t even try can’t succeed. I targeted third place and I didn’t succeed. But the word failure is reserved for those who don’t even try.”

He did though admit one mistake, regarding the tactics he used when they hosted Wales in March, saying: “After winning three straight matches we decided to try and pressure them but ended up giving them too much space.

“I had the great privilege of guiding the Israel national team in the past two campaigns, this remains the professional summit for every Israeli coach. I will take advantage of the coming period in order to analyze the past campaign and my time as the national team coach, and to recharge my batteries, before choosing a new course.”

Israel Football Association chairman Ofer Eini thanked Guttman for his efforts, saying: “I’d like to thank Eli Gutman, the professional staff and the players for their efforts during the Euro 2016 qualifying campaign. Even though we eventually didn’t reach the playoffs, I have no doubt that everyone did their best in order to realise the dream.

“Eli Gutman was, and remains, an excellent coach and I want to wish him great success in the future. I don’t intend to deal in the coming days with the identity of the next Israel coach, but rather seriously and comprehensively assess the right ways in which to promote Israeli soccer and the Israel national teams.”

Israel’s next game will be their opening qualifier for 2018 World Cup in Russia, when they host Italy in September, though midfielder Eran Zahavi is already playing down their hopes. He said: “We really wanted to qualify this time, but we failed just like the last generation. We shouldn’t set goals or make any statements next time but rather focus on playing better and more positive soccer. If Israel hasn’t reached any major tournament in more than 40 years than maybe the problem goes beyond a given squad.”