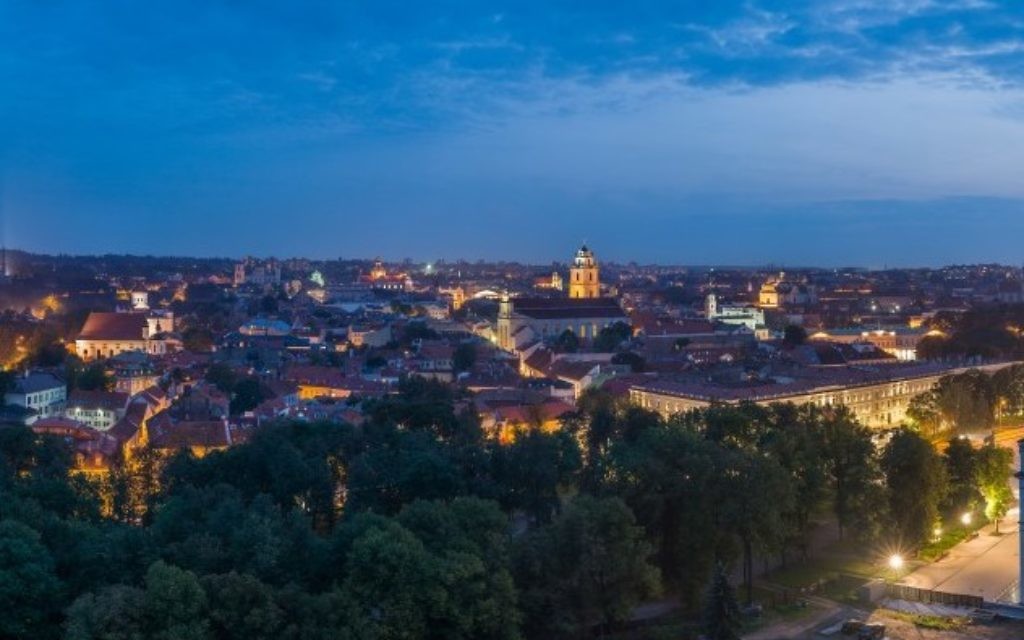 The Old Town of Vilnius, Lithuania

Ground penetrating radar has led to the rediscovery of the Great Synagogue and Shulhof of Vilna, for five centuries one of the centres of European Jewry which was said to have entranced Napoleon into stunned silence.

The remains, partially under a school, were located by a team of archaeologists from Israel, America and Europe, and will lead to an excavation next year.

Built in the 17th century in Renaissance-Baroque style, the magnificent structure was surrounded by other buildings, including 12 shuls, the community council, kosher meat stalls, the famous Strashun library and a complex of mikva’ot (ritual baths).

It formed a great centre of Torah study, with the team describing it as “the beating heart of the Lithuanian Jewish movement of Mitnagdim” and the home for Rabbi Eliyahu, the Vilna Gaon.

“This is a central part of Jewish heritage from this land,” said Dr. Jon Seligman from the Israel Antiquities Authority. “It’s the most important synagogue of Lithuania. For five decades, from the 15th century through to the time of the Holocaust, it was the centre of what we call Litvak Jewry, which emcompassed Lithuania, Latvia, Belorussia and down into Ukraine. This was the centre of a particular branch of Judaism which was against the Chasidic trend in Poland and Hungary. The building very much represented the Jews of this area and the way that they prayed.”

At the time, the city of Vilna had a 35 percent Jewish population, and the area around the synagogue supported Jewish life in the whole region, including the many shtetls or villages nearby.

The team found it using ground-penetrating radar, whereby FM radio-waves “look into the ground” and reflect off layers in the sub-surface. They found “significant remains” of the synagogue below the surface, including sections of the Great Syanagogue and possible remnants of the miqva’ot.