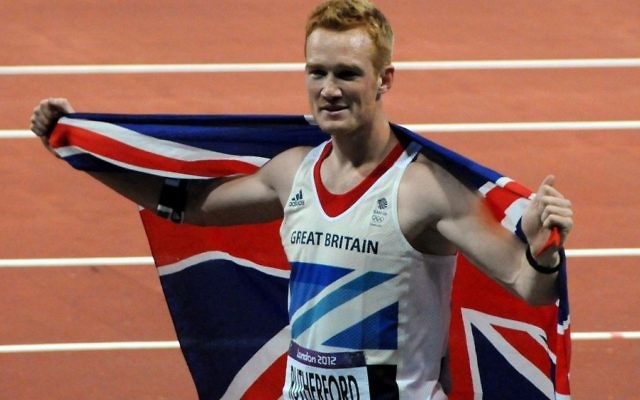 Greg Rutherford after winning the long jump at the 2012 Olympics

Olympic gold medallist Greg Rutherford said he was left “feeling sick” after finding out his former manager had cheated him out of tens of thousands of pounds to fuel a gambling addiction.

Stone, of Edgware Road, west London, was jailed for 18 months at Blackfriars Crown Court on Monday after admitting fraud by abuse of position.

Judge John Hillen QC told the court: “Mr Rutherford, in his victim impact statement, stated that the thought that someone who had responsibility for a large part of his life and work, someone who he had placed trust in, had in fact been dishonest, left him feeling sick.”

He said that Mr Rutherford and his family had faced “emotional distress” due to financial concerns, not least the worry that they would face income tax on money the athlete had not received from Stone.

The long jumper was left under “severe financial pressure” while training as a result, he added.

Mr Rutherford, who attended Norwood’s annual fundraising dinner in November, was first introduced to Stone in 2009, who has managed appearances, merchandise and sponsorship deals for celebrity clients including three Olympic stars, the court heard.

A written contract between the pair said that Stone would take a 20% cut of MrRutherford‘s gross income from work generated for him.

But Mr Rutherford, who starred in the latest series of Strictly Come Dancing, would sometimes have to wait up to three months for payments.

In March 2015 he arranged a meeting with Stone to discuss their arrangement, and Stone told him that he had lost £40,000 through a “bad investment”.

Judge Hillen said: “You lied to him, because what you were doing was to repeatedly betray the trust that he had placed in you, by getting your finances into such a state that you were spending money on gambling which should have been spent on your business and paying him what was owed to him.

“You told him that he had made a bad investment and that had resulted in him losing £40,000.”

Mr Rutherford terminated their contract shortly afterwards and in a later meeting Stone said he had lost the money because of his own gambling problem, not a business investment.

It was initially calculated by accountants that £62,800 was owed to Mr Rutherford, but this figure was later reduced to £48,488.

The court heard that Stone, with the help of friends and family members, had now repaid the full amount, but Judge Hillen said: “No-one can buy their way out of prison.”

Stone, who attended Loughborough University, looked over to family members in the public gallery as he was told he would serve a custodial sentence, one of whom burst into tears and blew him a kiss as he was taken away.

“He says he thinks about it every day, about his behaviour and the impact it had on others,” she said.

Two of his Olympic clients had stayed with them despite the charges he faced and three Olympians had submitted letters to the trial referencing Stone’s good character, she added.

GSE Management has since liquidated but Stone was taken on by another company, Active Eight Management, as well as some of his clients.

Mr Rutherford, who won a gold medal at the London 2012 Olympics and went on to secure bronze at the Games in Rio last summer, was not in court for sentencing.