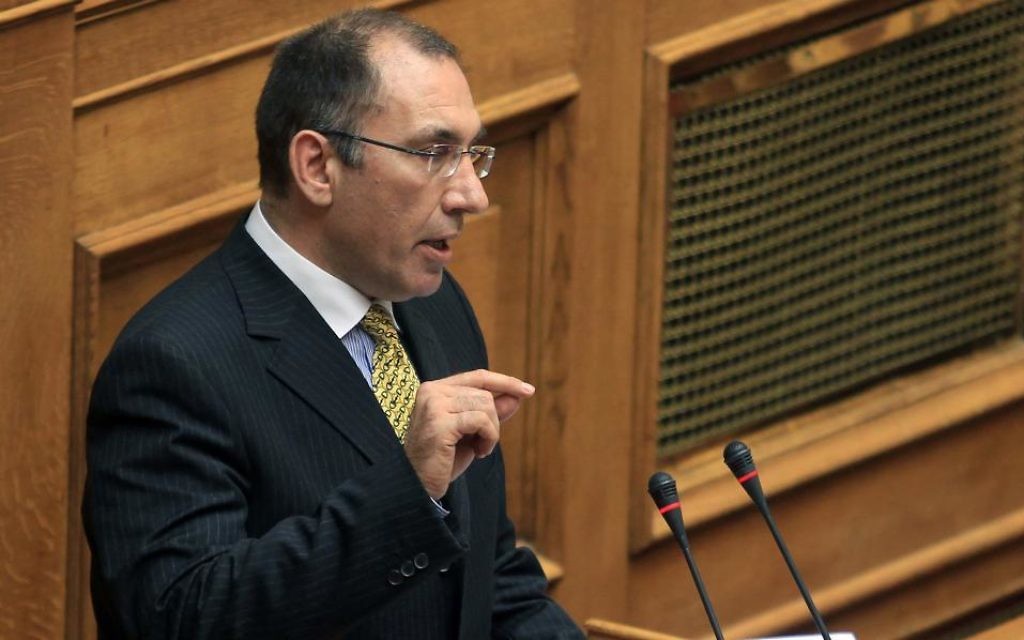 A Greek cabinet minister whose allegedly anti-Semitic Tweets contained the claim that no Jews went to work in the World Trade Centre on 9/11 has resigned just hours after taking up his post.

Right-wing politician Dimitris Kammenos had been appointed to a junior role in the transport ministry by Prime Minister Alexis Tsipras, who returned to power as part of a coalition government with the nationalist Independent Greeks after a general election earlier this week.

Anti-semitic, racist and homophobic tweets posted by an account registered to Kammenos – since deleted – have been catalogued online by The Greek Analyst news service.

They include a Tweet from 11th September 2013 which reads: “Don’t forget, no Jew went to work this day out of the 2,500 working in [the World Trade Centre].”

In another incident in April this year, he responded to a Tweet about rising numbers of recorded attacks against Jews from news channel Russia Today with the reply: “Have you recorded the attacks of the Jews against all of us?”

A post on Kammenos’ Facebook page this summer included an image of the entrance to Auschwitz superimposed with the words: “We will stay in Europe”.

It was blasted as a “hideous attempt to trivialise” the Shoah by members of the Greek Jewish community, despite the politician claiming the controversy it caused was the result of a misunderstanding .

In other posts, the former minister, 49, is said to have complained that neo-Nazi party Golden Dawn did not respond adequately to a “disgraceful gay parade”, and questioned whether the MH17 air disaster could have been a “9/11 conspiracy”.

His elevation to the cabinet immediately provoked controversy in Greece.

A spokesman for opposition party PASOK said: “Instead of turning its back on the past, the government is legitimising racism and anti-semitism.”

In a statement, Kamennos claimed he condemned all forms of discrimination.

He said: “I am opposed to any related posts which were perceived or were insulting to groups of fellow citizens.

“With this statement, I want to personally apologise to anyone disturbed and categorically condemn racism, homophobia and anti-semitism.”