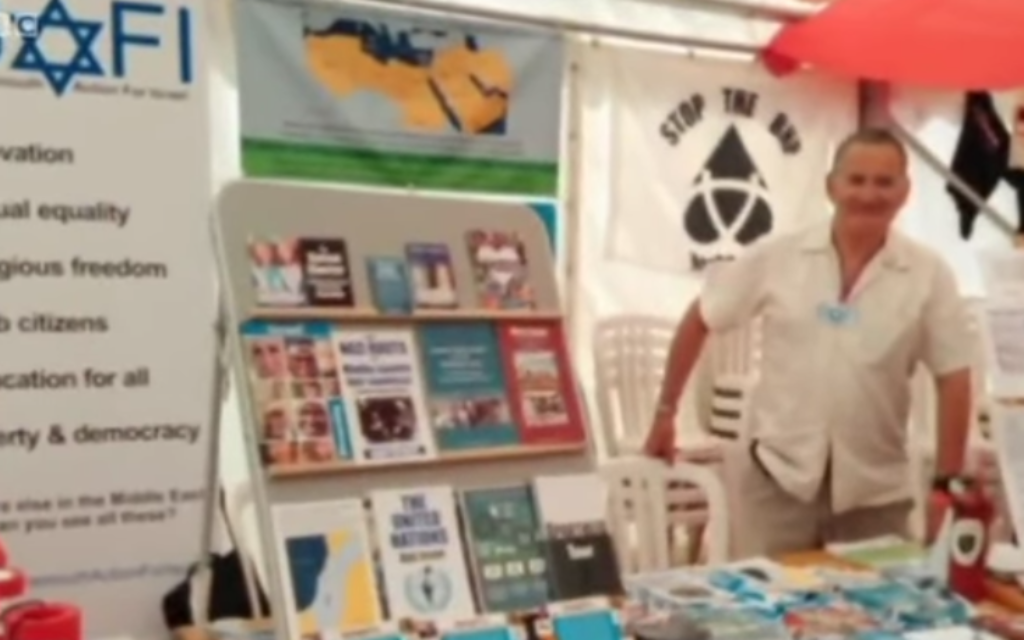 A grassroots group of Israel supporters in Bournemouth have told of being attacked by a “mob” as they were exhibiting at a trade union event.

Bournemouth Action for Israel, a local advocacy group, were invited to Tolpuddle Festival, which is organised by the Trade Unions Congress (TUC), and where thousands come every July to celebrate trade unionism.

However, within minutes there were confrontations with Palestinian supporters, and after several altercations and disturbances the group was asked not to come back the following day for safety reasons.

“We knew we were entering the lions’ den,” said BAI member Henry Schachter. “We expected some resistance, but not to that degree.”

Located three stalls away from the Palestine Solidarity Campaign, he said: “There was anger right from the kick-off. People started coming over, comparing us to Nazis, apartheid, child murderers, you name it.”

BAI members say there were people who genuinely wanted to have a conversation about Israel, but that at 11.30am, things went from bad to worse.

“Suddenly a mob of about ten or twelve people appeared, all in one go, shouting at us, hurling abuse, calling us fascists, telling us to get out, throwing books off the table,” says Shachter.

“Thankfully a lady from the [anti-fascist magazine] Searchlight stall next to us stepped in. She really defended us, telling them how disgustingly they were behaving. She really laid into them and eventually they dispersed.”

The BAI, formed three years ago, said it came to present an alternative view to the PSC, which has attended the event for many years. But after the disturbances, and several complaints, Shachter said his group agreed not to return the following day, after stewards struggled to maintain order.

A TUC spokesperson said: “The decision to ask the stallholders not to return for a second day was made after careful consultation and with due consideration given to our duty of care… Tolpuddle is a family-friendly festival, staffed by volunteer stewards, and we took the best judgement available to us at the time to stop tensions escalating.”

Pro-Palestinian activists said they spoke to organisers in response to concerns about “racist propaganda and misinformation,” but the BAI said they had as much right to be there as the PSC.

“We’ve already applied for next year,” said Shachter. “We’ll have to see what the TUC will do. If they allow us to go, we win, and if they don’t, we’ll make a hell of a stink, so it’s a win-win really. If we have to have a wall of police next year protecting us from attack, I’ll ask Palestinian supporters how can they blame Israel for needing a wall to protect them too.”