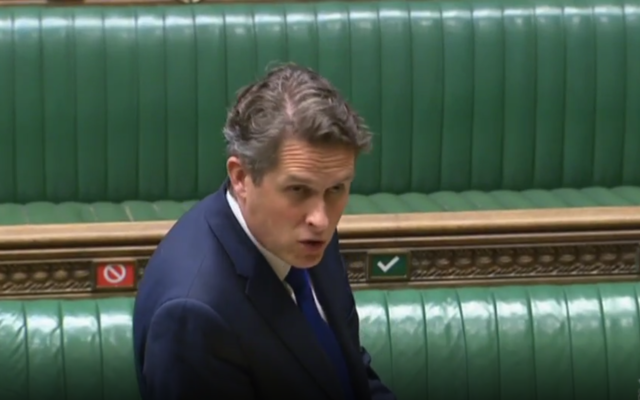 A Jewish MP has spoken out after a government minister suggested new free speech plans could protect Holocaust deniers.

Michelle Donelan, the universities minister, was grilled yesterday on BBC’s Radio 4 on the government’s free speech bill – and when asked whether the legislation would protect someone like David Irving, Donelan suggested it could.

“There is a difference between condoning, and supporting, something when standing up for free speech,” she said.

Charlotte Nichols, a Labour MP, who raised the issue in the House of Commons today, told Jewish News the government had to urgently rethink the plans.

“There is no academic merit in Holocaust denial or distortion, nor can exposure to such ideology be argued to enhance the university experience,” she said.

“The very act of “debating” the facts of the Holocaust makes it a debate when it is not, and makes campuses across the country less safe for Jewish, GRT, LGBT and disabled students, and the descendants of other communities persecuted by the Nazis.”

However, on Thursday Government ministers appeared to row back on the suggestion that Shoah denialism could be protected.

In response to questions in the Commons, Gavin Williamson, secretary of state for education, also said: “Let’s be clear madam deputy speaker – this legislation will never protect Holocaust deniers.

“It protects free speech within the law … This legislation will not allow Holocaust deniers to spread their hate and misinformation.”

Hope not Hate, the anti racism charity, has launched a petition against the proposal. “The Holocaust is a historical fact. Those who deny that are seeking to spread hate,” the charity said.

“The idea that a Holocaust denier could receive compensation under this new bill if they were refused a platform at a university shows how ludicrous government thinking is on this issue.”