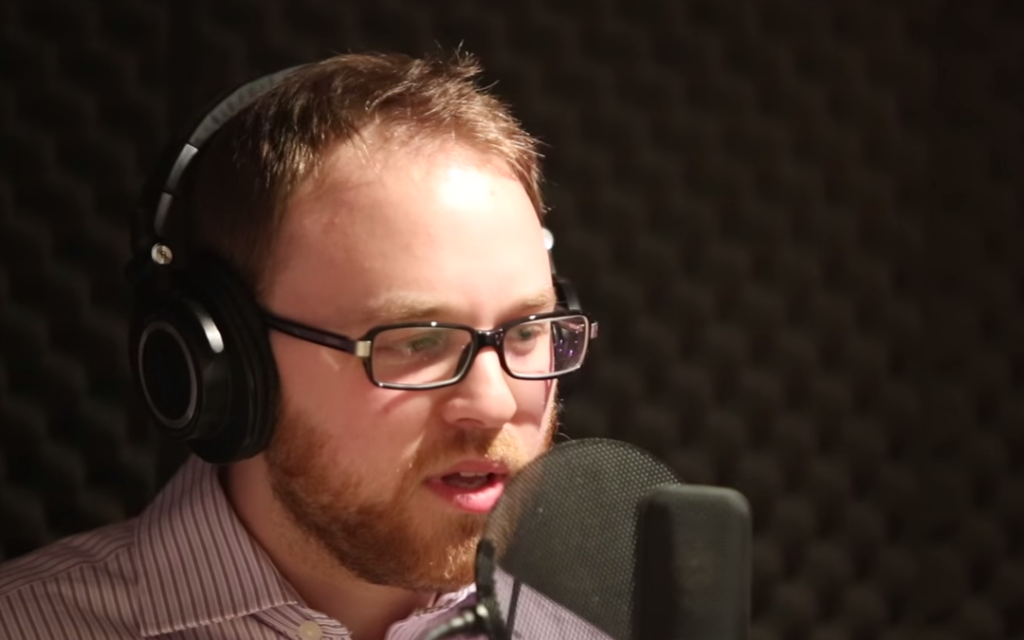 Most people associate charity fundraising with fun runs and skydives – but one married couple decided to think outside the box and create their very own charity single as a tribute to their grandparents.

Ariel and Sara Shapiro sadly lost three of their grandparents in the space of just 18 months, but were determined to create something positive to remember their loved ones and while raise money for Jewish causes close to their hearts.

The Edgware couple, armed only with one GCSE in music between them, set out to raise £4000 for Chai Cancer Care and US Futures, and promised to release their song ‘Gone but Never Forgotten’ when they hit the £2,500 mark.

So far, they have managed to raise an impressive total of £2,910 and the heartwarming tune has hit YouTube – accompanied by a touching video featuring poignant home videos and family photographs.

Recording and releasing the song has proved to be a personal milestone for PR professional and lyricist Ariel – who sang the melody, harmony and backing vocals – who had to give up a career in teaching due to throat problems.

After years of treatment from ear, nose and throat specialists and speech therapists, he began seeing vocal coach Natalie Austin, who helped him with his singing and said he was a “real pleasure” to work with. Natalie also co-wrote the song.

Ariel, 27, said: “I have had many issues with my throat over the years. It was a fantastic experience because it was something that I never thought I was capable of doing.

“With enough self-belief and support you can achieve anything.

“Whilst neither of us are professional songwriters or singers, it was a way for us to express feelings about our grandparents and do something that would be positive in their memory given all the negativity and sadness that accompanies losing a loved one.

“We thought the message of the song would resonate with most people.”

The couple have raised almost £3000 so far

Ariel and Sara, who works as an early years Jewish Studies teacher at Rosh Pinah primary school, said the project – which was three months in the making – was “one of the most wonderful experiences”.

“We have been completely blown away by people’s generosity and warm wishes and are extremely grateful to those who have helped us along the way. We hope that this is a fitting tribute to our wonderful grandparents whom we miss very much”.

The couple’s choice of charities are closely linked to their late loved ones.

They lost two of their grandparents to cancer, and all three were “passionate that the next generation should have a deep-rooted connection to Judaism”.

Ariel and Sara, 24, are now just over £1000 (excluding Gift Aid) away from reaching their original target – and donations for either charity are still being accepted on their JustGiving page.