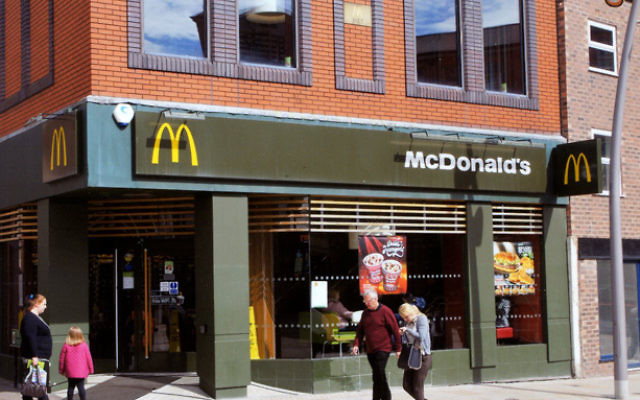 A McDonald's restautant in London.

A nine-year-old girl might be ostracised from an strictly-orthodox Jewish community after her mother allowed her to eat McDonald’s fast food and go to a mixed-sex gymnastics class, a family court judge has been told.

The girl’s father told Judge Laura Harris that he feared his daughter would be shunned by relatives and friends.

Family court litigation had started after the girl’s mother left her husband and moved away from the strictly-Orthodox community in London.

Judge Harris said the woman became disillusioned and frustrated by the restrictions placed on her.

A judge had ruled that the girl should stay with her father but spend time with her mother.

The man then complained about the lifestyle the girl led when with her mother.

He complained that the girl had been allowed to eat McDonald’s food and attend a mixed-sex gymnastics class.

The man also complained that his estranged wife had driven with the girl on the Sabbath – once taking her on a trip to Southend in Essex – and had “dressed inappropriately” when picking the youngster up from her ultra-orthodox Jewish school.

Detail of the case has emerged in a ruling by Judge Harris following the latest round of litigation at a family court hearing in London.

She did not identify the family involved.

The judge said the woman had promised not to allow her daughter to eat meat in future.

But the woman objected to her daughter being made to leave a mixed-sex gymnastics class.

And Judge Harris said the woman should not be forced to remove the girl from the class.

The man had hired a private investigator to follow his estranged wife, the judge heard.

Judge Harris said the man had “repeatedly emphasised” his fear that the girl would be ostracised from her community.

She said she was “very mindful” of that risk.

In November a ruling by another family court judge revealed that a Jewish man who left an ultra-orthodox community after splitting from his wife was accused of letting their two young children ride their bikes on the Sabbath and watch television.

The man’s estranged wife told Judge Judith Rowe of her concerns about what the children were allowed to do when they visited their father.

She said she was afraid of them being “exposed to an alien way of life” and of religious rules being broken.

Judge Rowe had made decisions relating to when the children, who lived with their mother, should spend time with their father.