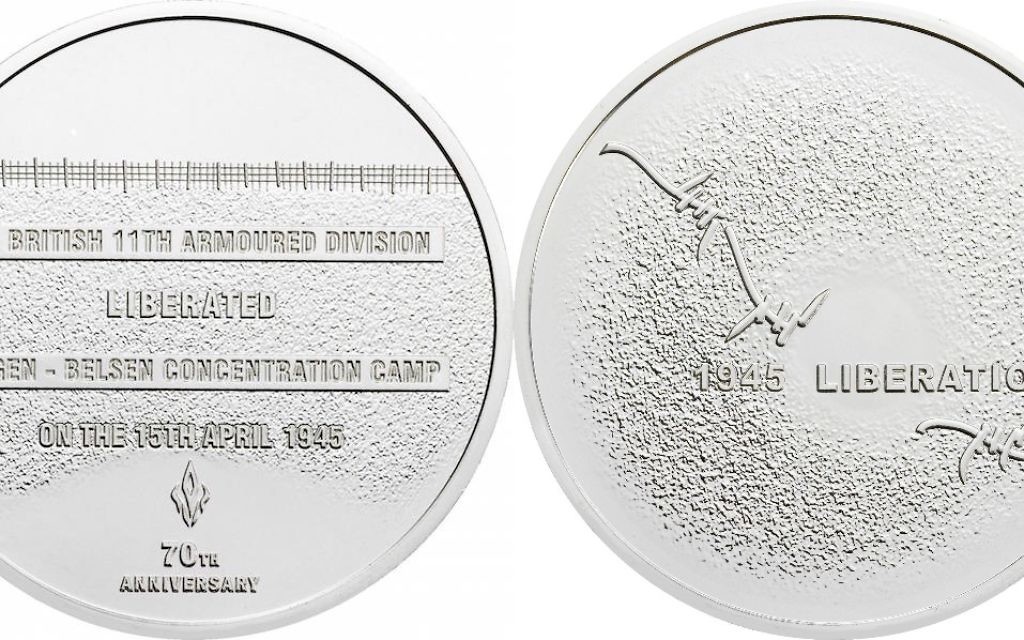 A commemorative medal produced by the Royal Mint to mark the 70th anniversary of the end of the Holocaust was launched by George Osborne last night.

Commissioned by the Chancellor and Communities Secretary Eric Pickles, it features on one side the words ‘Liberation 1945’, breaking through barbed wire. The reverse side commemorates the 11th Armoured Division, the British forces that liberated the camp.

A limited number of medals – an initiative of the Holocaust Educational Trust and designed in conjunction with the Chief Rabbi – will go on sale to the public through the Royal Mint’s website. But during a reception at 11 Downing Street, Osborne presented the first medals to a small number of survivors including Ben Helfgott and Gena Turgel, who addressed the event.

To applause, he also vowed that a re-elected Conservative Government would continue to fund the Trust’s Lessons from Auschwitz project – which enables two students from every school and college in the country to visit the camp themselves.

This funding has so far enabled 25,000 young people and teachers to make the trip and to convey their experiences to their peers. Nick Clegg said he would ensure that any future government of which he was a part would guarantee this £9m funding until 2020*.

Paying tribute to the Trust’s work in front of an audience that included the education secretary Nicky Morgan and culture secretary Sajid Javid, the Chancellor said the murders last week in Paris showed the importance of educating the next generation about the Holocaust and that Jews continue to be targeted for attack even today.

Pickles – whose department funded the project – said: “Shining a light on the darkness of the Holocaust is no easy task. Not easy because it involves reliving one of humanity’s most shameful periods. It means retelling stories that are sometimes too shocking for words. But there is only one way to avoid such monstrosities again – through constant vigilance for the first signs of intolerance.”

HET chief executive Karen Pollock described the medals as a “perfect tribute” which will “mean a great deal to the Holocaust survivors who rebuilt their lives in Britain after losing their homes, families and communities at the hands of the Nazis”.