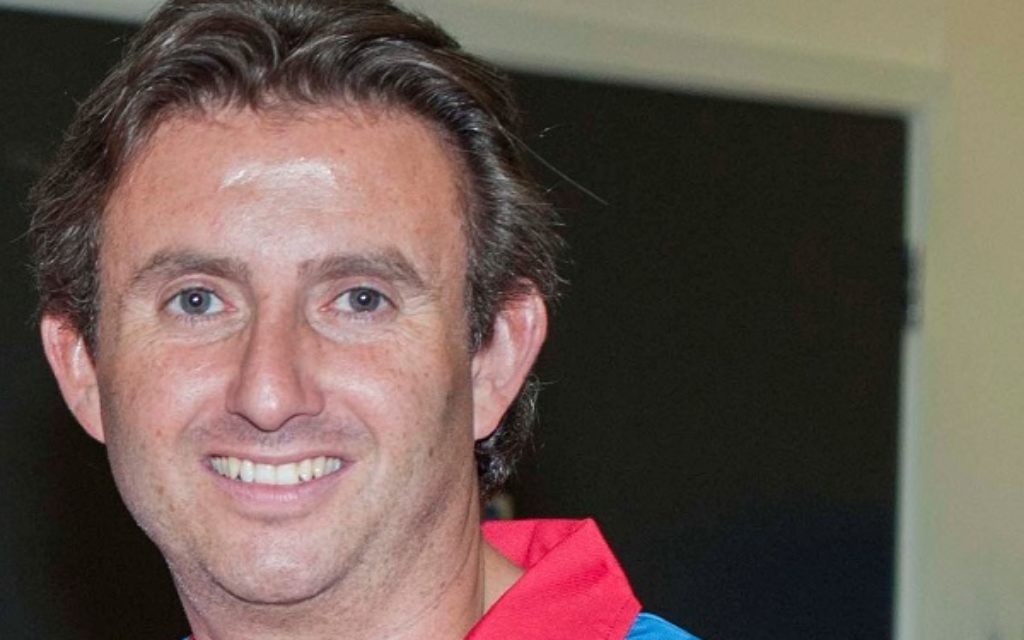 Daniel Collins, the Head of Team GB’s delegation to the European Maccabi Games, which begin on Monday

The head of Team GB’s delegation for the European Maccabi Games says he can’t wait for the 14th edition of the Games to get underway, as Germany gets set to provide a poignant and emotional setting.

Daniel Collins will be overseeing GB’s largest ever delegation to a EMG, with 192 athletes taking part in 12 sports – badminton, basketball, bridge football, futsal, golf, half marathon, squash, swimming, table tennis, tennis and tenpin bowling. In total there will be 250 representatives from GB in and around Berlin’s Olympic Park, who will be part of more than 2,000 Jewish sportsmen and women, who will be taking part in 19 different sports across nine days of action.

With preparations having been in place for the best part of 18 months, the team are now ready for the start of the Games, which get underway on Monday. Collins said: “We started very early preparing for them, literally the moment the previous one’s finished, we’ve had management in place since before the end of 2013. I was keen to make sure everyone has a full experience, and not that just turn up and meet their teammates there. All the squad have been together now for pretty much a year and now we’re all geared up to go out to the Games at the weekend.

Proud of leading GB’s largest ever squad, he said: I’m very proud of what we’ve been able to achieve, not just from myself but the whole team, the team managers and organising committee – in being able to go out there and get the interest in the Games.

“Being in Berlin will be very special. People have been interested in going, they’ve wanted to go and it hasn’t been as hard as perhaps we thought it may have been. When you sit down and set a price at the beginning of a project, you think ‘will you get the interest?’ We had a fantastic response to Vienna in 2011 and our target was always to surpass that, so I’m truly proud that we’ve able to do that and give a big opportunity to get a lot of people out there.”

Not setting his sights on any targets in terms of medals, he says: “My aims are for our teams to do well, to have a fantastic appearance, to make friends, but I think it’s unfair to set a medal tally. You never know who you’re going to come up against at a European Games. In a Maccabiah in Israel you know what the sort of standard will be, with a European Games you don’t. So many countries have now been invited from around the world, you just don’t know the quality of say an Argentinian or Mexican football team, an Australian or South African futsal team. Australian tennis players could be of a national quality, there’s a professional squash player, who’s ranked fourth in Slovakia and in the world’s top 100, there’s always world-ranked table tennis players who turn up.

“I expect to do well, I expect us to pick up medals in most of the sports we compete in, but I think it’s unfair on anyone to put pressure on them to comeback with a certain amount of golds.”
Being held in Germany for the first time, Berlin’s Olympic Stadium for the Opening Ceremony in particular, will provide a deeply sensitive backdrop. “The fact the opening ceremony will be taking place there was one of the driving forces for me to get people there,” he says. “I think Maccabi is one of the only organisations in the world which could put on something like this. The memorial we’re holding before that on a parade ground where you had half a million soldiers…we’ll be standing there. It will be extremely emotional for everyone, for the people who had relatives involved in Germany, for the Germans who have come back and for all of us who will be there supporting them.”

What though would make him happy? “As long as everyone enjoys the experience and we come back with some medals, I will be very happy with that.”