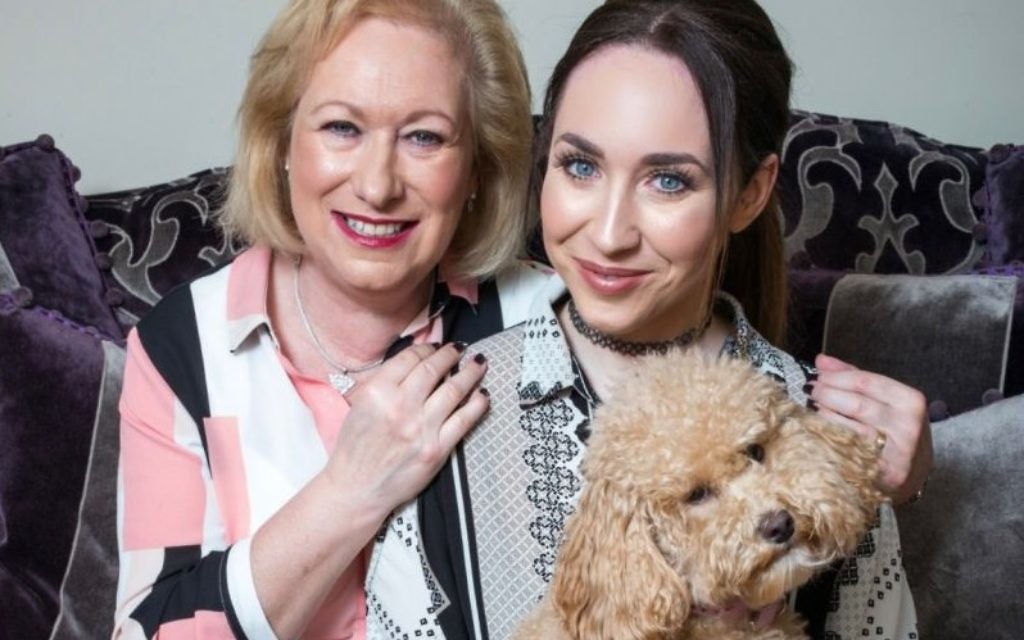 A young Jewish woman who had both breasts removed last year to avoid a deadly cancer in her family has urged all Jews to get tested – including men.

Gaby Jacobs, 26, a make-up artist from Borehamwood who had a preventative double mastectomy six months ago, heard her mother Alison speak in Parliament last week about her ongoing battle with breast and ovarian cancer.

Alison Dagul, 55, from Hampstead, said she was left “heart-broken” after learning that she had passed the BRCA1 gene mutation down to her daughter, but was pleased Gaby acted swiftly after tests confirmed she was a carrier.

The genetic mutation entered the public consciousness in 2013, when actress Angelina Jolie revealed that she too carried the BRCA1 gene mutation, and had had both breasts removed to reduce the 85 percent risk of developing breast cancer.

This week Gaby said the decision to have the operation last year was “the best thing I ever did,” adding that she wanted to raise awareness of the deadly genetic inheritance in the Jewish community, where it is particularly prevalent. One in every 40 Jews are thought to carry the faulty gene, they said, but many don’t realise that it can be passed along the paternal line too.

Alison, who was diagnosed with breast and ovarian cancer in 2014 after inheriting the faulty gene from her father, spoke at Parliament last week as part of Ovarian Cancer Awareness Week, and firmly backed Gaby’s decision.

“It’s not a boob job, it’s a life-saver,” she said. “There was no option. She’d seen the suffering cancer and chemotherapy brought to my life. Her breasts were ticking time bombs waiting to explode.”

Addressing MPs, she said: “I’m sure many of you have absolutely no idea that a father can give this terrible gift to his daughter. I inherited it from my father. I’d always assumed, incorrectly, that it was only passed down the maternal side. It was this mutation that caused both my cancers.”

She added: “Just being Jewish put me at risk, but no-one thought to run a simple and cheap CA 125 blood test, so eight months went by before I was diagnosed. It was like receiving a death sentence for a crime I did not commit.”

Gaby, who expedited her wedding to her now-husband Adam, has been told she must have her ovaries removed before she is 35 to reduce the risk of ovarian cancer, which is referred to as the ‘silent killer’ because of its lack of symptoms. She has been advised that she can have a form of IVF known as PGD, which screens and only uses those embryos that do not carry the BRCA1 or BRCA2 mutation, thereby stopping this deadly inheritance.

“Look into your family history,” she urged the Jewish community. “Every Jew should be BRCA tested because both men and women can be carriers. I know it’s scary, but you can save your life. A lot of people put their head in the sand about it, but it’s so important to know. Knowledge is power.”

If you are worried that this may affect you or your family, visit your GP to find out more and to ask if you can be tested. If you can’t be tested on the NHS but still want to know, visit www.color.com which offers paid-for spit tests. If you know you are a carrier, Caroline Presho runs the BRCA Umbrella support forum, visit www.brcaumbrella.ning.com.