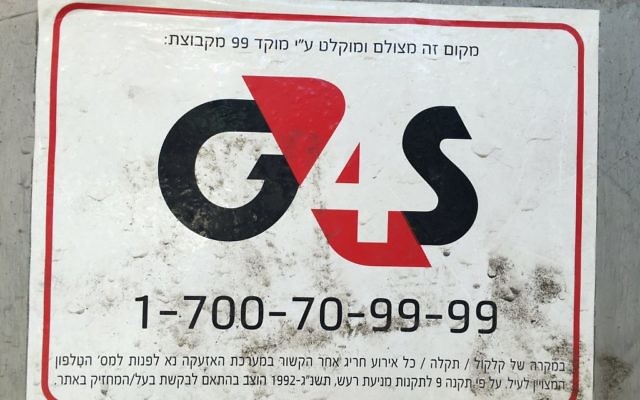 Security group G4S has reached a deal to sell its controversial Israeli operations to a local private equity fund for £88 million.

The unit – which provides manned security and security systems across Israel – will be sold to FIMI Opportunity Funds.

The deal is expected to be completed within three months.

G4S Israel has faced criticism from pro-Palestinian campaign groups for the unit’s role in Israeli prisons, checkpoints and settlements, but a spokesman for G4S said that the sale was an entirely commercial decision.

Chief executive Ashley Almanza said: “The sale of our business in Israel is part of our active portfolio management programme announced in 2013 to improve our strategic focus and capital discipline.

“G4S Israel is a well-managed business that will grow and prosper as part of the FIMI group, providing a positive future for our 6,000 colleagues in Israel and long-term, high-quality service and support to customers operating in the Israeli market.”

The group will still maintain a presence in Israel through its stake in a national police training centre which opened in April 2015, and senior management at G4S Israel will stay with the business after the sale.

In September, G4S reported that it had secured new contracts worth £2 billion that it said would deliver revenues of £1 billion per year.

It came as the company reported a 5.7% rise in revenues from continued operations at £4.8 billion over the first nine months of the year, compared with the same period in 2015.

It was welcome news for the firm, which warned in August that lower economic growth and a potential skills shortage after Brexit could hit the business.