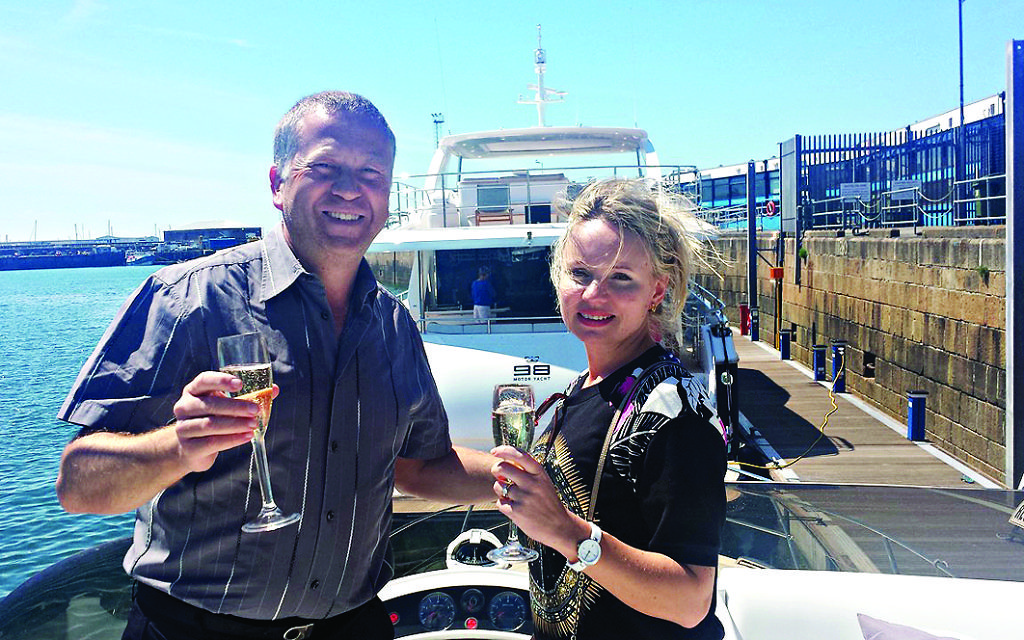 I don’t believe Jersey is too well-known to the Russians. You see, my wife’s from Russia and when I told her I’d picked Jersey for our anniversary break she was expecting a night out at a very popular West End show.

Jersey Boys is terrific, but our short break was better. Indeed, to paraphrase one of the show’s biggest hits, we couldn’t take our eyes off some of the stunning scenery at this Channel Island destination… it was almost too good to be true.

After a flight lasting less than an hour from Gatwick, we were amid superb beaches, glorious castles, delightful countryside and great dining experiences. What more could you want from a retreat outside London?

The island does not have as many tourists as in previous years – with low-cost flights tempting holidaymakers to choose the likes of Spain and other destinations – but those heading for the Med are missing out on a gem in Jersey.

Talking of gems, we found the jewel in the crown in our choice of hotel. Longueville Manor encapsulates luxury and we enjoyed everything the hotel had to offer combined with getting out and about.

Our hotel was like taking a step back in time – not just because the first building on this site dates back to 1332. The refurbished manor house boasts the sort of service that sometimes feels as if it belongs to a bygone age. Nothing is too much trouble and, at times, you are truly made to feel like royalty.

The swimming pool and its terrace

It is set in huge, picturesque grounds, where a stroll is a must, especially after tucking into the hotel’s delicious food. My wife, Liudmila, and I enjoyed a sumptuous afternoon tea, the scones from which were the finest we had ever tasted. It was a delicate balancing act trying not to get too full for dinner, where we feasted on the Discovery Menu – a tasting sampler comprising mouth-watering fish dishes. Many ingredients, such as herbs, fruit and vegetables, are grown in their gardens.

The next day it seemed a good idea to run off some of those unwanted extra calories and the hotel’s tennis court was the ideal spot for that. Fortunately, Mrs Silver does not take after her compatriot, Maria Sharapova. Victory on the court left my fast-ageing bones aching, but the hotel’s recently-added spa came to the rescue with its therapist skilfully untying any knots. The facial treatments are also excellent.

The weather was on our side as we then took a dip in the large outdoor pool as the chef prepared a delicious barbecue. The hotel constantly presented us with the ideal chance to unwind – and we made the most of it.

One of several highlights was an outing in the hotel’s private yacht, Fizz Too, on which we were taken around the island and given an impromptu tour by the skipper. He pointed out some magnificent homes, including a huge building where former motor racing champ Nigel Mansell resides. Guests can charter the yacht for half or a full day and it’s the ultimate treat. It doesn’t come cheap but it seemed more realistic than the yacht moored next to us, which was on sale for a cool £7 million.

Leaving this hotel during your stay may appear a bit foolish, but Jersey has so much to offer that we just had to venture out.

Longueville is situated not far from the very pleasant capital of St Helier, although everywhere is within easy reach, with the island being just several miles long and wide. Hiring a car is a good option (they drive on the right side… the left!).

We took a trip to the Jersey War Tunnels – a few hours well spent as you learn how the island coped under German occupation during the war. It leaves you with a chilling feeling knowing just how close Hitler’s troops were to our South Coast.

Over time, the Germans implemented a number of rules on Jersey. I was curious to read that “Islanders are not permitted to own more than one dog”. But the one preventing all civilians from possessing a radio made more sense as it cut them off from the good news slowly emanating from Great Britain.

There were a few examples of how the enemy started to single out Jews: “All Jewish businesses were to display a yellow printed notice” came the order in October 1940. Seven months later, “Jewish businesses banned from trading”.

Jewish interest can be found at the Jersey Museum in the form of Claude Cahun, a French artist, photographer and writer who publicly fought Nazi tyranny. She was an active resistance worker and produced anti-German fliers. Cahun survived the war, dying in 1954.

If the weather remains favourable – and Jersey does enjoy better summers than the UK – then its beaches are an absolute delight. Our favourite was St Brelade’s Bay, about a 20-minute drive from our hotel. The vast beach area boasts soft golden sand, the scenery is pretty and there are adequate places to eat and drink. Nearby St Aubin’s Bay is another good choice and here there is more to do in terms of shopping, including antique shops and an art and craft gallery.

The taxi drivers were telling us that the “bucket and spade brigade” are relatively small in number these days and that Jersey is attracting a more upmarket crowd. Well, for me, it still seems an ideal destination for a family break.

Families and the more discerning traveller alike will enjoy good food and scenery at Sumas restaurant in the picturesque harbour setting of Gorey. Its menu boasts excellent, locally-caught, fish, among other dishes – and sitting al fresco is lovely as the harbour is right in front of you and the iconic Mont Orgueil Castle stands to the left. The prices are reasonable considering the quality of the fare.

After a glorious few days, we were chuckling on the flight home as I reminded Liudmila about her mix-up with the Frankie Valli hit show. Next time, I told her, we’ll see the Jersey Boys but, for now, it‘s a case of Let’s Hang On to those wonderful Jersey memories.