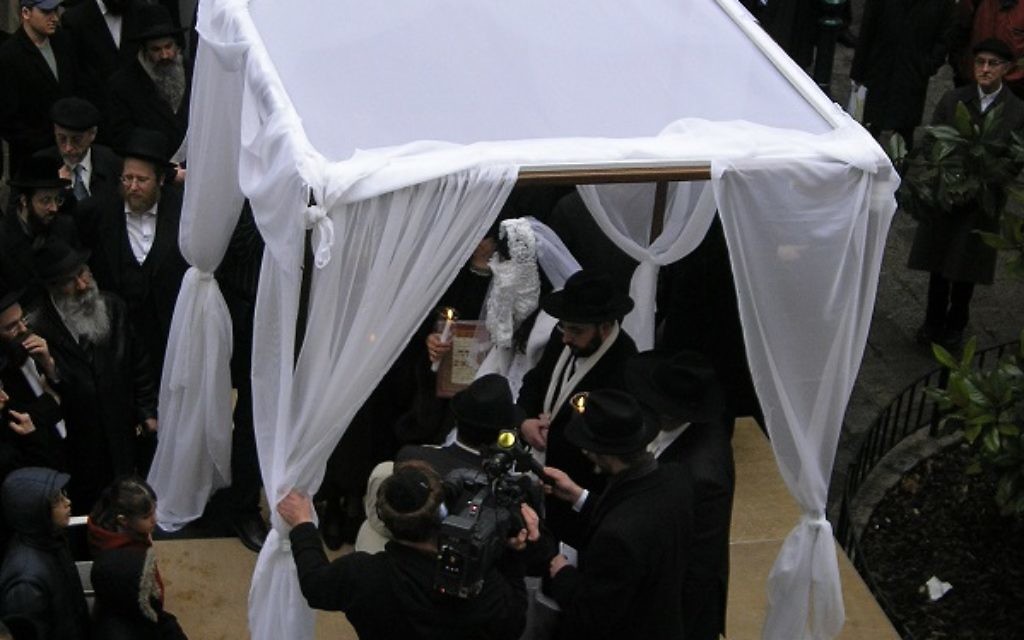 There has apparently been a rush of Jewish couples looking to choose the rabbi who marries them, following the abolition of marriage registration zones in Israel under the controversial Tzohar law passed in February.

It will be interesting to see how many of them take up the even newer change introduced last month: the option to sign a prenuptial agreement on arrival at the marriage registrar’s office before any religious ceremony is conducted.

These agreements, suggested by Israeli Justice Minister Tzipi Livni and authorised by the Tzohar rabbinical association, are designed to help prevent the phenomenon of spouses refusing to grant or accept a divorce, thus tying their partner indefinitely into the marriage.

The agreement states that should a spouse refuse to grant or accept a divorce, they must pay NIS 6,000 a month (around £1,000) or half their salary, whichever is higher, to their partner until the divorce is resolved.

These may appeal to wives more than husbands and especially those who fear becoming victim of a get withholding down the line.

Under religious laws (halacha) dealing with Jewish marriages, only a husband has the power to grant a get, or religious divorce, and to present this document to a wife to ensure a divorce can be finalised.

The result is thousands of women in the Orthodox Jewish community, who are seeking a religiously valid divorce, have been left trapped in a religious marriage, sometimes years after their civil marriage has been dissolved. This, it is often argued, is a form of emotional abuse and not what Jewish law intended.

Jewish communities and rabbinical associations are increasingly speaking out in protest against the plight of ‘chained’ wives (known as agunahs). The wife must accept the get for there to be a religiously valid divorce, so it is possible she can use this as a lever, too.

Interestingly, the Jewish Court Administration has advised that while there are hundreds of cases of chained women in Israel, there are just two chained men. Husbands often use the get as leverage to pressure their wives to accept a reduced financial settlement or a particular arrangement about their children.

Under current legislation in rabbinic courts, there are various sanctions to encourage them to provide the get and punish those who refuse. They can be fined, have their passport, credit cards and driving licence taken away, be ostracised from the community and, most effectively in extreme cases, they can be imprisoned for up to 10 years.

Since the law is failing to adequately protect wives from this abuse of the religious law, two main reforms are being actively backed.

The first, as discussed, is the introduction of a default prenuptial agreement for every wedding conducted. Couples will be presented with it at the marriage registrar’s office and encouraged to sign up before the religious marriage ceremony.

The second proposed change is to the legislation dealing with the maximum term of imprisonment for the refusing party. Under a bill backed by Israeli Politician Michal Rozin, which has already received a preliminary reading, the maximum available jail term would double from 10 to 20 years. This is in keeping with recent advances in religious case law since the Israeli Supreme Court decision in April last year that a refusing husband be detained in prison indefinitely.

There are other proposed advances, including allowing Jewish courts increasing power over restricting the lives of husbands in prison, such as limiting their phone calls and reducing visitors.

There is also a push to make the refusal to grant a divorce a criminal offence. This would allow extradition and deal with the common problem of husbands disappearing to other countries for refuge.

Whether all of these sanctions are ratified and –  if so – their effectiveness remains to be seen.

Over Passover, Jews remembered the exodus from Egypt. While we rejoiced in the freedom from slavery for which our ancestors fought, we should also have looked to the future.

What’s important is that the problem of women caught in the trap created by religious law has been recognised, that solutions are being discussed and that the protest against the manipulation of religious law continues to be made loud and clear.