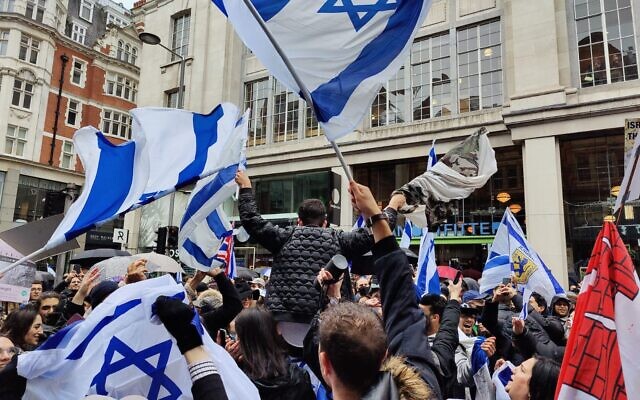 Around 1,500 people assembled in central London on Sunday in support of Israel.

An estimated 1,500 people took to the streets of rainy central London on Sunday afternoon to proudly state their support for Israel.

The rally, organised by the Zionist Federation of UK and Ireland (ZF UK), took place outside the Israel Embassy in Kensington. A croaky Ambassador Tzipi Hotovely addressed the crowd, telling them she had lost her voice in recent days while “loudly standing up for Israel”. The envoy thanked British Jews for their support and said “Israel sees you and hears you and thanks you.” 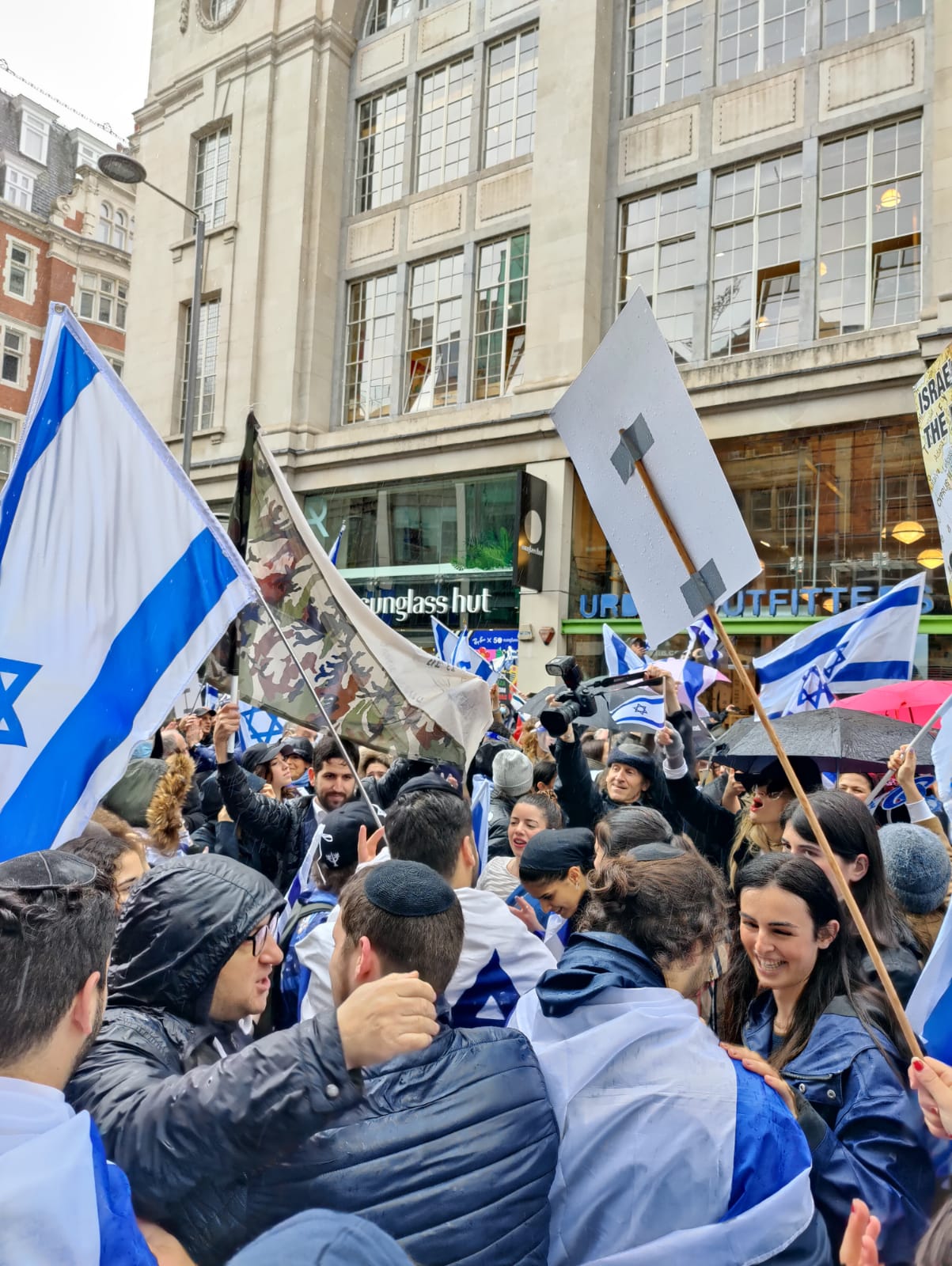 While the good-natured crowd sung Hatikvah and God Save The Queen, a counter demonstration gradually grew in numbers down the street. Around 50 people, mostly young men, arrived by 2.45pm, attempting to drown out the singing of Shalom Aleinu and Od Avenu Chai with screams of “Allahu Akbar” and “Free Palestine.”

A minority of pro-Israel supporters attempted to engage the counter demonstration with chants of “Tell no lies, tell the truth. Gays in Gaza thrown off roofs”, “1, 2, 3, 4, we want peace, you want war” and “Free Gaza from Hamas.”

The anti-Israel crowd grew increasingly hostile as the event drew to a close, facing up to police, who were in attendance in huge numbers, and chanting: “F*** Israel” and “What do we think of Israel? S***. What do we think of s***? Israel.”

A JLC spokesperson said: “Stephen Yaxley-Lennon, or Tommy Robinson as he likes to be called, was not invited today. Nor was he in any way welcome. We do not want his ‘support’ and we ask him to stay away from future events. Today is about supporting Israel, not spreading hate.”

A Board of Deputies spokesperson added: “Stephen Yaxley-Lennon, aka Tommy Robinson, and supporters of of far-right extremist organisations like the English Defence League are not welcome at our community’s events. Their message of hate and division must be confronted and defeated. We utterly reject their bigotry.”

The event was hastily organised in the wake of a 600 percent rise in antisemitism linked to the recent 11-day conflict with Hamas, according to the Community Security Trust. 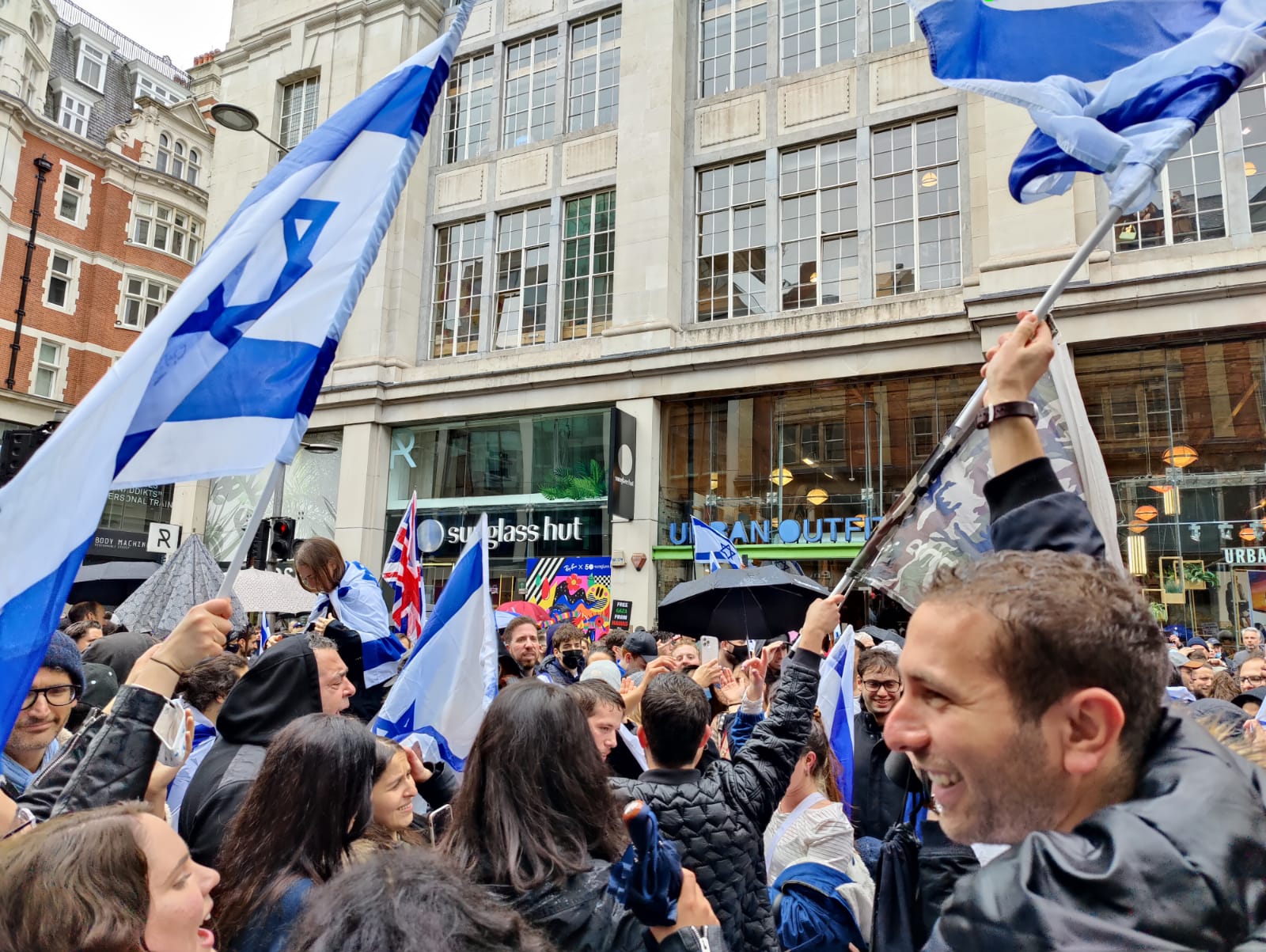 Speaking ahead of the event, Charney said: “Perhaps now more than ever, it is crucial that British Zionists vote with their feet and come out in force. We are also seeing an unprecedented rise in antisemitism, and by attending this rally we are all reiterating that we will not be cowed by it. We hope that our friends in Israel see this act of solidarity and know that they are not alone with many supporters in London. 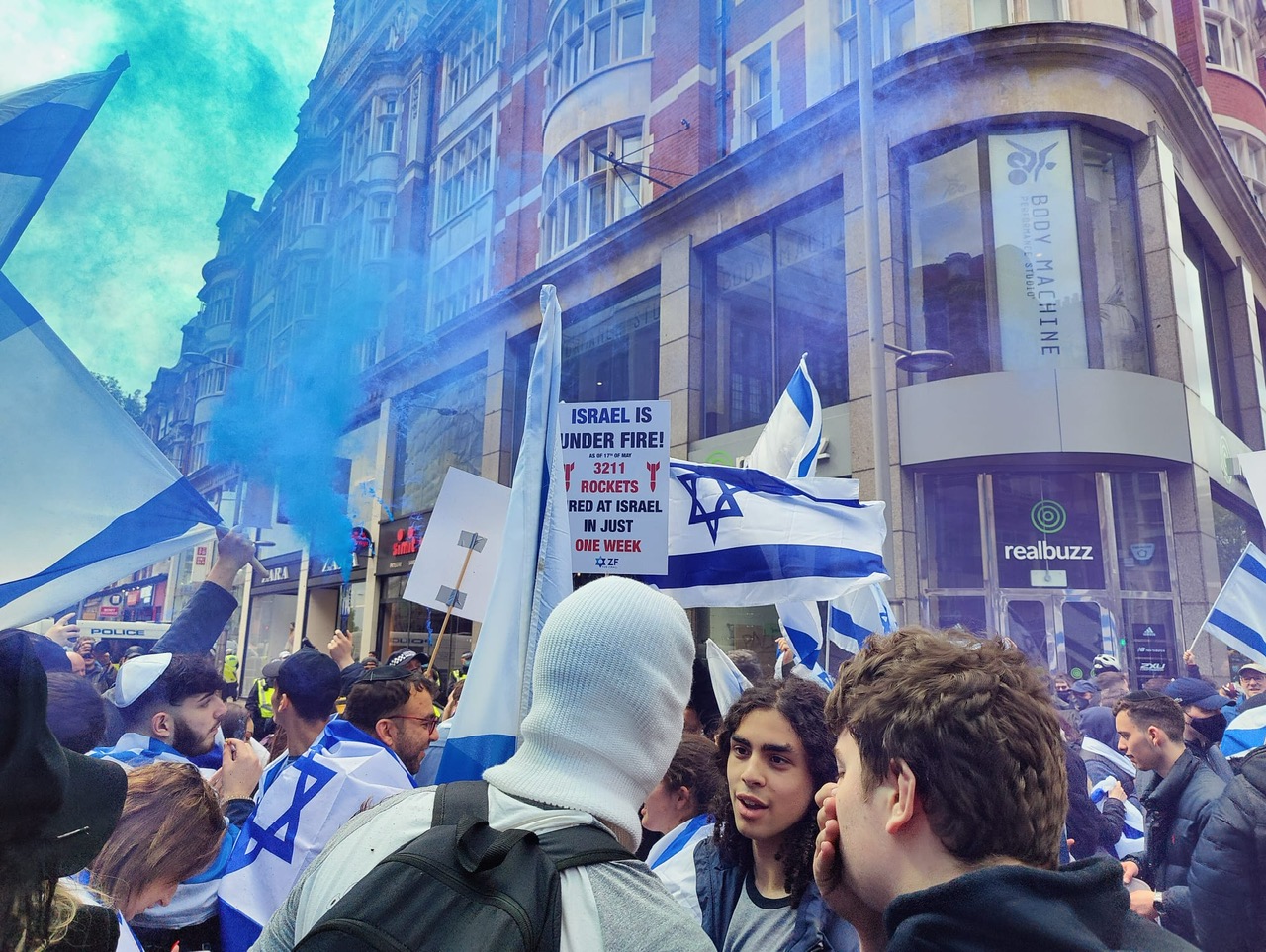