Many ex-soldiers turn to art after a career in service, but one former sniper who spent two decades in the Israel Defence Forces has taken the trade a step further: he uses guns, not brushes.

David Roytman blasts colours into abstract patterns with automatic rifles and even a tank at live-fire ranges converted into studios.

The bags of paint then spatter onto the canvas behind in a style reminiscent of Jackson Pollock.

It’s a loud process but, for the 42-year-old, nonetheless therapeutic: “This is my healing by art. 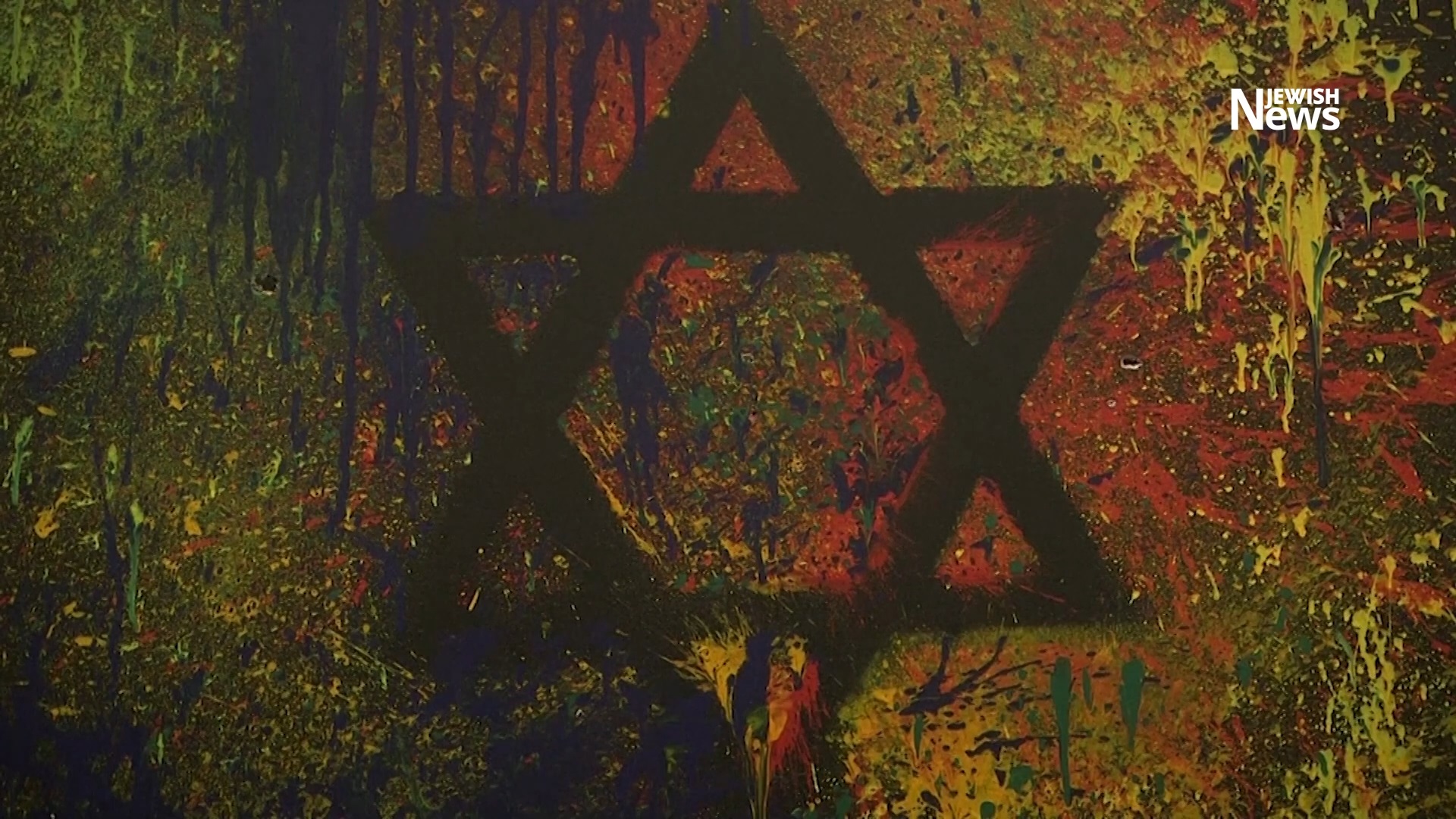 “When I’m shooting — not on people, not in a war, not during the military service — I’m doing this for my, let’s say, fun, for my way to say something to the world.

“It makes me feel at peace.”

Roytman uses a pistol and rifle at a ranch in Israel and the cannon of a Second World War-era tank in his native Ukraine to shoots into the bag of paint.

Amid the resulting splashes and holes, he intersperses letters in Hebrew, English and Russian, seemingly at random — an invitation on the viewer to form words.

Royman says his art’s message is that “everybody needs to think, when they are sending their boys to fight, to protect their country — they need to remember that when they come back they need support.” 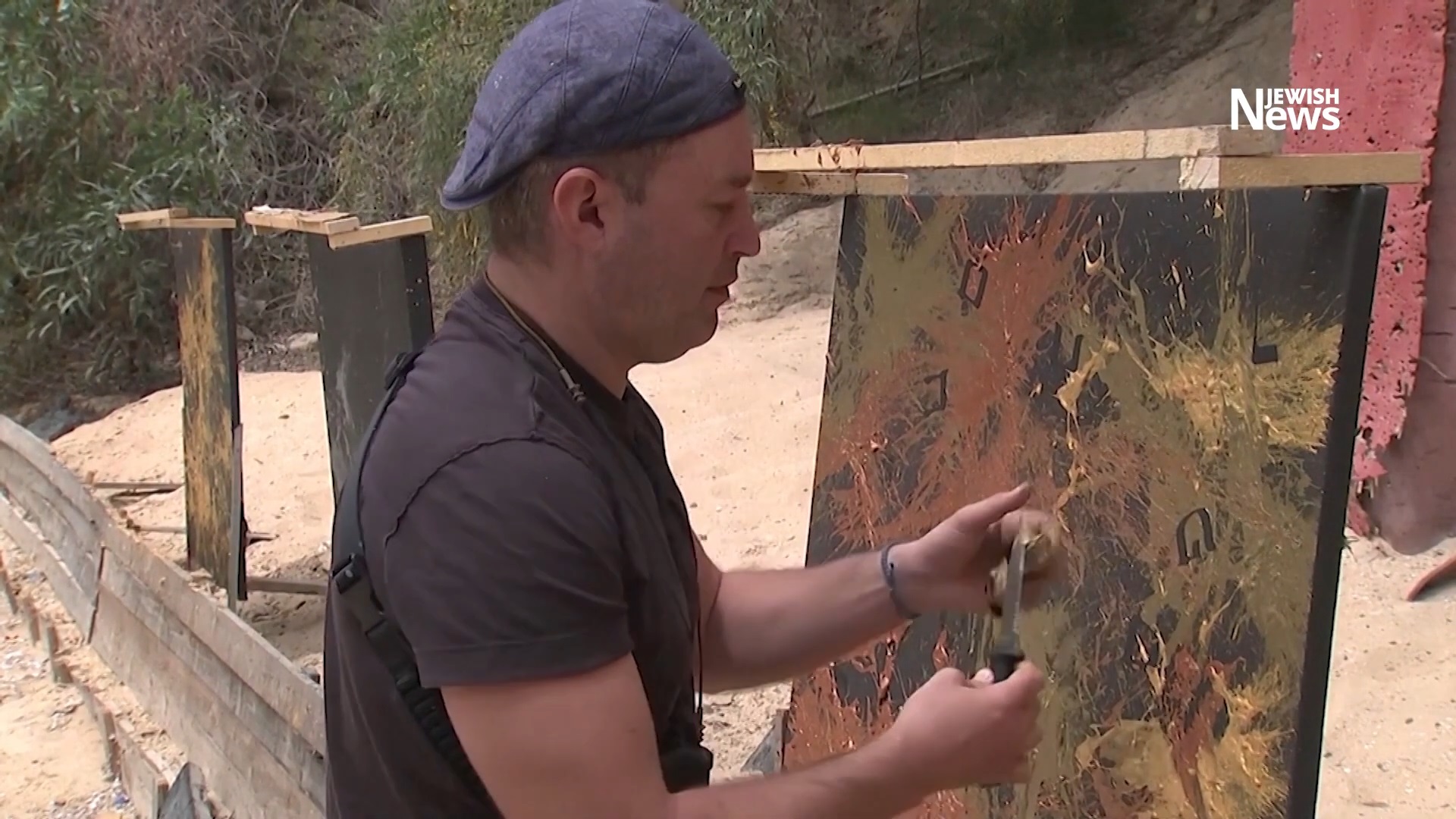 The lettering is exposed after the explosion (Photo: Reuters)

“And if I can talk about [mental health] on this unique way in the pieces of art, so my mission was completed.”