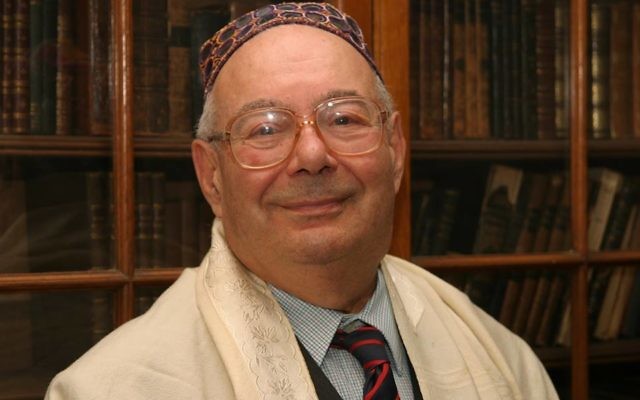 Rabbi Blue shot to fame on BBC Radio 4’s Thought For The Day, and stunned listeners when he announced he was gay.

The 86-year-old, described as “God’s best PR man in Britain”, had been unwell, according to Rabbi Dr Jonathan Romain.

“He never pretended that life was easy, or that religion solved everything; instead, he shared his own failings and foibles, and showed how to get through the rest of the day.

“Through the popularity of his broadcasts and book, he made rabbis more human, Judaism more understandable, and faith in general more user-friendly.

“It was a tribute to the way he bridged religious differences that it was often quipped that Rabbi Blue would have been a wonderful choice as the next Archbishop of Canterbury.

Rabbi Laura Janner-Klausner, senior rabbi to Reform Judaism, said: “Rabbi Lionel, as a teacher, writer and much-loved national broadcaster, transformed how Britain viewed Jews, Judaism and, most importantly, ourselves. May his memory be a blessing.”

A post on the Facebook page of Beit Klal Yisrael, the Jewish community affiliated to Liberal Judaism, said: “It is with great sadness that we announce the death of RabbiLionel Blue OBE, who died in the early hours of this morning.

“Lionel was a wonderful and inspirational man, who spoke with such wisdom and humour and whose words reached out far beyond the Jewish Community.

“He was a friend and mentor to many and his courage in coming out as gay in the 1970s paved the way for many other Jews, including many rabbis.”

It added: “We will not see his like again. May his memory be for a blessing.” 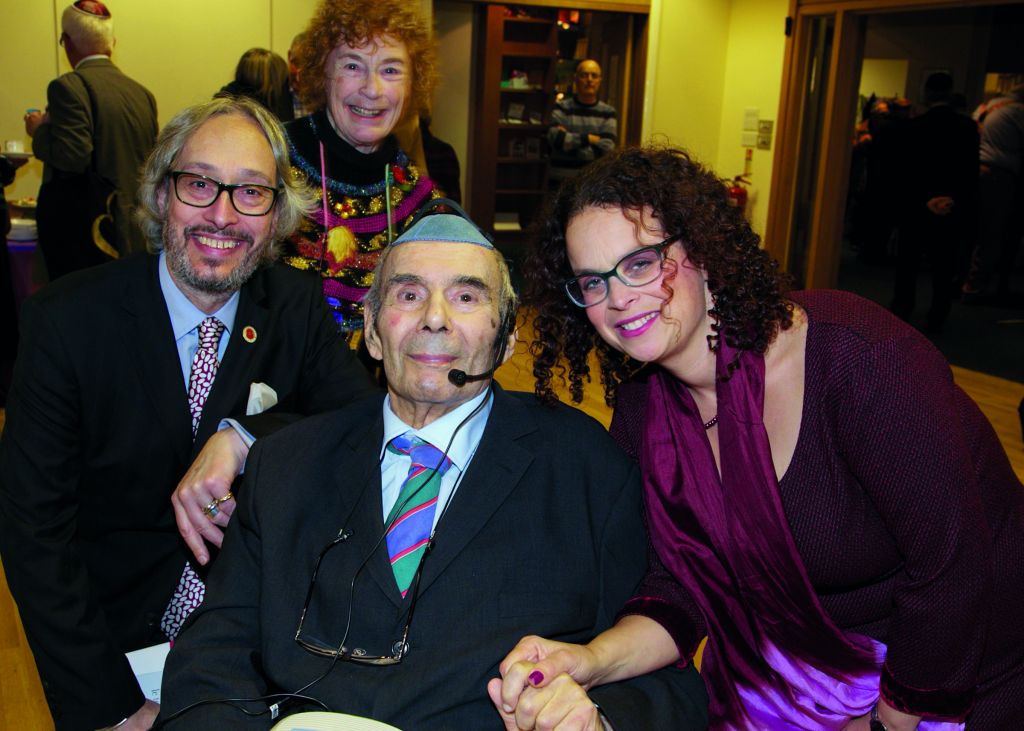 Rabbi Lionel Blue (centre) at the recent anniversary celebrations for Leo Baeck College, where he was the first alumnus.

“He entertained the nation for decades with media appearances, his most famous being as a regular on Thought For The Day on BBC Radio 4’s Today programme, but his contribution was more than entertainment: he had a unique ability connect with people, speak from the heart and provide a strong dose of common sense.

“On a personal level, as a lecturer at Progressive Judaism’s Leo Baeck College, Lionel was the archetypal rabbi’s rabbi – always there for us as individuals, helping us understand our own personal and spiritual journeys.

“And he leaves a legacy like few others. As the first British rabbi publicly to come out as gay, in the 1970s, Lionel paved the way for many others, including clergy of all faiths.

“His courage and pioneering spirit have created a more equal, inclusive and outward-looking Judaism, and a more equal world.

“Our thoughts are with his family and friends. May his memory be a blessing.” 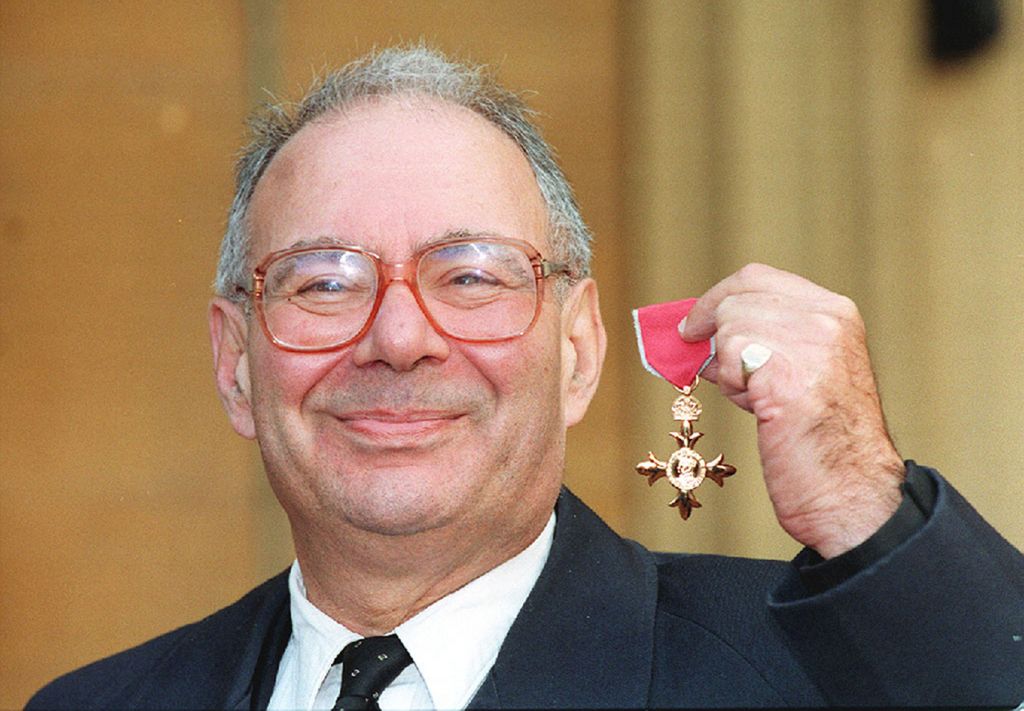 Leader of the opposition Jeremy Corbyn paid tribute with a message on Twitter. He said: “It’s with great sadness that we hear of the passing of Rabbi Lionel Blue. He was not only a respected rabbi, teacher and mentor for the Jewish community. Rabbi Lionel Blue was also a wise and good-natured voice of reason for us all. He always made us think and laugh on ’Thought for the Day’.’ His legacy will be that his common sense and great humour will remain in our thoughts each and every day.”

Simon Johnson, Chief Executive of the Jewish Leadership Council (JLC) commented: “We are saddened at the passing of Rabbi Lionel  Blue.  His humorous, personal and insightful broadcasts were hugely popular and did much to expose the UK to Jewish thought and values. His gentle and human style was widely appreciated and he will be sadly missed. May his memory be for a blessing.”

Benjamin Cohen, the Chief Executive of PinkNews said :”Rabbi Lionel Blue was an inspiration to many LGBT Jews and their family members. I met Lionel quite a few times and it was always wonderful to speak in the real world to someone who I listened to many times on Radio 4. Whenever he spoke about his own journey and the process of coming out, it always struck me quite how brave he was to live openly as a gay man in the 1960s, at a time when homosexuality was still criminalised in this country. I’m sure that Lionel’s bravery gave many other people the confidence to come to terms with their own sexuality or gender identity with greater ease, and gave their families the confidence to accept them for who they are.”

Liberal Judaism’s LGBTQI+ project manager Surat-Shaan Knan said: “Rabbi Lionel Blue was such an inspiring, witty and kind person and it was so moving, and also exhilarating, to listen to his stories. He was a true pioneer and his legacy is surely to inspire generations to come.”