The initiative urges Britain’s Jews to “taint the brand” of the global sporting event in February and make their voices heard in the boardrooms of companies sponsoring or supplying it.

Jewish leaders say China’s mass persecution of millions of Uyghur Muslims in Xinjiang is anathema to a people who suffered across Europe in the 1930s and 1940s, and who every year say: “Never again”.

This week, in a rare public intervention, Chief Rabbi Ephraim Mirvis said it was unthinkable for Britain’s Jewish community to enjoy the Games without protesting against China’s oppression of the Uyghurs.

“An Olympic Games is an opportunity for the host nation to proudly invite the world to celebrate its identity and its values together,” he said.

“To take part in any such celebration for Beijing 2022, without raising our voices in protest against the unspeakable atrocities that are being committed today against the Uyghur Muslims, would be an unacceptable act of indifference. 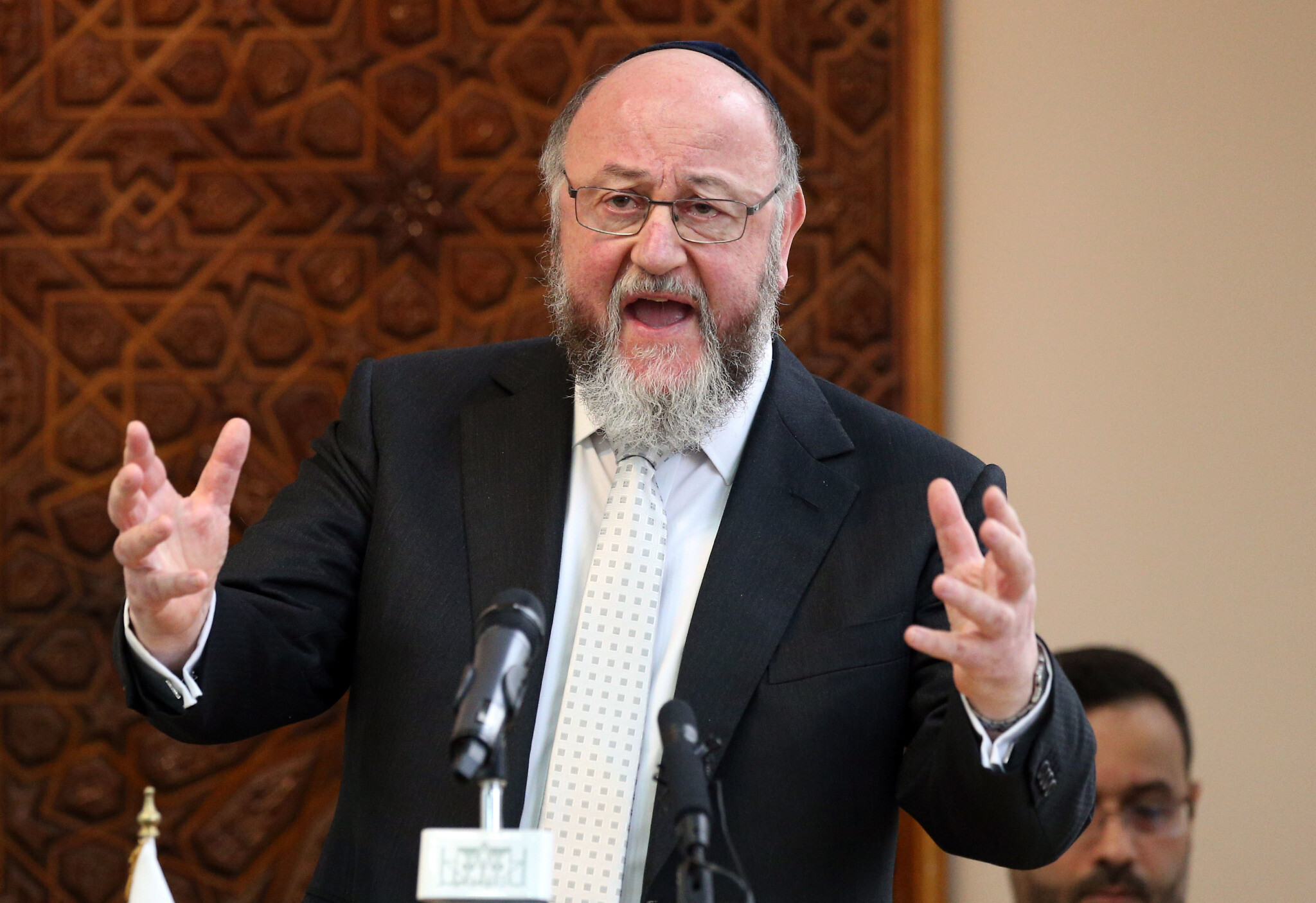 “Sport has a way of uniting and inspiring people. Therefore we must ensure that the Winter Olympics becomes a platform for solidarity with the Uyghur population rather than a tool for distracting the world from this most appalling injustice.”

Joining the Chief Rabbi in pressing for companies to act is the Reform shul West London Synagogue (WLS), whose 3,000+ members are known for their activism, as well as Jewish human rights group René Cassin together with Jewish News.

Companies sponsoring, supplying or providing the infrastructure for the Beijing Winter Olympics, including holiday rental giant Airbnb, have continued their involvement despite the United States recently accusing China of “genocide”.

The campaign urges firms to “drop their sponsorships and endorsements”, calls for British sporting authorities such as Team GB to “speak out against the persecution” and asks that any individual athletes doing so be protected from censure.

Jewish representatives say the Chinese Communist Party plans to use the Games to ‘whitewash’ its oppression of the Uyghurs in much the same way that Hitler’s Nazi Party used the Berlin Olympics in 1936 to portray a positive image of Germany whilst persecuting Jews.

This week’s campaign illustrates a shift in strategy from politics towards the corporate world, which may yet end in a boycott. Efforts this year to lobby MPs to vote to add pressure on China narrowly failed to win enough support.

To take part in any such celebration for Beijing 2022, without raising our voices in protest against the unspeakable atrocities that are being committed today against the Uyghur Muslims, would be an unacceptable act of indifference

Rabbi Helen Freeman at WLS said: “We need to respond in a practical way, so we are encouraging our members and friends to educate themselves about Uyghur persecution and then write letters to the companies that are investing in, or involved with, the Beijing Olympics.”

She added: “We are asking these companies to reconsider their involvement, for the sake of their own reputations, and not be associated with a government that uses Uyghur Muslims as slaves in forced labour camps.”

Mia Hasenson-Gross of René Cassin said: “We cannot ignore the fact that these Games are taking place in a country where there is growing evidence of a genocide against Uyghurs and other minorities.

“The Chinese government must not be allowed to use these Games to whitewash its attempt to destroy a people. Beijing 2022 Olympics stakeholders must uphold human rights standards, otherwise it will become known as ‘the Genocide Games’.”

In February, campaign group Stop Uyghur Genocide highlighted the silence of Airbnb on the issue by posting a mock listing for one of the Chinese government’s “concentration camps” in Xinjiang.

Among the more concerning sponsorships is that of German insurance giant Allianz, whose wartime role and conduct is not lost on many Jews.

Under the ‘About Us’ section on its website, Allianz chief executive Oliver Bate says: “Preserving the memory of customers and employees who were stripped of their rights, persecuted and murdered during the Nazi reign of terror is a central focus of our commitment to historical remembrance.”

He adds that “learning from history – from good times, but especially from bad times – enables us to think into the future and act accordingly”.

Asked by Jewish News how the company can claim to have “learned from history” by sponsoring the Olympics in a state that may be committing genocide, an Allianz spokesman said the firm had no intention of pulling its support.

“The Olympic Movement is built on the values of excellence, friendship and respect, and the Olympic Games is all about bringing the world together as a symbol of peace,” he said. “Allianz shares these values and we are not planning to withdraw from our agreement.”