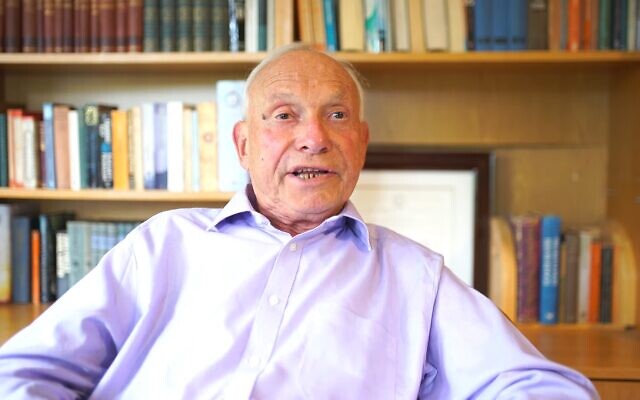 Tributes have been paid to a Jewish refugee turned computer scientist who gave The Queen an email account in 1976, after he died last month aged 86.

Peter Kirstein, whose family fled from Germany to London in the late 1930s, was nicknamed “the European father of the internet” after he sent a packet of data from University College London to peers in California in 1973, establishing the first connection of the Arpanet, the precursor to the internet.

Born in Berlin, he came to the UK with his father and sister in 1937 after his mother, who already had British citizenship, left Germany to set up a dental practice a year earlier. His father Walter quickly changed their surname from Kirschstein to Kirstein.

Peter studied at Highgate School, then Cambridge, before spending years studying, networking and earning a living in the US, including at the University of California.

He returned to Europe to work as a nuclear physicist at CERN, but his interest lay in computer communications and he returned to academia in London in the late 60s.

In 1973 he transmitted packets of data from UCL to the Information Sciences Institute at the University of Southern California, a significant milestone in the technology. He went on to help establish the internet across Europe.

Kirstein worked with US scientists, including Arpanet developer Larry Roberts, and participated in the first international test of the Transmission Control Protocol (TCP) and Internet Protocol (IP). In 1982, a year before his American colleagues, he adopted the TCP/IP for reliable data transfer, which is still used today.

But it was his role in setting The Queen up on email in 1976, during Her Majesty’s visit to the Royal Signals and Radar Establishment in Malvern, that captured the public’s imagination. “All she had to do was push a couple of buttons and the message was sent,” he later said.