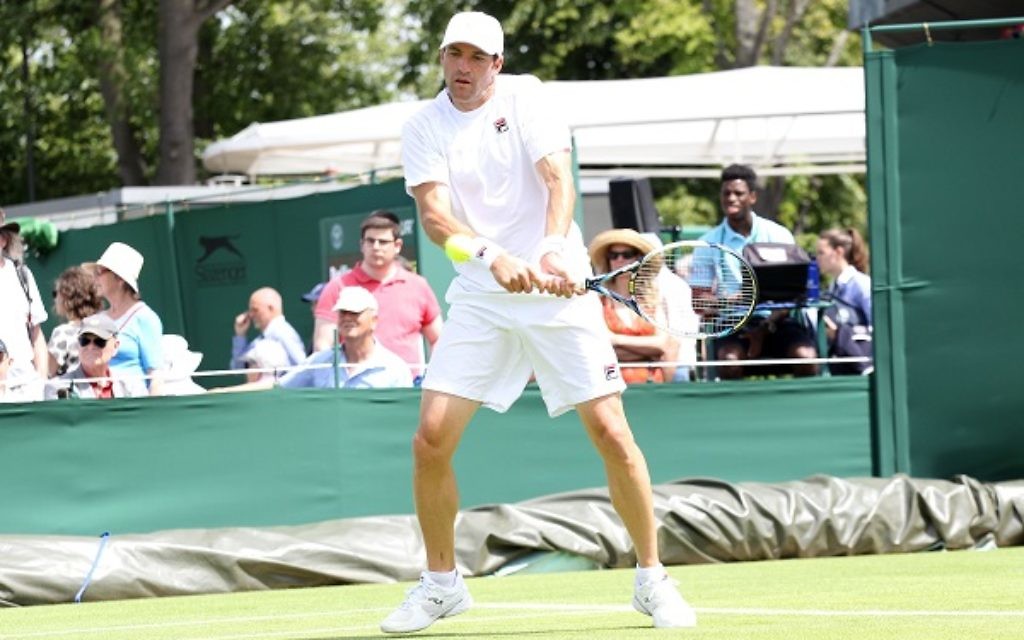 Yoni Erlich said it was a dream to finally get the chance to play on Centre Court, though was disappointed that a knee injury ruined his chances of making the final.

Erlich, partnering German Philipp Petzschner, was sporting heavy bandaging on his right knee – a recurring injury which was made worse during the last point of his quarter-final victory on Tuesday – and it clearly had an impact on his performance during Thursday’s 6-4, 3-6, 4-6, 2-6 semi-final defeat against Jamie Murray and John Peers.

Reflecting on the defeat and how grave his injury was, he said: “It’s very tough to take, it was very disappointing. But to tell you the truth, I came to the court not knowing what to expect. I didn’t know how I’d be able to handle the match – and even if I would finish it, my knee was very swollen and painful. Having won the first set, we became a little bit greedy and said maybe we can steal it! But we stayed focussed, tried to do our best, but I just couldn’t help Phillip so much. I thought we both played our best under the circumstances.

“It’s tough to get to this point and not be 100 percent healthy, we played great tennis for three weeks, and as I said at the beginning, believed we could win the tournament, it’s tough knowing we gave 100 percent [on the day] but couldn’t play at 100 percent fit.”

However, able to reflect on a successful campaign at SW19, he said: “It’s been unbelievable for us, if you asked me what my expectations were at the beginning, I don’t think I would have said semi-finals. I think we’ve been on a great journey, but you know with tennis players we always want more and expect we can deliver more and especially in a match like this, we felt we had a shot at winning it, but we were very limited, our tools were down.”

His first appearance on Centre Court, he said: “It was seriously amazing for me to play on it, a dream come true. I’ve been coming here so many times, have reached quarter and semi-finals, but never had the opportunity to play, be it due to rain delays or whatever. It was very exciting for me to be able to play here, but disappointing that I wasn’t 100 percent fit and be allowed to play the positive tennis that I could have done.”

Not getting any younger at 38, he has been thinking about when to retire, though says he hasn’t got any specific date in mind yet. “This run gave me a strong feeling that I’ve still got it and the incentive to finish the year strongly,” he says. “At the end of the year I’ll see what’s going on with my knee and discuss it with my wife. Our kids need their dad so we’ll sit down and discuss it. When I finish is just a matter of time, be it at the end of this year or the one after.”