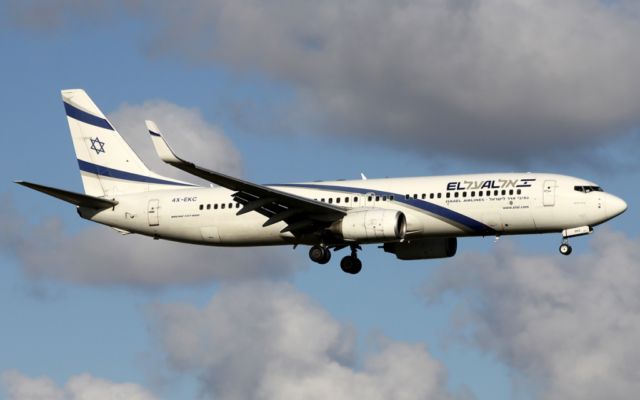 Israel’s El Al Airlines will stop flying to China for two months due to the spread of the deadly coronavirus.

The airline announced that its flight arriving from Beijing on Thursday would be the last until March 25. El AL operates three flights a week between Tel Aviv and Beijing.

Israel’s national carrier joins several airlines who have halted flights to the country, including United, American and British Airways.

Chinese officials say 170 people have died from the virus and that it has over 7,000 confirmed cases, the New York Times reported.

Also Thursday, Israel’s Health Minister Yaakov Litzman announced that he would prohibit the entry of flights from China to Israel to prevent the spread of the virus, Israel’s national broadcaster Kan reported.  Litzman also said that anyone who has come from China will be required to stay in solitary confinement for 14 days.