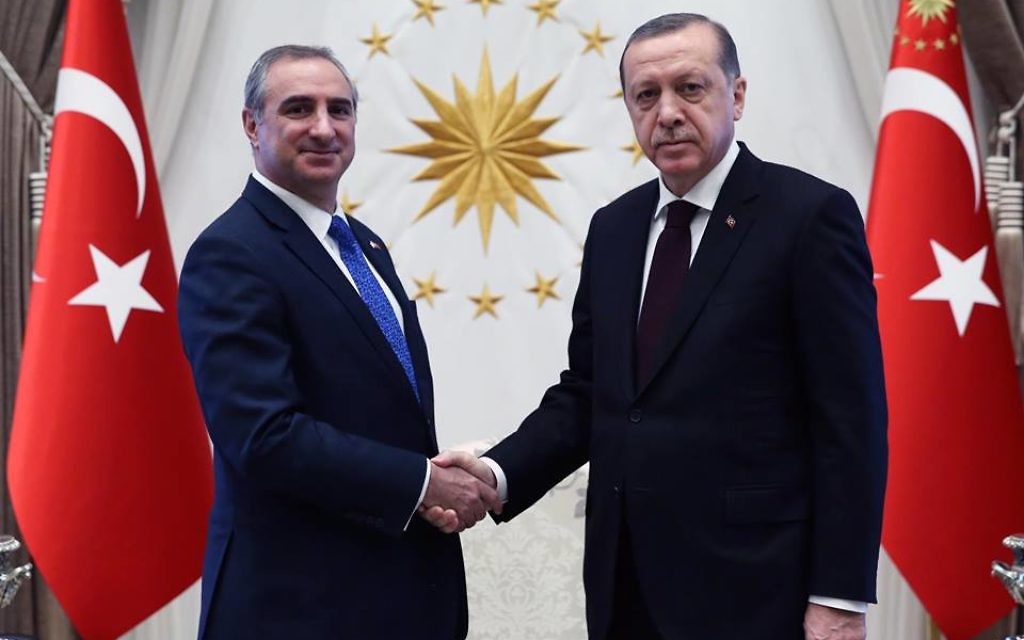 When Israel’s deputy ambassador to the UK swapped tea for chai last week, leaving London for Ankara, he carried the strategic hopes of Jerusalem on his shoulders.

For Eitan Na’eh, this is a return to Turkey, where he was posted earlier in his career. Now he is Israel’s ambassador there, and at one of the most sensitive times imaginable, six months after the two regional powers shook hands on a reconciliation deal, in which they agreed to work to rebuild a once-strong relationship.

That relationship is crucial – and the stakes could not be higher. America and Russia are buzzing planes and bombing rival proxies in Syria – the disintegrated state bookmarked by Turkey to the north and Israel to the south. Amidst the mess are 25,000 Hezbollah fighters siding with Russia and Syria’s President Assad. Turkey likes neither. Israel, for its part, remains aloof. And so must Na’eh.

Last week, he presented his credentials to Turkish President Recep Tayyip Erdoğan, a moderate Islamist and authoritarian strongman who once blamed “Zionists” for plotting to overthrow him, together with a U.S-based cleric Fethullah Gülen. On this, Na’eh has no comment, other than to say how warmly Erdogan welcomed him.

“He insisted that I bring my family,” said Na’eh, speaking to Jewish News. “He insisted on me introducing my family to him and on inviting them to the official discussions that followed the ceremony, which was a very nice gesture and received as such, so my reception at the palace was warm indeed, a genuine welcome.” Video of the ceremony attracted 150,000 views on the Embassy’s Facebook page, which “shows a lot of interest, a lot of warmth, and a very clear message,” Na’eh says. “I’m also getting a lot of welcome messages from Turkish citizens too.”

Interestingly, one of his first official visits was to the mausoleum of Atatürk, the founder of modern Turkey, laying a wreath on his grave. In the visitors’ book, he wrote of his “profound respect and esteem” for “the father of the Turkish nation… whose legacy stands as a beacon to the whole world”.

That legacy – of secularism, political rights to the disenfranchised, checks and balances between the executive, legislature and judiciary – is under threat like never before, although Na’eh would never say so. Erdoğan has purged Turkey of generals, journalists, judges and MPs, and has pushed through a new constitution, giving him new powers. But on this, the Ambassador has no comment. 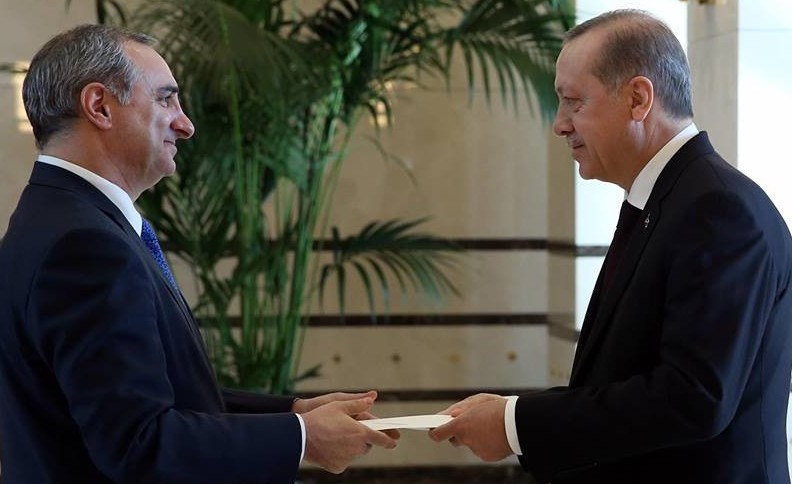 Na’eh does say the two men discussed “past achievements and looked to the future for opportunities and cooperation,” adding that the states “share common history, geography, culture, and warmth”. He’s keen to talk about trade, “a big priority,” which he says “didn’t take a big hit” during the last six years, when relations were downgraded after Israeli commandos boarded a Gaza-bound vessel and killed nine Turkish activists. But while there is more talk of “opportunities in all possible areas, whether it’s agriculture or energy,” Na’eh won’t be drawn on whether Turkey will buy Israel’s Mediterranean gas, except to say “it’s one of the main areas where we have a common interest”.

Another common interest is Syria, where Turkey is supporting the Syrian rebels, who are losing, and where Hezbollah supports Assad, who is winning. Given that America’s next president could well arm the rebels with an air-defence system, might Israel help too, if for no other reason than to weaken Hezbollah? No comment. What about the fraught relations between Turkey and Russia. Could Na’eh play peace-maker? That’s not his job.

So far, so diplomatic, but Turkey’s sizeable (and to Erdoğan, troublesome) Kurdish community cannot be ignored. In the 1960s, Israel supported the Kurdish resistance, and in 2014, Benjamin Netanyahu said Kurdistan was “worthy of statehood.” Kurds talk warmly of their Jewish friends and relations, and many Kurds live in Israel, but the very mention of this minority in Ankara is akin to swearing. So, does the Ambassador plan to have any relations the Kurdish community in Turkey? “I’m here to promote relationships between Turkey and Israel, and between the Turkish people and the Israeli people.” Yes, but ‘Turkish people’ includes Kurdish people, no? “Once again, my job is to…”

Perhaps an easier area for the Ambassador is tourism. For years, Israelis took their holidays in Turkey, but numbers are down, because of the situation. Does he expect tourism to increase again now? “It depends on the Turkish authorities, and how welcome they make them feel.”

Let’s turn to safer ground: Gaza. As part of the reconciliation deal, Turkey now gives aid to Gaza, which is checked at Ashdod. If things go well, could Israel envisage Turkey playing a bigger role in the enclave? “We have an interest in seeing Turkey help with the economic situation in Gaza, but I cannot see into the future… It is in our own interests to see Gaza flourish, and to see the economic situation in Gaza improve, and at the same time, of course, to fight terrorism.” 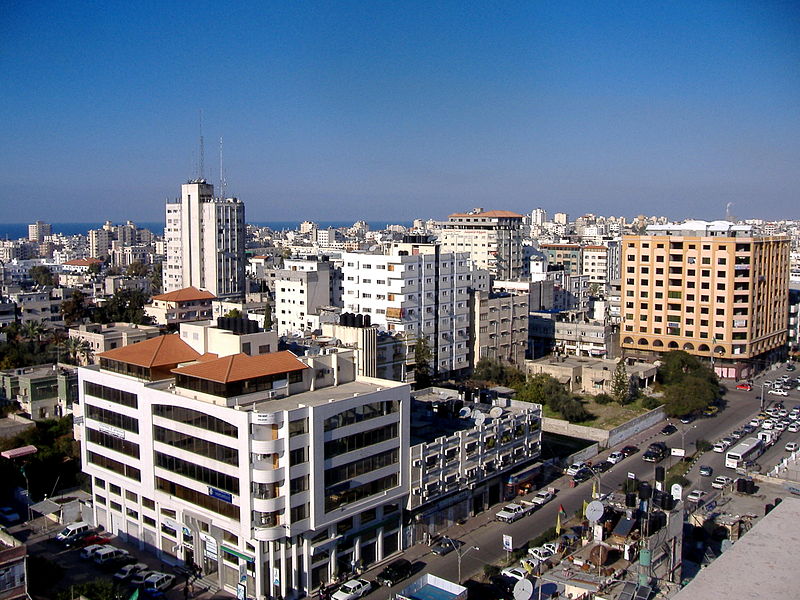 Returning to Turkey-Israel relations, Na’eh invokes a long history, once far more cordial than it has recently been. “Turks opened their doors to Jews at the end of the 15th century, when Jews were expelled from Spain. In fact, some of my very distant relatives are buried here, in Istanbul. Turks then opened their door to Jews who escaped from Nazi Germany in the 1930s. Jews helped establish some of the great universities here. Turkey sent help to Israel, after the fires, and Israel sent help to Turkey, after the earthquakes, so we’ve helped each other in times of need. The challenge now is to take all these ingredients and put the relationship back to where it ought to be.” On the importance of that relationship, he says: “One needn’t be an expert to look at a map to see where Israel is, see where Turkey is.” 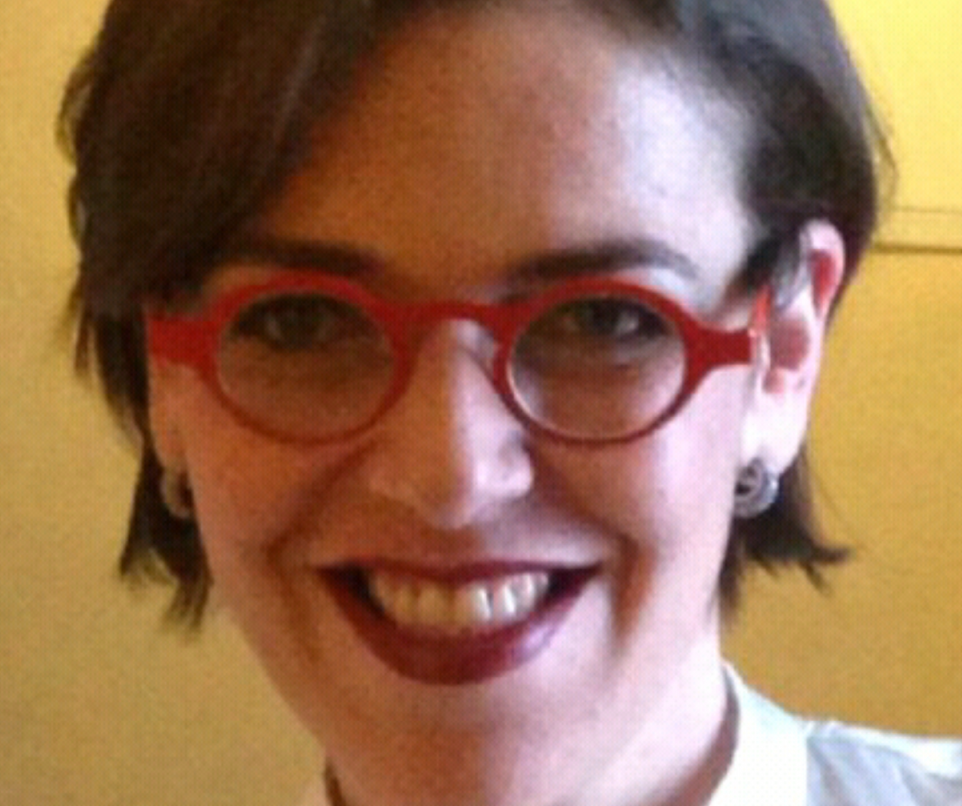 Finally, what will he miss most about the UK? “I won’t miss the weather!” he says, in a rare, undiplomatic moment. “I left many friends, some lifelong friends. I will miss the embassy and the staff, but my successor [Sharon Bar-li] is very able and highly talented. I will miss London. When one is tired of London, he is tired of life. But Ankara is a fun place too. I’m going to a pop concert on Sunday. So life continues. I have friends here, from my past posting, and you make new friends. The Israeli community in Turkey is very small, but the Jewish community is in many places, and I will meet them in the near future. I very much enjoyed working with the British Jewish community, it’s a great community, highly organised and sophisticated. We were blessed to work with them. I have family in Manchester, so we will be back. But certainly I can say London was my cup of tea… and Ankara is my cup of chai!”