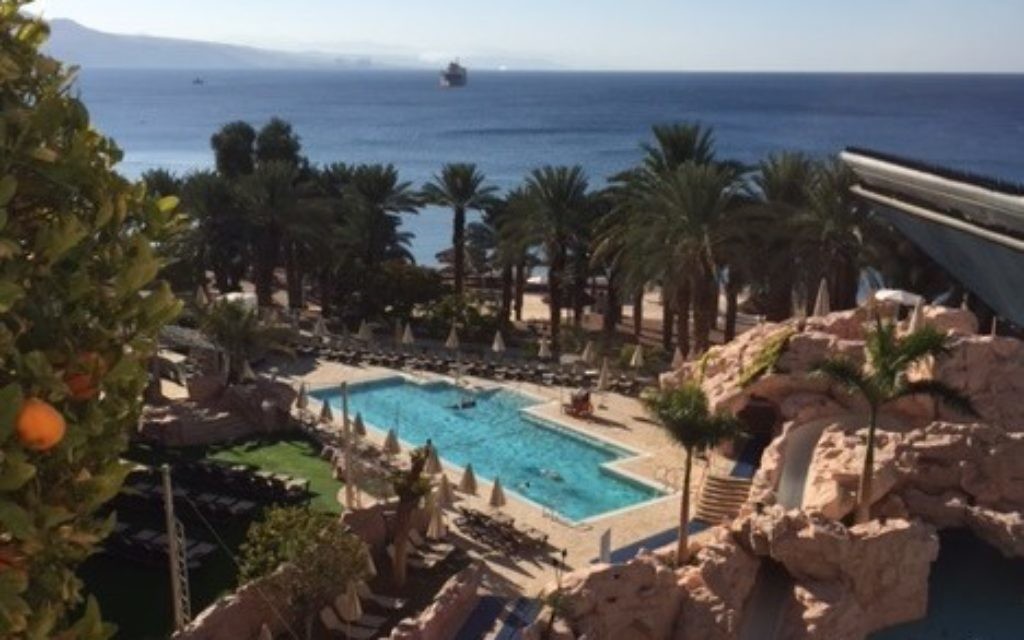 There is a misconception about Eilat. When you mention that you’ve just returned from the resort town on the Red Sea, people only ask about the weather?  “Was it warm/hot/chilly at night/ windy in the morning?”

Of course it is possible to experience all of the above conditions during your stay, but it is only when the sun is noticeable by its absence that you really see the resort and take advantage of what is available in your hotel.

Eating is probably the most obvious and enjoyable thing to do and at the Dan Eilat  – which opened in 1995 and is under-going steady refurbishment,  a cloudy sky is an excuse to languish on the King size bed and enjoy room service. 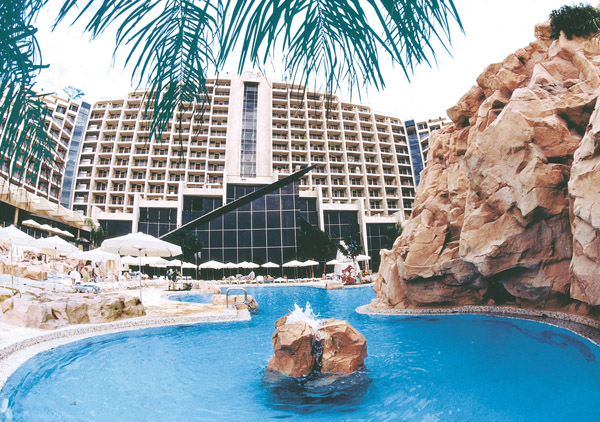 A view from the whirlpool

The good news is that if you snooze, you don’t have to miss the epic  Israeli breakfast spread over 20 counters as the Dan serves the first meal of the day from 7am to midday.  That means that lazy folk like me still get to try every type of olive and pickled vegetable before moving on to the cheeses, while my daughter tucked into chocolate cake and strawberries. 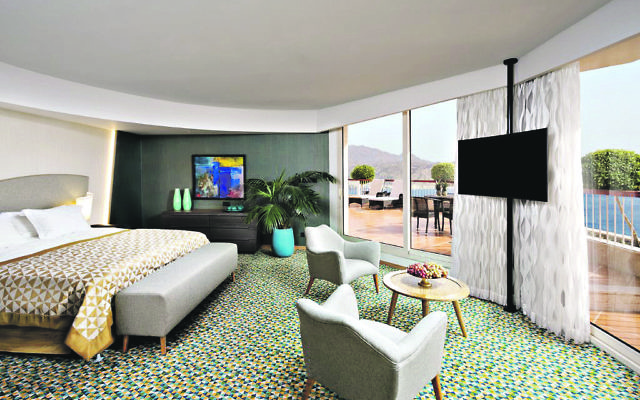 A room that begs for a lazy morning

As I’ve started with the food it is only right to mention head chef Ofir Kedem who set up the hotel kitchen 22 years ago and now overseas 80 cooks. “I’m still very hands on,” says Ofir whose greatest pleasure is cooking for his staff at 5.30am.

As a key witness to the changing trends in food Ofir has coped with the growing numbers of vegetarians, vegans, pescatorians and sugar-free guests. 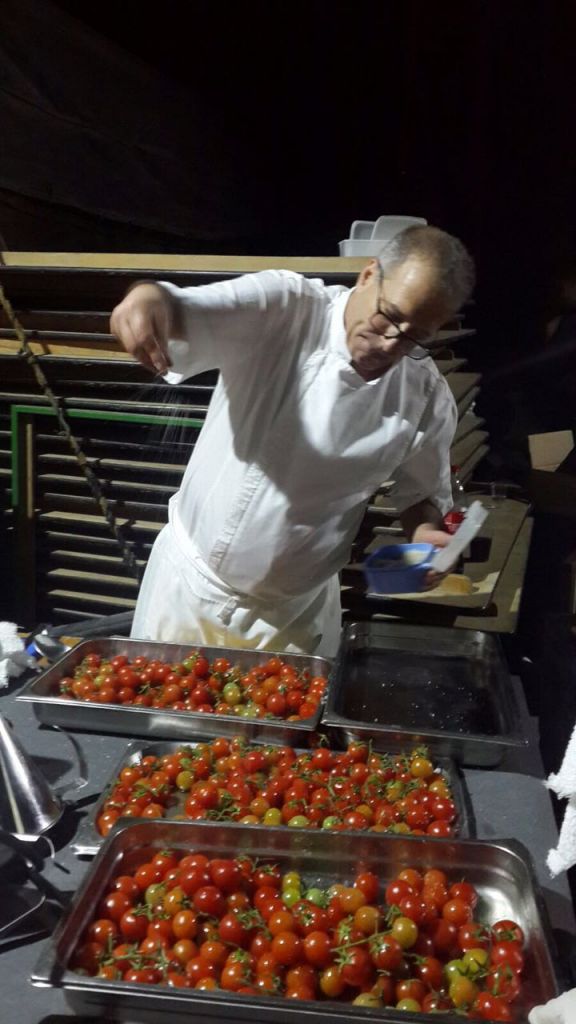 Chef Ofir Kedem loves cooking – even for his staff

“20% of Israelis are vegetarians,” says the chef who was briefly a hotel manager in Taba before discovering the kitchen. I for one am glad that he did because his chopped liver at the Friday night buffet was the greatest I’ve ever tasted ( sorry Nana).

Over drinks in the private club at the Dan’s King David Suite, Ofir revealed his chopped liver recipe, but I’m not sharing.

Shabbat dinner at the Dan is a feast and I swore I would never eat again, but changed track when we got to the Shipudei Habustan restaurant on site and were served a 14 dish meze.

Food can fill a cloudy day, but I did a few stints at the gym and took advantage of the two heated pools.

Even when the sun came out I didn’t stop exploring and chatting to the staff, many of whom had just finished military service.

The general manager who is of Portuguese heritage Lior Muchnik is wonderful company and has done every job within a hotel, so he know’s when it’s being done right.

Over breakfast  Lior told us how he believes everyone thrives in the relaxed tempo of Eilat, but the Dan didn’t get to be among Conde Naast’s Top 5 hotels in the Middle East  without  energetic direction and it shows every day regardless of the weather. 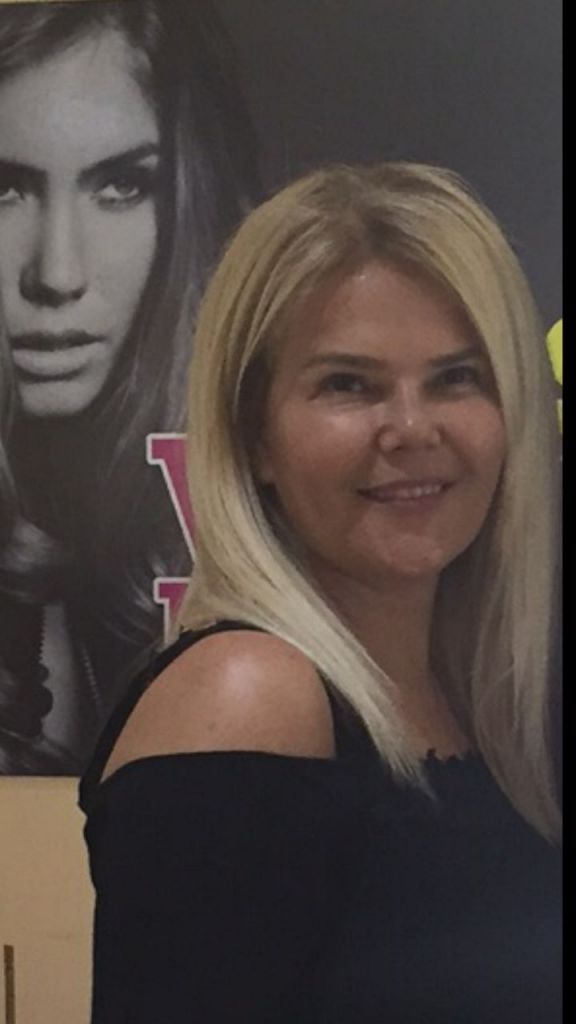 Beauty by the beach at  Wow Brows

Female visitors should make a point of visiting Gail Schneider at Wow Brows at the Dan Tel Aviv.

Years of writing about beauty products has made me wary of enthusiastic beauticians, but Gail who also has a Wow Brow in Bal Harbour, Florida is a genuine talent.

She can asses a face in 60 seconds and transform it in under five minutes. Brows are a speciality, but she stocks make-up I’ve never seen that I now won’t go without.

Be sure to buy a bottle of her Magic Serum which sounds like a joke, but you won’t be laughing when you see the improvement in your skin. Call 0506-409-044 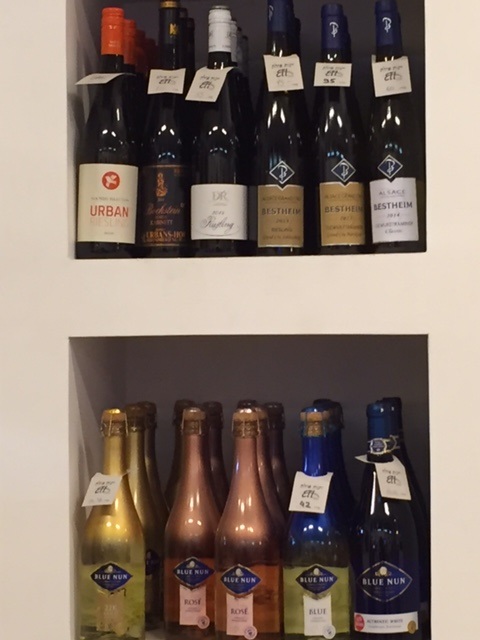 From mid-morning on a Friday the only place to be is in Eilat is the industrial zone which sounds forbidding, but isn’t once you enter Eilat Wines.

A genuine oasis among the sandy warehouses, Eilat Wines is run by Dolly and Eran Less who have turned the sale of liquor into an unmissable kabbalat Shabbat that is worth leaving the pool for.

There are numerous wines to try and purchase as the couple are connosieurs supplying hotels and restaurants, but it is the atmosphere and  people that makes this place special.

Dolly’s family are legends as her mother Fay who I had the pleasure of meeting arrived in Eilat with her late husband Dr Reginald Morris in 1958 and never left.

Dr Morris went on to establish the first hospital in the city, and a mobile clinic that served the Bedouins in Sinai. “But it was the crocodile he had in the garden for which he was best known,” says Fay raising her glass.

Eran and Dolly are invited to open a branch of Eilat Wines in the hometown of every tourist whoever visits, but for now this delightful Kabbalat Shabbat is only available in Eilat. Don’t miss it. 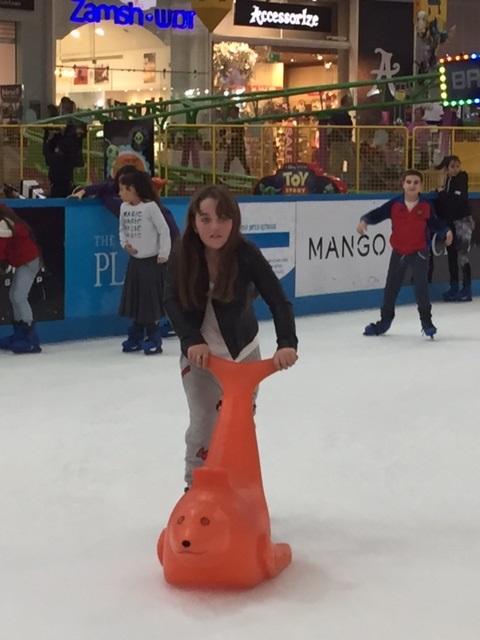 Ice Mall skating and Splashing in the Wow Show

The Ice Mall is a spectacle as skating in the desert  tends to be, but it is the Wow Show at Isrotel’s Royal Garden that defies the restrictions of a small stage to produce Splash, a modified version of Cirque du Soleil’s O featuring mermaids, pirates and a Gene Kelly homage .

My husband appreciated the synchronised female divers in nude swimsuits who are part of a Russian cast  who get to wear the best costumes and get soaked in every scene. We loved it. contact Isrotel.com

Not every visitor gets the chance to broadcast live to the world while vacationing in the resort, but the right connections will do it every time, hence our appearance on Alison Levi’s Monday night chat show.

Hosted from a studio at the back of a pool hall in the city centre gives Radio Hof Eilat the sort of cred radio caroline had in the seventies aboard a boat in the north sea. 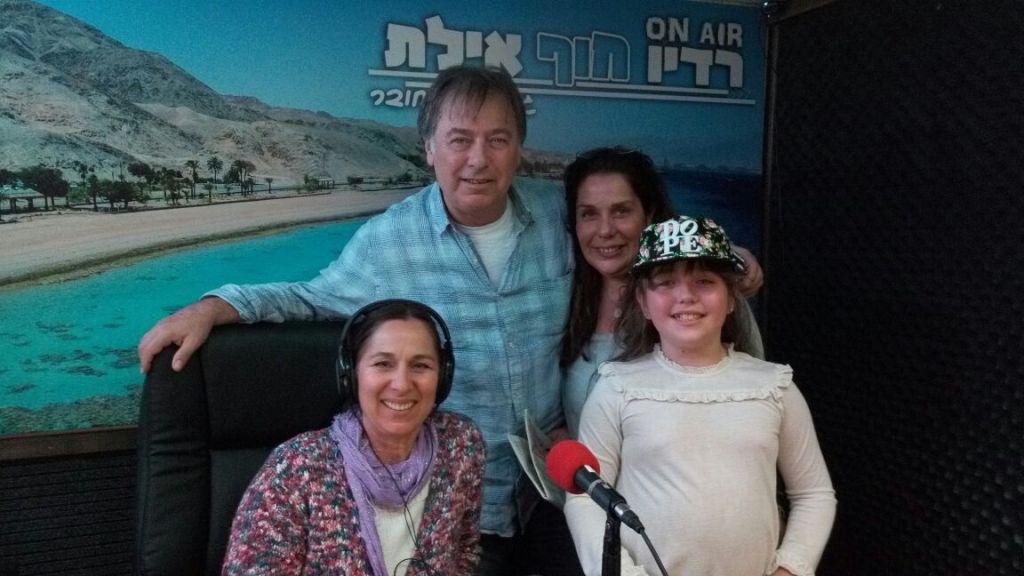 From the hot seat Alison shares her experiences as an active birth instructor, yoga teacher and producer of healing oils, while playing her top tunes. Joining her on air, while listeners also watched us live online in Brazil, LA and Brighton was more fun than I’ve had on any radio show.

Take a listen on Mondays from 9pm (Israel time) on radiohofeilat.co.il