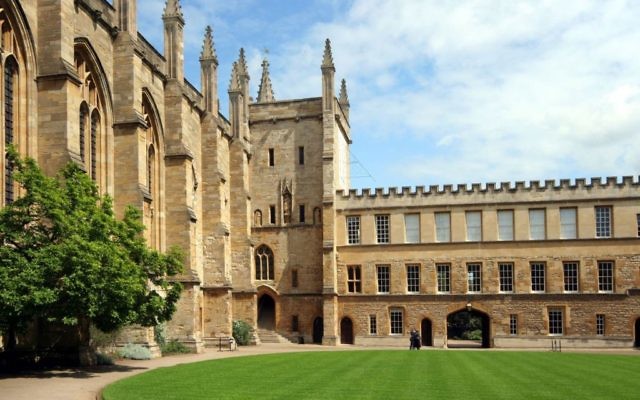 Oxford should explain to Jewish students why it accepted money from the Mosley family fortune, the Education Secretary has said.

Nadhim Zahawi warned that antisemitism is a “present danger” and “not simply a historic debate”.

The university was given £6 million from a charitable trust set up by motor-racing tycoon Max Mosley for the inheritance he received from his father, Sir Oswald Mosley, leader of the British Union of Fascists, the Telegraph reported.

The Sunday Telegraph added Imperial College was given almost £2.5 million from the trust, and University College London £500,000.

Mr Zahawi was asked how Oxford could repair relations with Jewish students over the Mosley money, and he told the Telegraph: “By reaching out and making sure they consult and explain the decision-making process that took place for them to have landed on this donation.”

The newspaper said Mr Zahawi added: “I would expect our great seats of learning like Oxford to be quite capable of dealing with these issues in an appropriate and sensitive way.”

Mr Zahawi, who was speaking from Auschwitz, told the Telegraph: “Let me be very clear. Antisemitism is not simple a historic debate, it is a present danger and a scourge that exists, sadly, on our campuses.”

Both Oxford colleges said the donations were subject to a “robust” review process, while Imperial college said all gifts were subject to “thorough due diligence processes”, according to the papers.

Speaking to Sky News on Sunday, he said: “Oxford has lots of money and can continue to get money from other sources, it does all the time, and I don’t really buy the argument that because you can do some good in Oxford, you should just continue to hold on to what is essentially tainted and dirty money.”

The Alexander Mosley Charitable Trust (AMCT) was named after Max Mosley’s son, an alumnus of St Peter’s College who died of a heroin overdose in 2009.

Some £6 million received by Oxford University will go towards the creation of the Alexander Mosley Professor of Biophysics Fund, while a £5 million donation will go to St Peter’s College to build a new block of student accommodation, the Telegraph reported.

Initially, the block was to be called Alexander Mosley House but the college has confirmed a name will now be chosen through an internal consultation involving students.

“Like all gifts, they are subject to Imperial’s thorough due diligence processes.”

It comes as the University of Oxford was confirmed as one of nearly 100 universities to have adopted an internationally recognised definition of antisemitism, according to the Office for Students.

Only 28 universities had said they had adopted the definition as of September last year, according to research by the Union of Jewish Students.

The rise comes after universities were warned that they could have their funding cut if they refused to adopt the internationally recognised definition.

The higher education watchdog has said it will consider “further action” if universities do not take action to meet expectations for preventing and tackling harassment during this academic year.