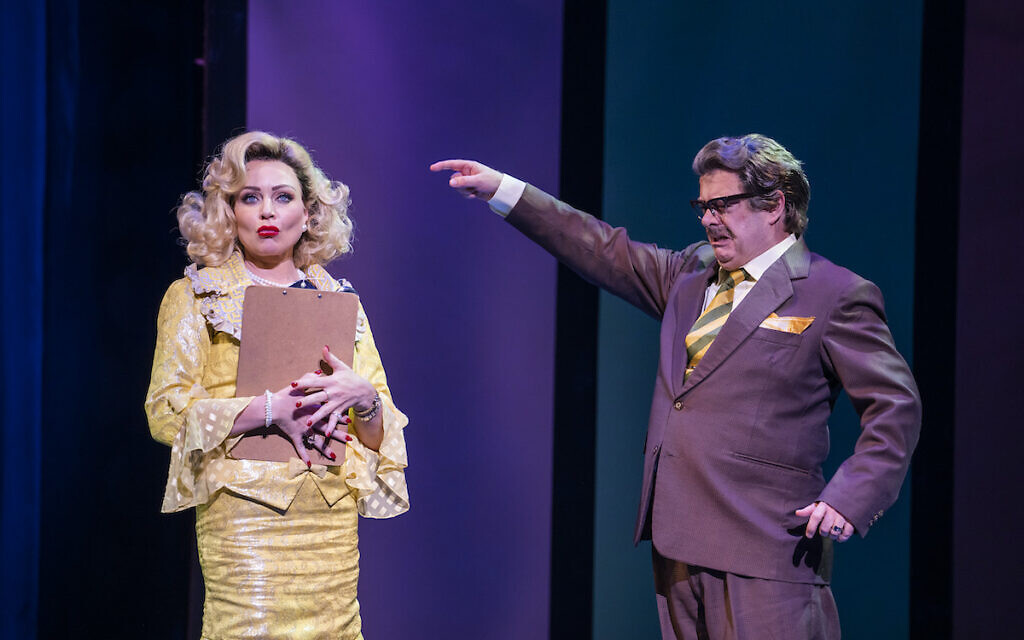 “Excuse the pun, but we’re having a ball here, we really are,” giggles Rita Simons as she steps momentarily away from rehearsals to gush about her Hairspray co-star.

The former EastEnders actress and musical veteran Michael Ball have not long returned to the stage at the West End’s London Coliseum, having endured – like the rest of the entertainment industry – a 15-month wait over lockdown to resume singing big numbers, step into big heels and don even bigger hairpieces for the feelgood musical.

We chat just before the production temporarily closed on Tuesday after a crew member tested positive for Covid, with the show set to resume again within days – such are the unpredictable times currently faced by the entertainment industry.

Set in Baltimore in 1962, the show revolves around plus-sized teenager Tracy Turnblad (played by Lizzie Bea) who has one dream: to dance on The Corny Collins Show.

When she lands a coveted spot, she transforms overnight from a nobody into a television star and decides to use her newfound fame to advocate for racial integration. But first she has to win over racist producer Velma Von Tussle (Simons), while also allaying the fears of her parents Edna (played by Ball) and Wilbur (Les Dennis). 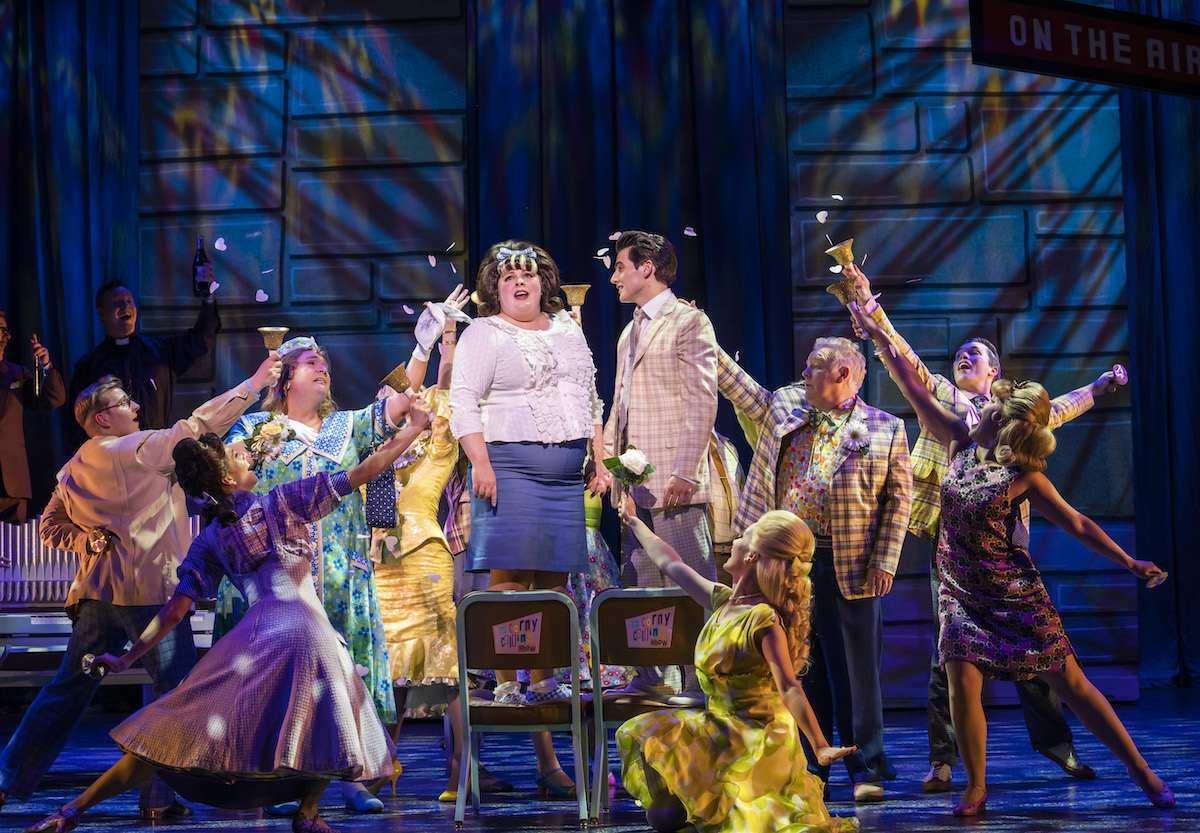 The score includes such memorable tracks as Good Morning Baltimore, You Can’t Stop The Beat and Big, Blonde and Beautiful.

For the 44-year-old screen and stage actress, Boris Johnson’s announcement that theatres could reopen – and from 19 July without restrictions – was nothing short of “joyful”.

She said: “[For people in the theatre industry], it kind of felt that the rest of the world, apart from hospitality and the arts, went back to work ages ago
and we’ve been biding our time.

“Now it’s like nought to a million in 60 seconds. We’ve gone from a lockdown situation to being on the Tube every day and in a rehearsal room with 38 cast members, and with the crew as well there are 80 of us.

“It’s quite overwhelming, because we’ve all been locked away for so long, but now we’re in full swing rehearsing and it is absolutely joyful.”

Part of that joy can be attributed to working alongside Ball. “We’ve become really good mates and Les [Dennis] is just amazing,” she tells me. “I’ve known Michael for about three years since he interviewed me when I was doing a play and we just hit it off.

“Then when I was in Everybody’s Talking About Jamie, he was doing Les Mis next door and our stage doors were next to each other, so we used to hang out.”

The cast have had more time to bond over the past few weeks than before the pandemic began – in fact Simons was just a few days into rehearsal before the show was cancelled and the curtains came down for more than 15 months.

She admits struggling with seeing the show curtailed and her income stopped, but lockdown arrived at a fortuitous moment: Simons had thrown herself into back-to-back projects, having suffered anxiety and depression after her split from Theo Silverston, her husband of 14 years and father of her two children.

She says: “I had come off the back of eight shows in a row with few breaks. I hadn’t seen my kids. I had just got divorced.

“My life had been turned upside down and I was going into Hairspray still not having processed everything. I was about to start doing what I do, which is throw myself into work and forget all my problems.

“For so many people, last year was horrific, but for me personally, it gave me a chance to process everything, get back into being a mum and spending time with my kids.

“It was so good for my soul. Even though I had bills to pay, I would still forgo that to have the time I did at home, because it was massively healing. I’ve not had that in years and it was priceless.” 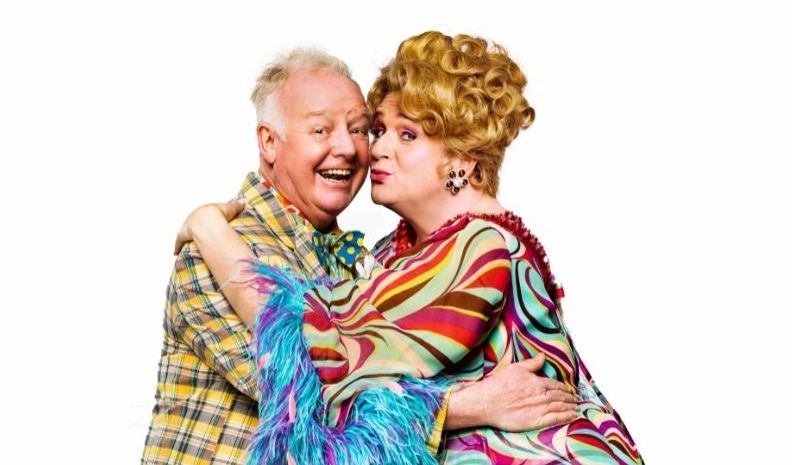 Michael Ball and Les Dennis also star in the musical

Like many others over lockdown, Simons – who reveals she has obsessive compulsive disorder and experienced depression – discovered daily walking “was the most healing thing”.

She says: “I have carried it on every day I get off. The first thing I do is take the dog and go for a stunning walk, no matter what the weather. When I walk, I don’t take the phone with me. I just breathe and it’s gorgeous.”

Speaking of positive life affirmations, the actress says she couldn’t think of a better show to be involved with now, not only for its upbeat vibe, but also its positive messages of inclusivity and integration.

“It couldn’t be more relevant,” Simons explains. “It looks at the story of how black and white people were completely separated in the 1960s, how it was unheard of for a black person to dance on a white person show, and it’s about breaking down all those barriers. The show is also about love, that it doesn’t matter what colour you are or how fat you are, love is the most important thing.

“We’ve cried through rehearsals because it’s so moving, especially with everything that happened last year with the Black Lives Matter movement.” 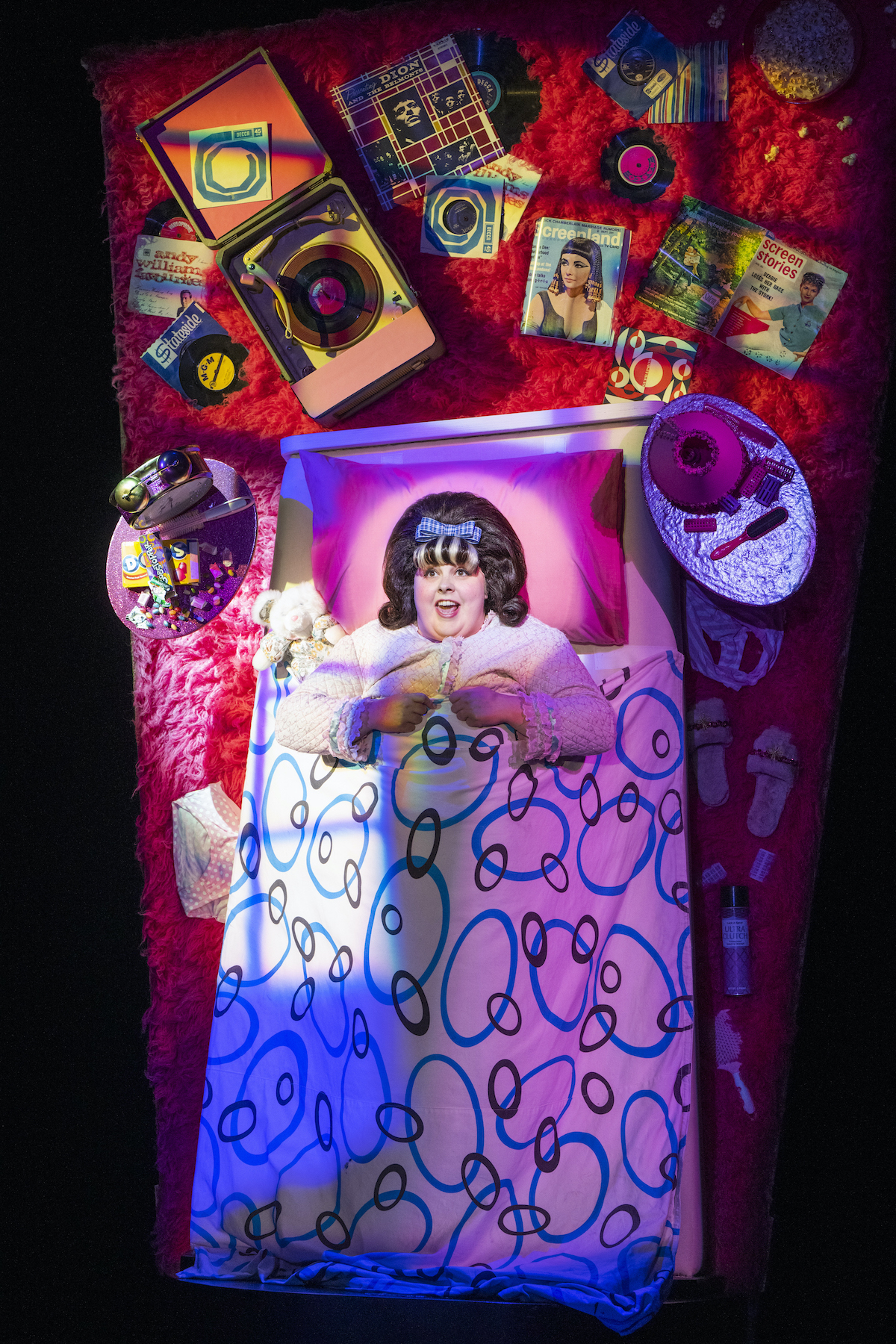 Hairspray is set in Baltimore during the 1960s Credit: Tristram Kenton

Simons most recently appeared as Miss Hedge in Everybody’s Talking About Jamie and Paulette Bonafonté in Legally Blonde: the Musical, but it was as the streetwise Roxy Mitchell in BBC soap EastEnders that she is best remembered.

After a 10-year stint on the show, her character was killed off alongside Roxy’s sister Ronnie in 2017. Given that death doesn’t always stop a soap character returning, I ask her if she would ever consider coming back to Albert Square.

“EastEnders will always feel like home to me and I will always be grateful for the springboard it gave me. But will I come back? Never say never is all I can say!”

In fact, there’s probably more chance of Roxy returning from the dead than her paternal uncle, Lord Alan Sugar, turning up to see her on stage, given his preference for business over showbusiness.

“I would die of a heart attack if I thought my uncle wanted to watch any kind of musical,” she laughs of The Apprentice star. “But I’m sure his daughter, my aunt and other cousins will all be coming along.”