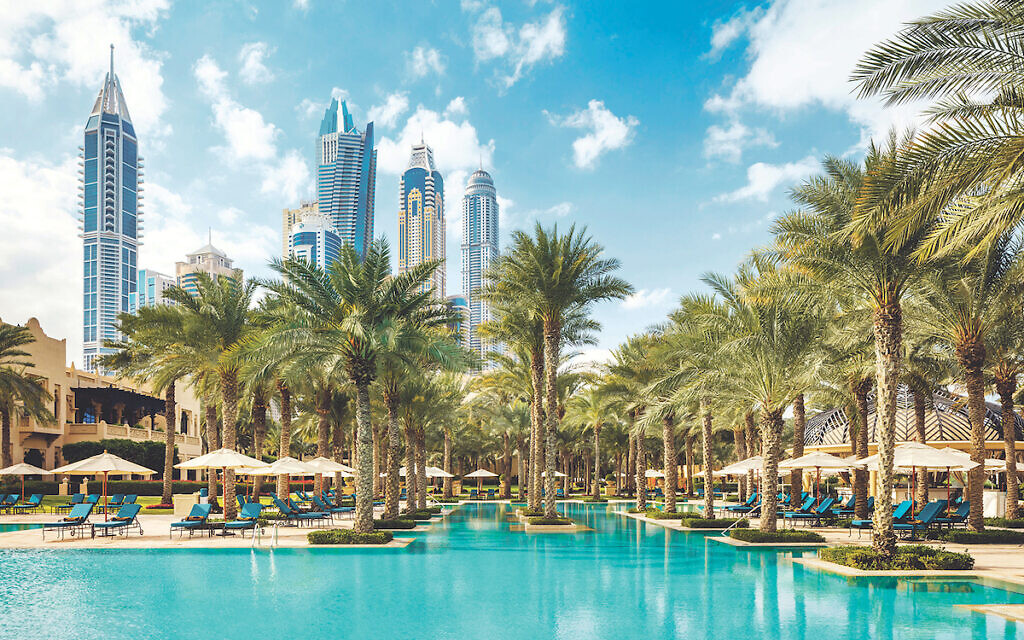 Ever since the historic signing of the Abraham Accords normalisation agreement in September 2020, Dubai has become a playground for Jewish holidaymakers.

The Emiratis have been keen to further strengthen relations with Israel – they have developed an agreement on medical research and development related to Covid-19, signed an Israeli player for Dubai’s Al-Nasr soccer team, sent direct flights to Tel Aviv, and allowed open visits by Israeli journalists. There are kosher restaurants and kosher pop-ups at hotels and there is great interest in expanding tourism. Who am I to say no to an opportunity to visit?

A dreamy flight on Emirates’ stunning A380 Airbus, aboard which we were plied with superb food and fantastic wine by the most wonderful staff (kosher meals are available), and on which I could happily have sat for another seven hours, disbursed us into a magnificent, shiny, gleaming airport terminal (the largest in the world).

From there, we were transported by taxi through a metropolis, the likes of which I’ve never seen, thrillingly lit up at night. Imagine NYC but on a much wider scale… Vegas but taller and more spread out. Jaw-dropping.

The One and Only Royal Mirage is a complex of three hotels (perhaps it should be renamed The Three and Only) – similar but different.

We checked in to Arabian Court, which has the most relaxed vibe of the trio. Styled with Moorish architecture, design features and artefacts, it has enormous and beautifully appointed bedrooms and bathrooms with superb lighting. 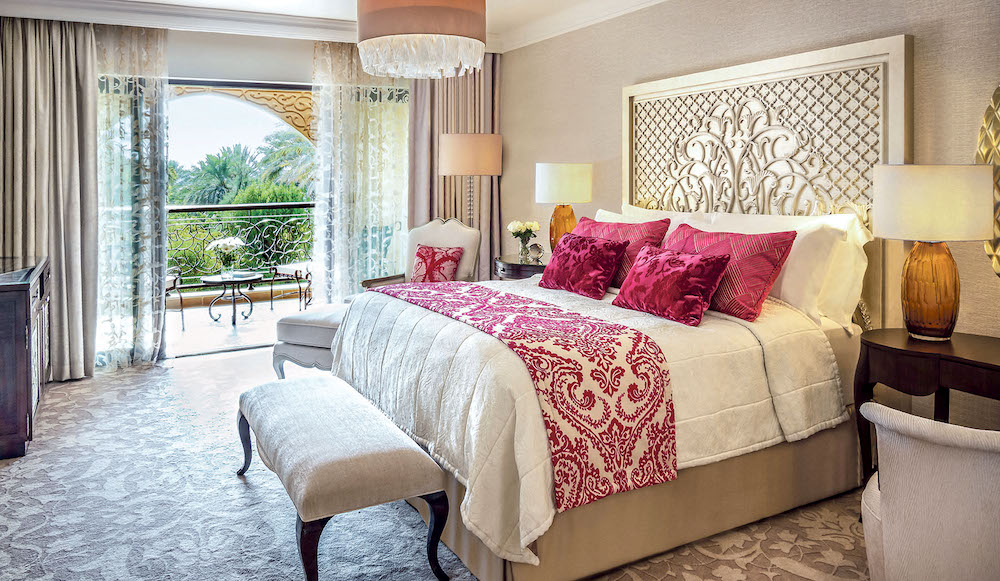 It overlooks stunning grounds, the marina skyline and a beautiful beach that is freshly smoothed to perfection each night.

This being the Middle East, there were all my favourite foods and flavours at breakfast – little pots of hummus and baba ganoush and labneh, freshly grilled halloumi and dates the size of small plums.

Twenty years ago, there was almost nothing to shout about in Dubai – it’s incredible what has been built in such a short time. ‘Then and now’ photo comparisons are astonishing. Next to the famous Burj Khalifa, the tallest building in the world, is the Dubai Mall. Oxford Street, Bond Street and Regent Street come together under one roof, plus an aquarium, a skating rink, a fountain show and a food court with 200 restaurants. It’s huge – 1,200 shops. I managed to clock up 13,000 steps in an hour. Despite my husband’s clever play on words – Do-Buy – I was overwhelmed and came away empty-handed. I’ll just have to return…

The more adventurous among us (ie not me!) went quad biking in the desert early one morning and loved every thrilling second of it.

We did a terrific half-day private tour. Our lovely guide showed us the stunning skyscrapers, the Palm, the huge mosque and the old city and took us on a little boat across to the souk, where I bought my body weight in spices and resisted doing the same in gold and diamonds. We learnt about the history, the buildings, the people and the traditions. We saw how people lived 100 years ago (in Bedouin tents and homes made of coral from the sea). We saw the famous Atlantis hotel and the Burj Al Arab hotel where Roger Federer and Andre Agassi played tennis on the helipad in 2005. 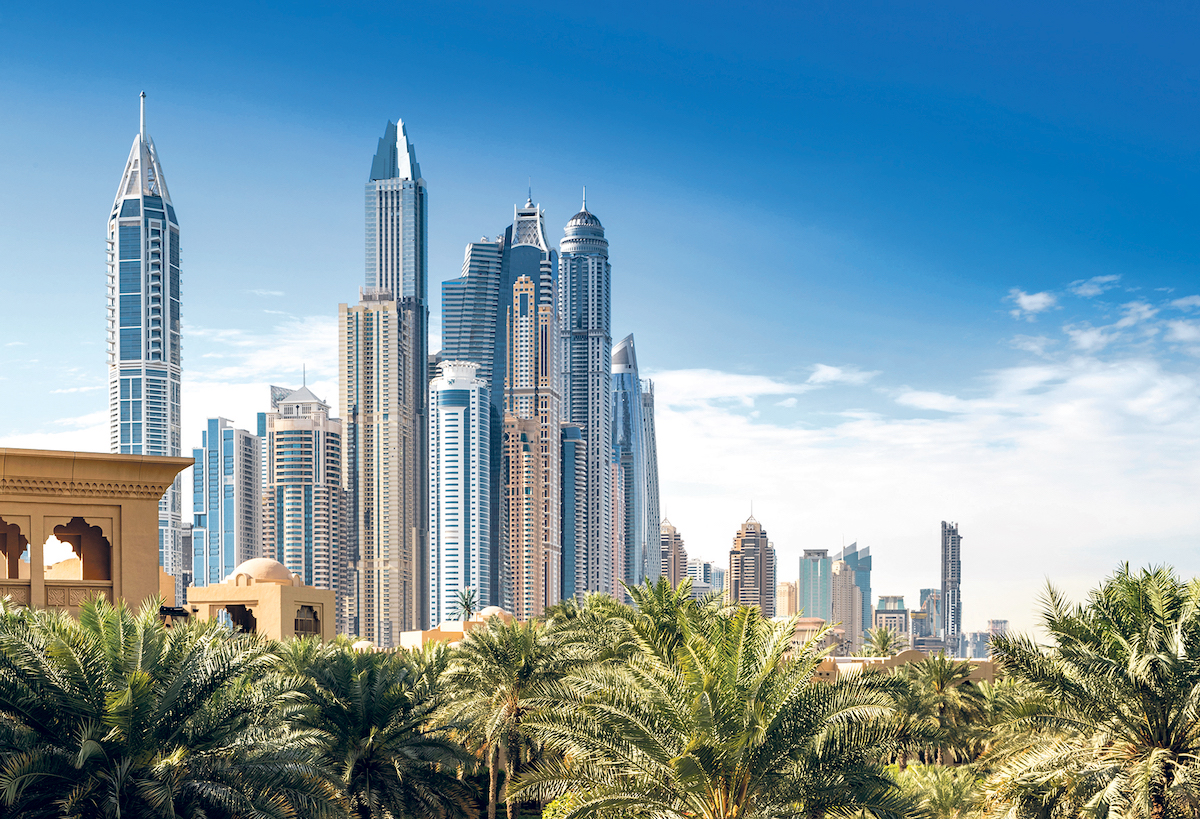 Dinner in Dubai is not just dinner – it’s an experience. We had a great one at Opa, a gorgeously and authentically decorated Greek restaurant complete with music, dancing, plate smashing and superb food. We ate at Tagine, an authentic Moroccan restaurant at another hotel in the Royal Mirage complex (there’s a shuttle buggy to run you everywhere). We also ate at Asia Asia, a fabulous Chotto Matte-esque restaurant on the sixth floor of one of the hundreds of skyscrapers with magnificent views of the marina. 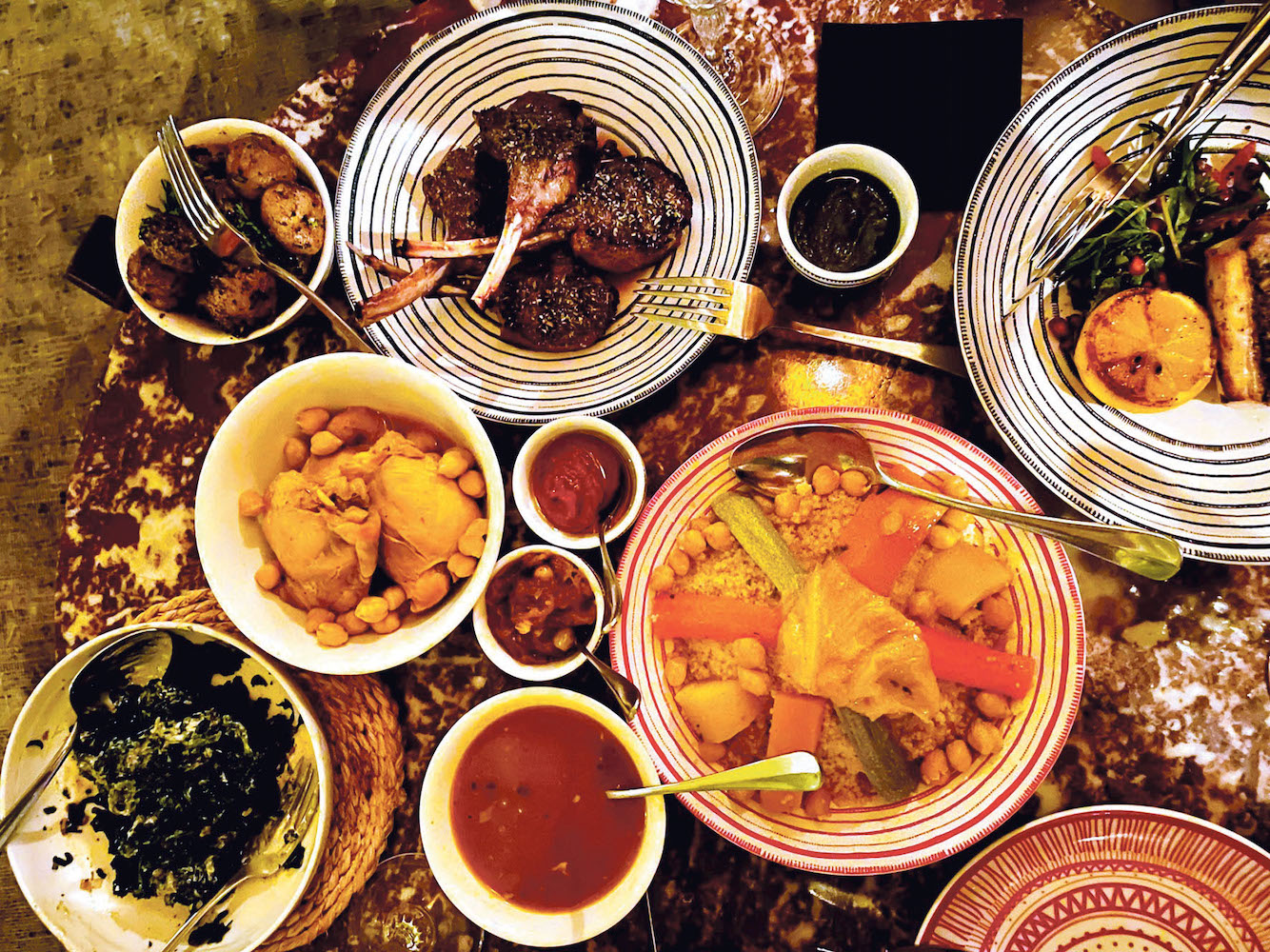 Traditional food is one of the highlights

The highlight was Nusr-Et (more commonly known as Salt Bae, the nickname of its founder), in the grounds of the Four Seasons hotel where, by all accounts, the supercar crew come to be seen. Sadly, the man himself was salting the steaks in London, but my son and brother were shown the ropes and it made for great theatre. We had the famous tomahawk, the magnificent onion flower and a platter of meat sushi, which we all agreed was the nicest thing we’ve ever eaten! We ate at Scalini next door too –reminiscent of the London branch, but this being the pork-free UAE, there’s no treif on the menu. We made up for that with truffle pizza, vitello tonnato and truly superb zucchini.

This was a whirlwind, magical few days. A special family trip of activities and entertainment interspersed with relaxing by the pool and on the beach, with lazy lunches in the sun. The heat is intense, even in October, even at night. But it matches the intensity of this burgeoning, pulsating city. It’s awesome. We all loved it.