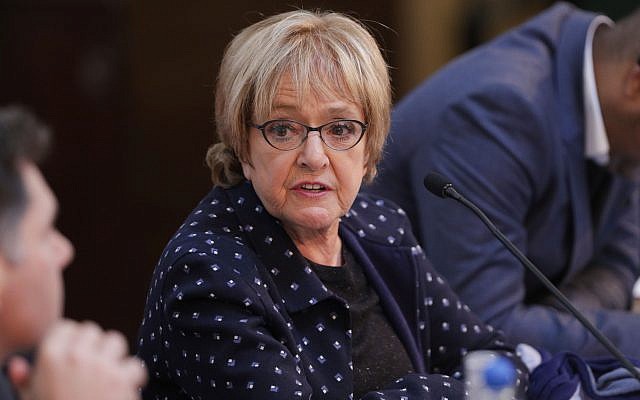 Dame Margaret Hodge has claimed her own background as a child born into a family fleeing persecution has left her fearing the “inadequacy” of the UK government’s plan for refugees escaping the Taliban in Afghanistan.

The Jewish Labour Movement’s parliamentary chair, whose refugee parents had fled Egypt due to rising antisemitism in the 1940’s, issued a downbeat response to the government’s proposal to allow 20,000 Afghan refugees now fleeing the Taliban to settle in the UK over the next five years.

Prime Minister Boris Johnson on Wednesday confirmed the move to resettle 5000 refugees this year, with a further 15, 000 to follow in the next four years during a debate on the crisis in Afghanistan in the House of Commons.

But criticising the proposals Dame Margaret said in a statement that as “someone who has fled conflict as a child and came to the UK as a refugee, I am all too aware of the inadequacy of the refugee scheme proposed by the government this morning.”

She added:”Modelling a settlement scheme on the crisis in Syria is not good enough.

“The humanitarian emergency unfolding in Afghanistan is a direct result of UK and Western action and there are countless Afghan people desperate of immediate assistance.

“We need to create a safe and legal route for those suffering at the hands of the Taliban and we must not criminalise those who come to the UK to seek safety.”

Defending the UK government’s Afghan rescue proposals in the Commons Foreign Secretary Dominic Raab later drew on his own background, born to a Czech refugee father, to say he was “immensely proud” of the plan to allow Afghans fleeing the Taliban to settle in the UK. 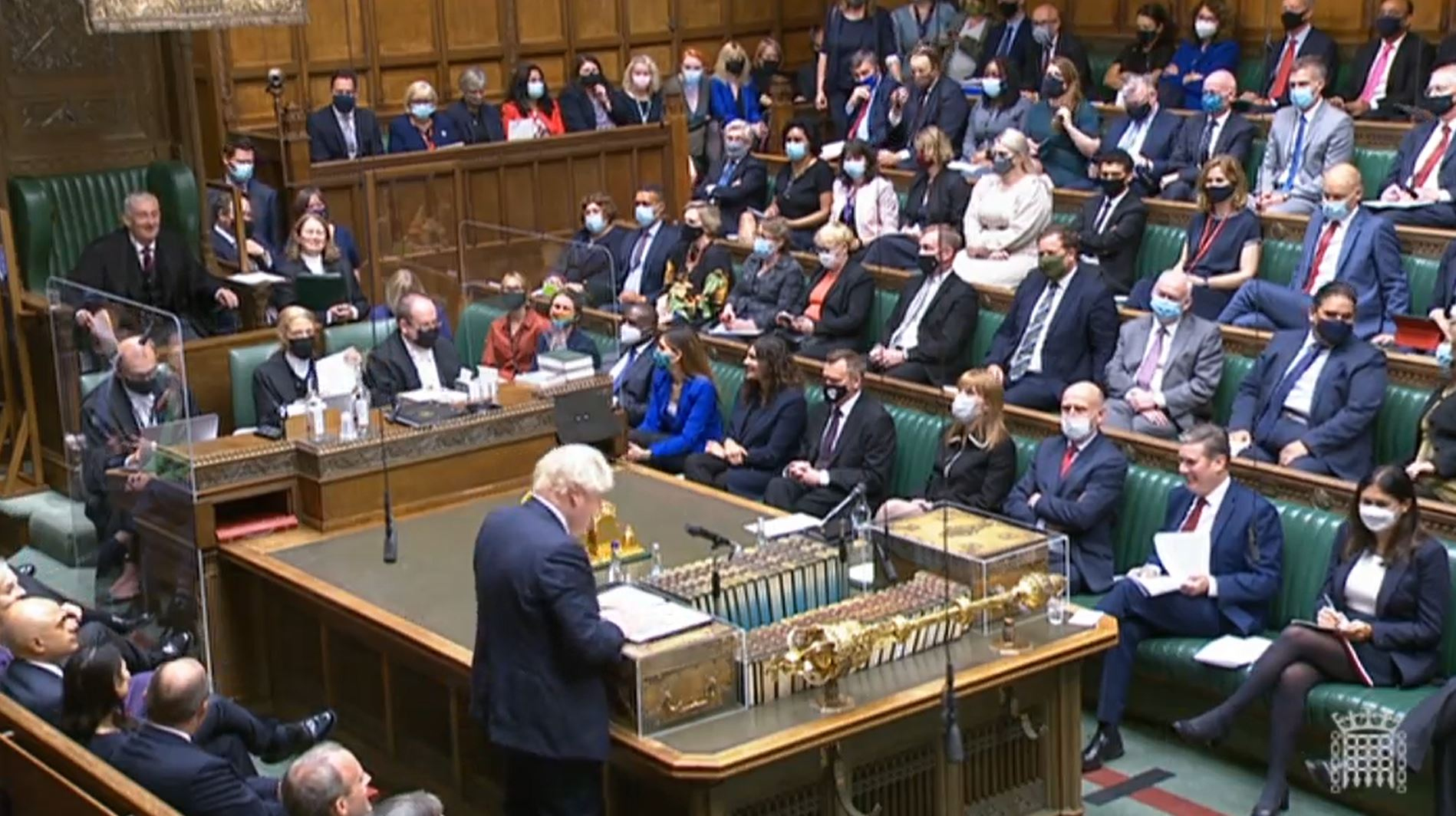 Prime Minister Boris Johnson speaking during the debate on the situation in Afghanistan in the House of Commons, London, as MPs returned to Parliament from their summer break for an emergency sitting on Wednesday, three days after the country’s capital Kabul fell to the militants on Sunday. Picture date: Wednesday August 18, 2021.

Raab told the Commons that like Home Secretary Priti Patel “as the son of a refugee I am deeply proud that this government is continuing the deep hearted tradition of those fleeing from persecution.”

But he was cut off at 5pm by the Commons speaker from concluding his speech as the time limit for the debate which had begun at 9.30am came to an abrupt end.

In a further emotional analysis the Conservative MP and ex-British Army officer Bob Stewart likened his anger over the crisis in Afghanistan with the guilt his mother admitted over her generation’s failure to stop the Nazi Holocaust. 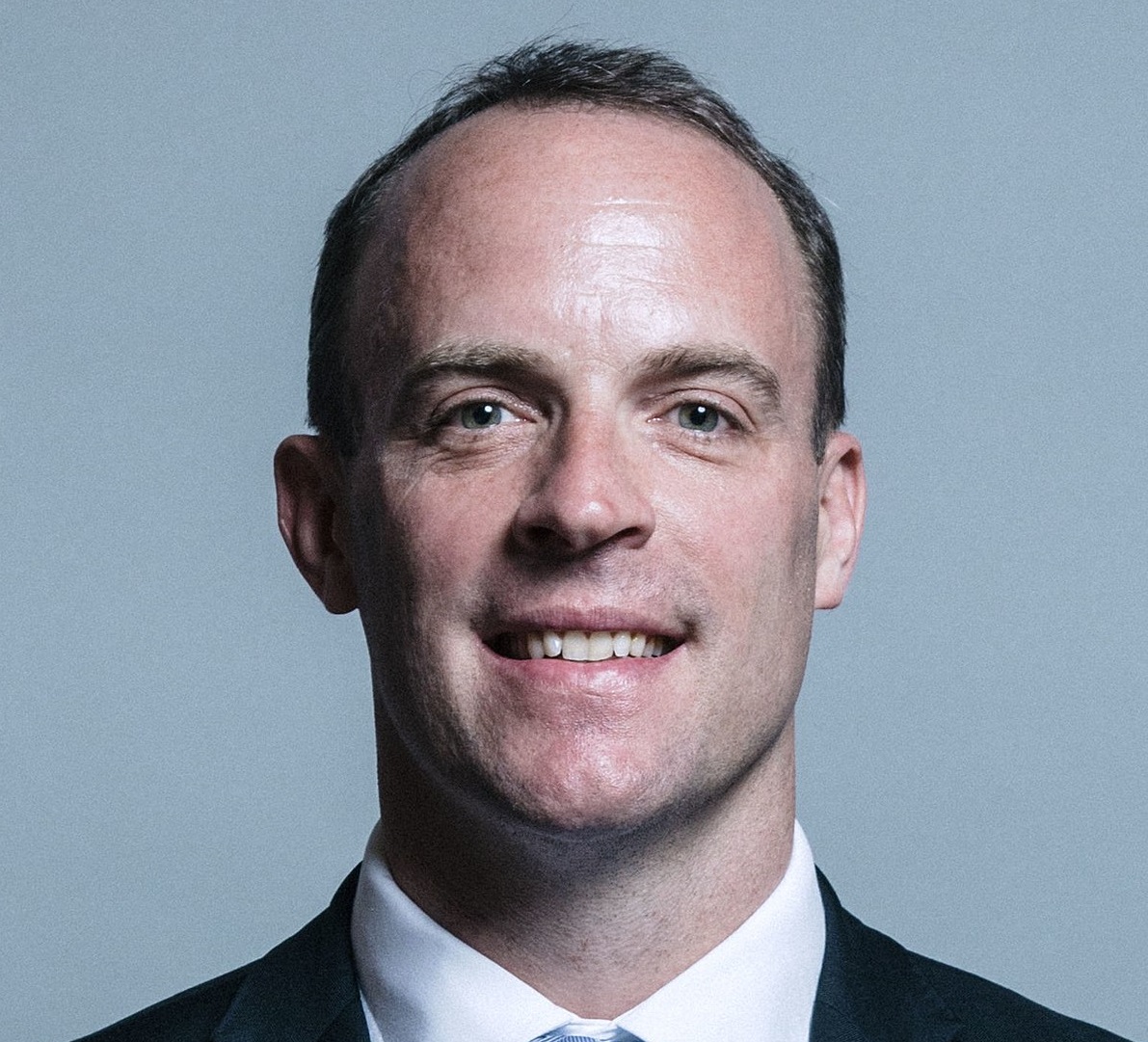 Attempting to comprehend the return of the Taliban to power, the Beckenham MP wrote:” My late mother, who herself served in the Special Operations Executive in World War Two, once told me that she felt guilty that the Holocaust had happened in her lifetime because her generation had failed to stop it.

“When I pointed out that she had done ‘her bit’ she was tart in response. ‘But we all failed, didn’t we?’ she said.”

Stewart, a United Nations commando in Bosnia,added:”I feel exactly the same way as my mother felt all those years ago. I am certainly not sleeping well at the moment.
“Our generation have botched supporting our fellow human beings in Afghanistan and then deserted them. All of us must bear that responsibility.”

Speaking in the Commons on Wednesday, Labour MP Alex Sobel said Leeds Council was now on stand-by to take in refugees in “temporary accommodation” from Afghanistan. 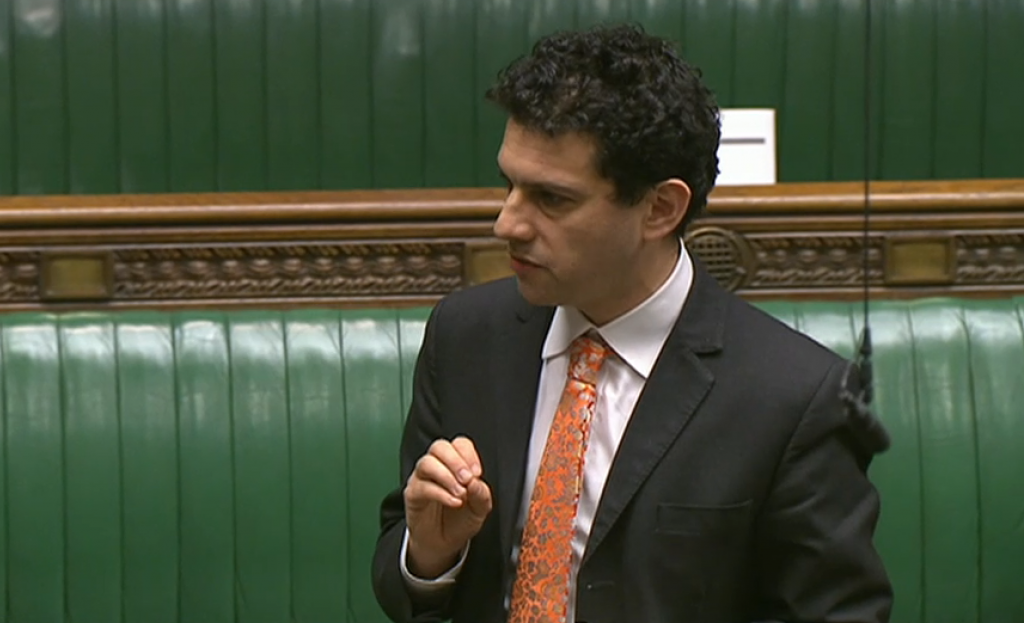 The Jewish MP added:”We need safe routes across land borders. The government needs to ensure the borders are open and there is a safe passage from those third countries.”

Earlier the Prime Minister faced a barrage of criticism from MPs over the UK’s role in Afghanistan, in an emergency Commons debate.

Ex-PM Theresa May said it was “incomprehensible” the UK was not doing more to maintain a. presence, while ex-minister Johnny Mercer demanded more help for veterans. 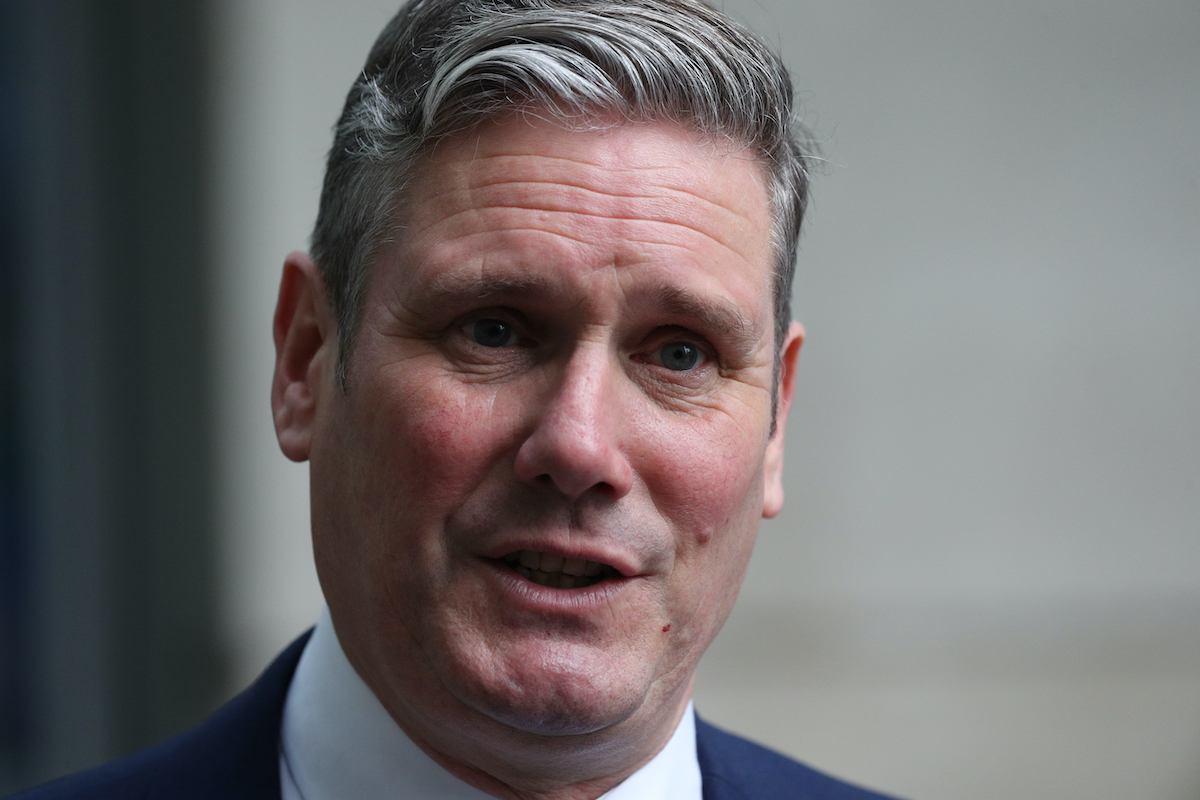 The PM argued though that Nato’s “core mission” in Afghanistan had succeeded.

Conservative MP Tom Tugendhat, who chairs the Commons defence committee and himself served in Afghanistan, said it had been “shameful” of US President Joe Biden to question the willingness of the US-trained Afghan army to fight the Taliban.

Another Tory MP and former soldier, foreign affairs committee chairman Tobias Ellwood, argued the UK “should never have left” Afghanistan.
“What we require is the backbone, the courage, the leadership to step forward, yet when our moment comes such as this we are found wanting,” he said.

The MP for Harlow Robert Halfon condemned President Joe Biden’s decision to withdraw from the country in what he said was a “hasty” fashion. 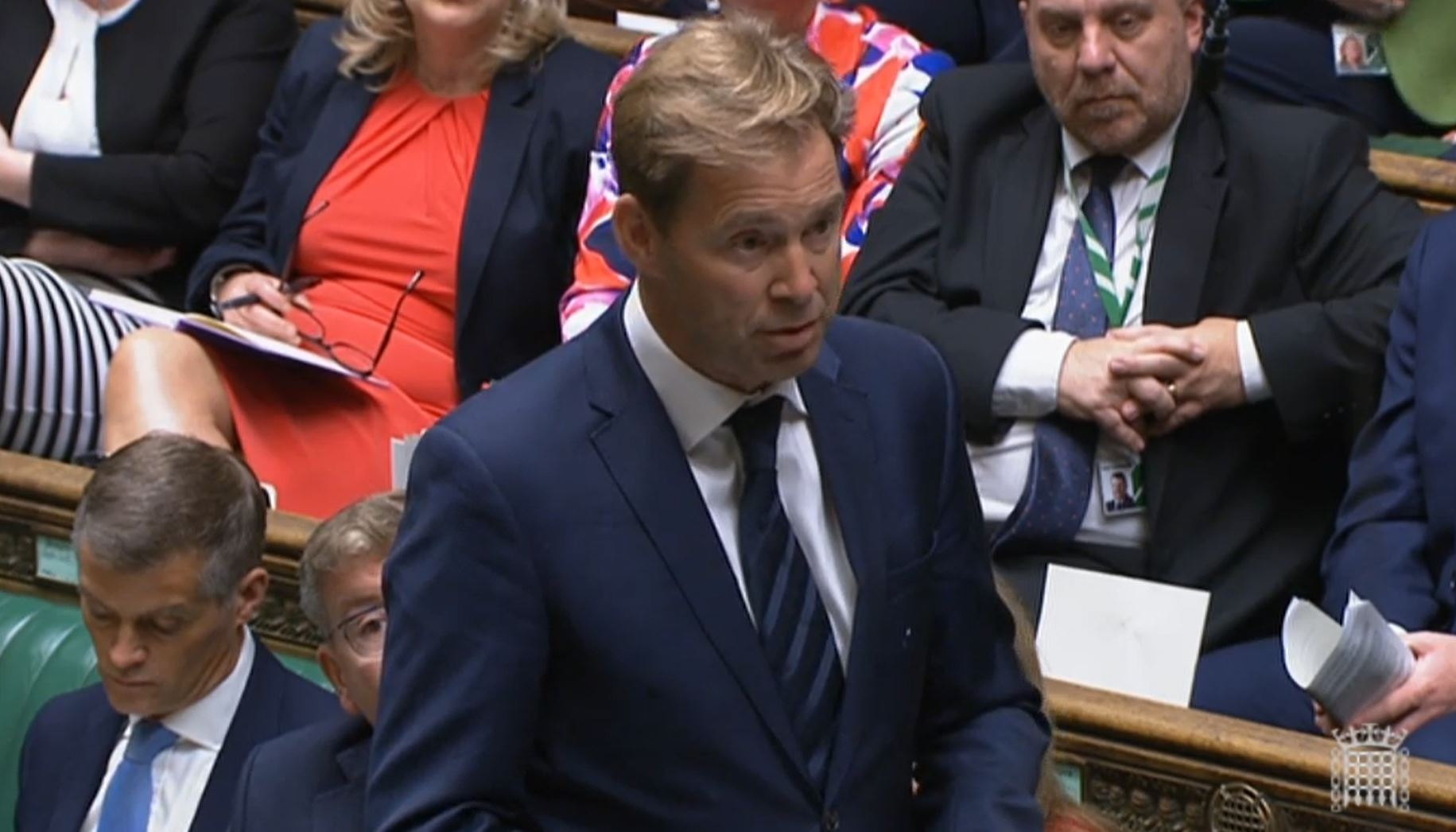 Conservative chair of the Defence Committee Tobias Ellwood speaking during the debate on the situation in Afghanistan in the House of Commons, London, as MPs returned to Parliament from their summer break for an emergency sitting on Wednesday, three days after the country’s capital Kabul fell to the militants on Sunday. Picture date: Wednesday August 18, 2021.

Halfon, who is Jewish, told his local newspaper: “I have huge worries about the United States President’s decision to withdraw from Afghanistan in the hasty way it appears to have been done.

“I do not understand why the USA and Nato could not have kept a small contingent of armed forces in Afghanistan to try and preserve peace and the rule of law and ensure that women’s rights and education was protected.

“I hope the UK will do all it can to assist those Afghanis who have worked with the British army and welcome the Home Secretary’s plans to help with Afghanistan refugees.

“I am sure the Prime Minister will work with Nato and other allies to do everything possible so that the people of Afghanistan do not live under barbarism and the light of democracy, education and women’s rights is not darkened for ever more.”