The joy and relief was palpable this week as dozens of Holocaust survivors mingled for the first time since before the pandemic at a Jewish News-supported photography exhibition showcasing their lives.

Generations: Portraits of Holocaust Survivors movingly showcases the lives of survivors and their descendants more than seven decades on from the horrors of the Shoah.

Among 15 photographers taking part in the project were the Duchess of Cambridge, and longstanding Royal photographer Arthur Edwards, who was made a fellow of the Royal Photographic Society at the event – its highest possible award. 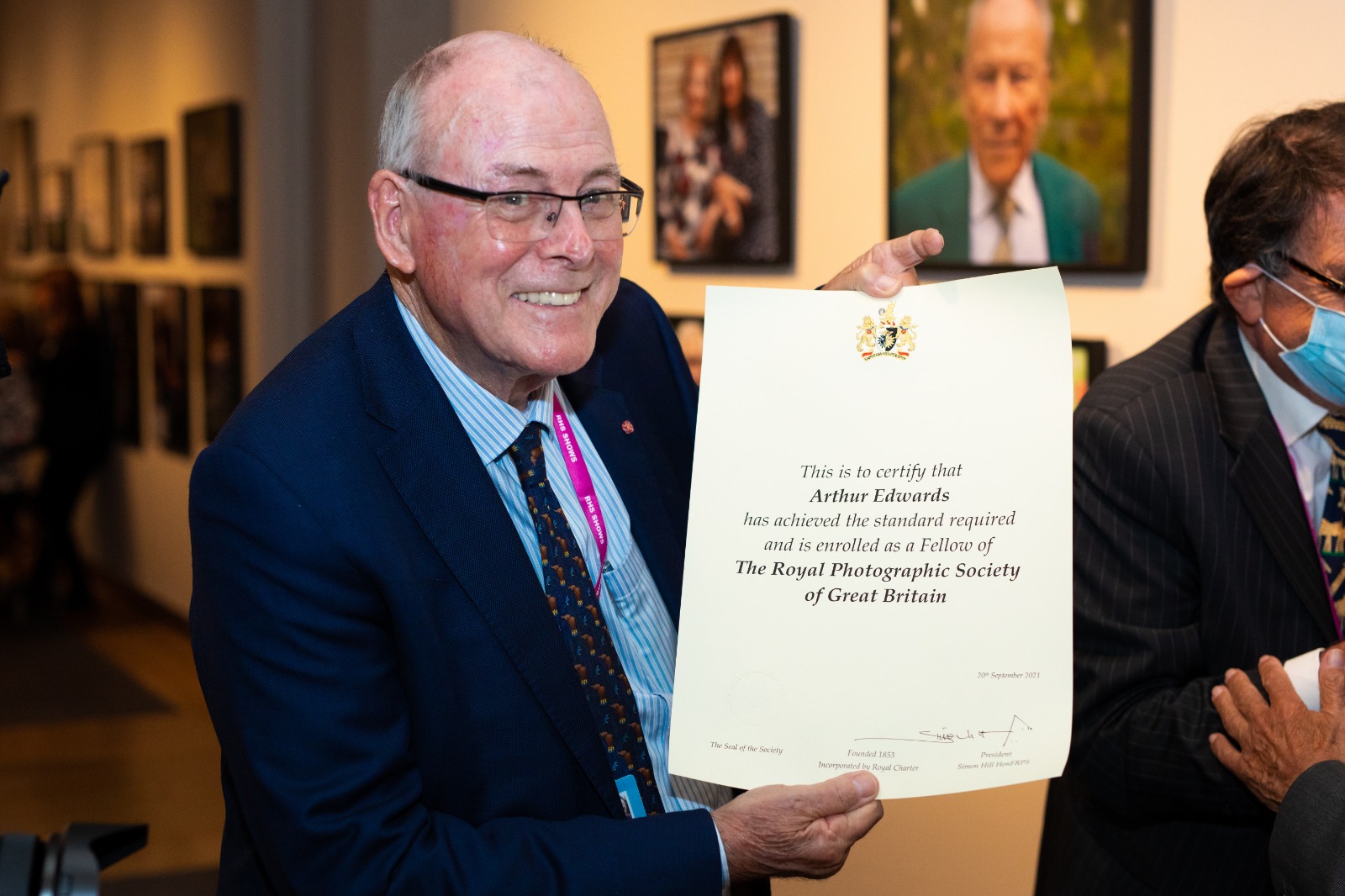 The exhibition is the culmination of an initiative that began two years ago when Justin Cohen, News Editor of the Jewish News, approached the Duchess of Cambridge’s office about an idea for HRH to combine her love of photography with her vow to pass on the memory of the Shoah ahead of the 75th anniversary of the liberation of Auschwitz.

JN was joined by Holocaust Memorial Day Trust and the Royal Photographic Society as partners on the project and exhibition, which was sponsored by Dangoor Education.

Survivors whose portraits are featured hailed the life-affirming exhibition, and told Jewish News they hoped it would encourage viewers to reflect on those “who are not there.”

Martin Stern, a survivor born in 1938 in the Netherlands who survived both the Westerbork and Theresienstadt transit camps, features in the exhibition in a video with his granddaughter, Isobel.

“I thought it was amazing, the standard of photography was extremely high,” he said. He urged the public to reflect that survivors of the Nazi murder regime who are picutred surrounded by family were a “small tiny minority.” 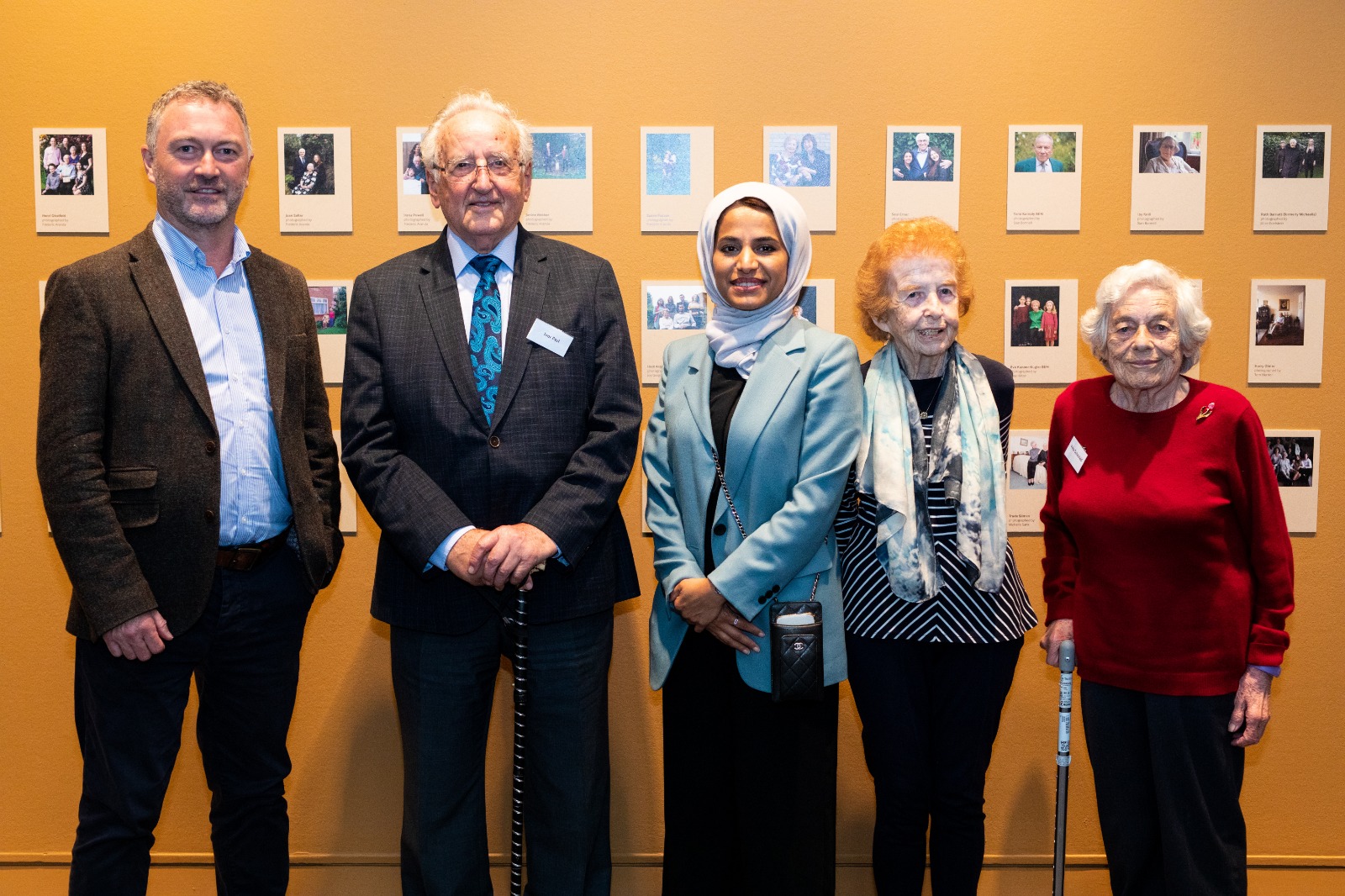 “It gives a slight flavour of what could have come of those huge numbers of others who were murdered and the descendants they did not have,” he said.

“Their world was destroyed. When they see our descendants they should reflect on the wonderful people who came to be.”

Speaking at the event, Olivia Marks-Woldman, the chief executive of the Holocaust Memorial Day Trust, said: “It’s such a gorgeous exhibition. And what makes it gorgeous is you – Holocaust survivors and your families. Your lives are surely miracles.”

Meanwhile, Simon Hill, president of the Royal Photographic Society, said said he hoped viewers not only reflected on the portraits, but also saw their reflection in the glass.

“If they do, they might pause to consider how photography might be used to challenge the genocide that sadly, in so many places around the world, still exists,” he said.

Mala Tribich, one of the survivors pictured, said the occasion was “so moving, it was very emotional.”

“People should go and see it. It’s very interesting the way it has been done, there’s a great variety,” she said.

Fellow survivor Vera Schaufeld came to the UK from Prague on the Kindertransport when she was aged just nine, seeing her parents for the last time as they waved her from the station. She is pictured in the exhibition with her granddaughter, and great grandson.

“It’s important that people know and remember the Holocaust and they look and see that there’s also refugees that need to have safety like the government gave to me,” she said.

“The exhibit was really so well-done. It was such a happy occasion, and it was so lovely.”

A third survivor attending the event, Renate Collins, who came to the UK on the Kindertransport and lost 64 members of her family in the Shoah, praised the exhibition for keeping the memory of the Holocaust alive.

“Anything that brings it to mind is good, because we don’t want people to forget,” she said.

The Duchess of Cambridge photographed survivor Steven Frank, relying on her background in art history to take inspiration from the painter Vermeer for the shoot. 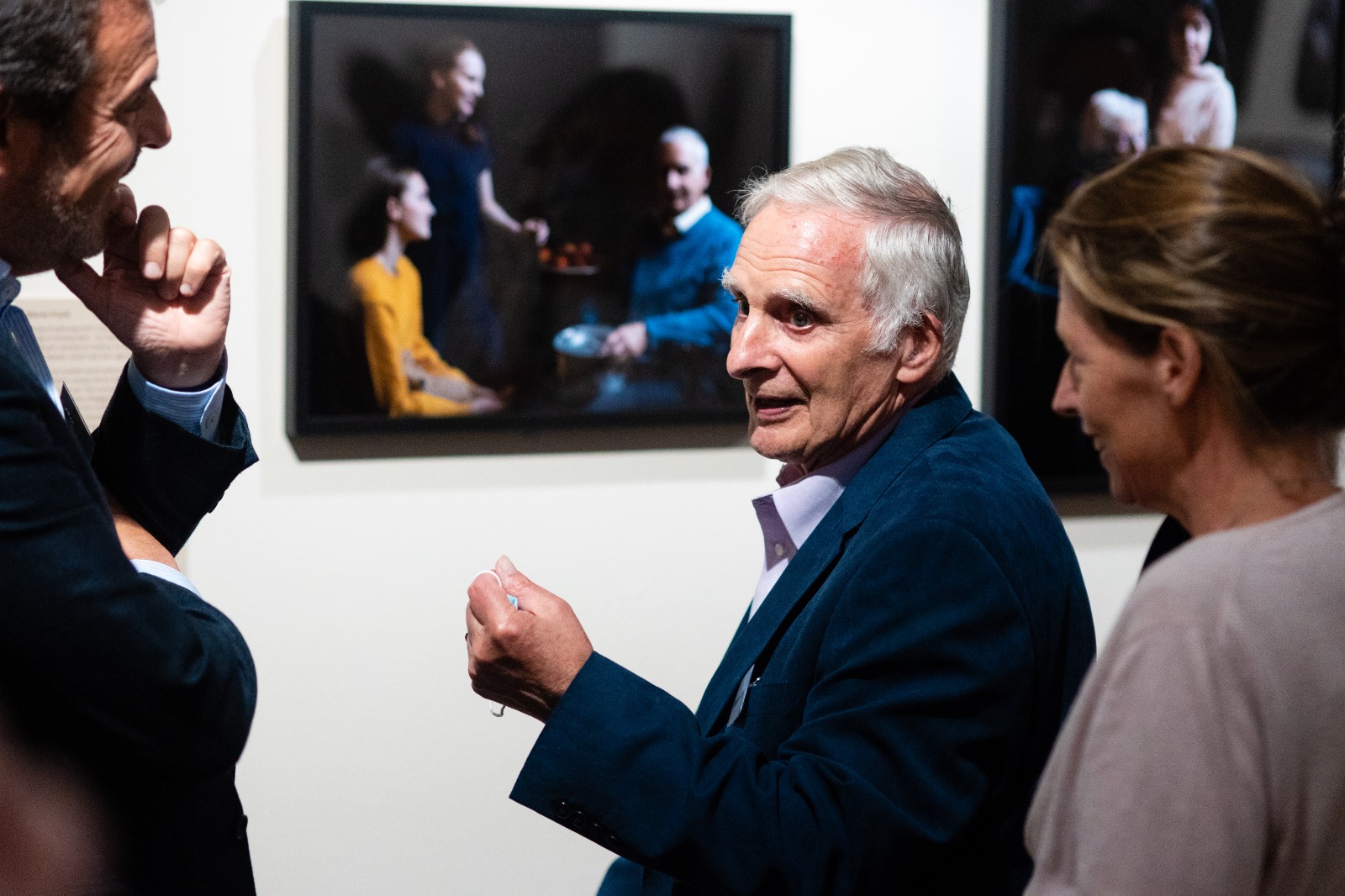 Interviewed by Cohen, Mr Frank told the audience how he was struck by the royals’ insight into the history of the Shoah, recalling how the Prince of Wales had told him of his teachers at Gordonstoun, many of whom had to flee the Nazi regime.

“He has got great insight into what goes on in the minds of Holocaust survivors,” he said. He added: “As I’ve always said: You can cut old earth down to its base, but life will appear.”

David Dangoor, of Dangoor Education, explained that he felt moved to give his backing for two reasons.

“Firstly, it was a forward looking project … showing that out of darkness, new life can arise. And secondly was the venue [the Imperial War Museum],” he said, adding the museum showcased how Nazism was defeated.

The deputy ambassador of UAE, Rawdha Al Otaiba, who attended the event, said she found it “very moving. It reminds us why promoting tolerance, and acceptance of people different from ourselves, is so important,” she said.

Tracy Marshall-Grant, who curated the exhibition on behalf of the RPS, told Jewish News she hoped the pictures would be a lasting reminder of the legacy of survivors’ lives.

Imperial War Museum’s Executive Director of Content and Programmes, Gill Webber, said the installation had helped visitors connect with the history of the Holocaust from a new perspective.

“Now more than ever, it is our collective responsibility to ensure that the stories of Holocaust survivors live on,” she said.

The exhibition will later go online thanks to support from EJC President Moshe Kantor.