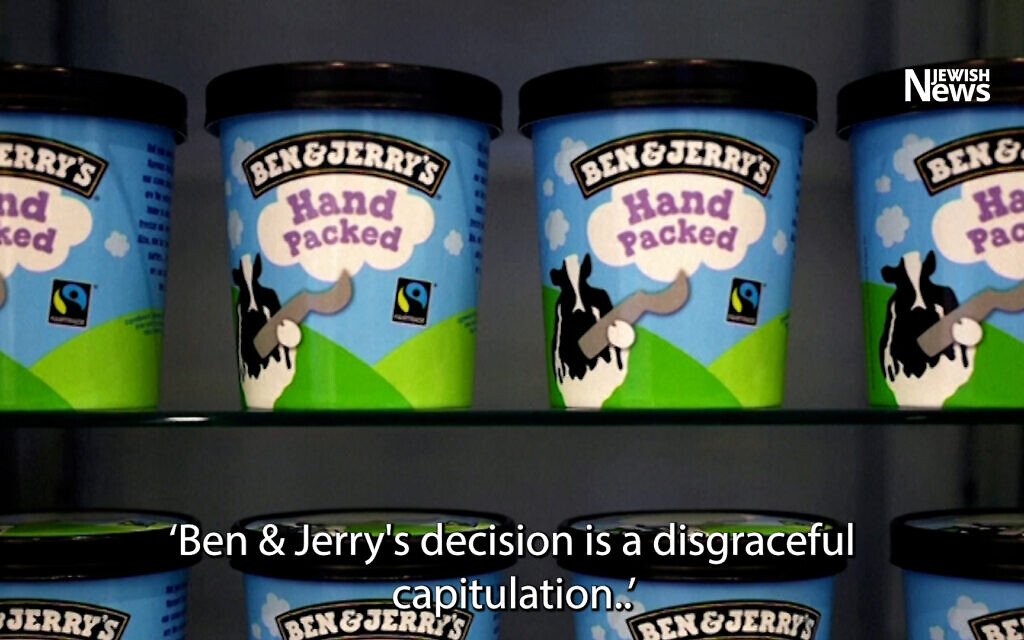 The decision – a short message announcing where Ben & Jerry’s ice cream will no longer be sold – was easy enough to declare.

The company promised it would “stay in Israel through a different arrangement” after the end of next year, when the licence agreement with its local Israeli partner expires.

But that part will be much, much harder.

The global community may not treat West Bank settlements as part of Israel, but Israeli business certainly does. The firms that stock supermarkets don’t operate according to a store’s status under international law.

It all comes down to what Ben & Jerry’s considers – to use its phrase – an “Occupied Palestinian Territory”.

There’s a complex but important point to make here about terminology.

Unsurprisingly, different parties use different words for this part of the world. Many Western countries use the designation “Palestinian Territories” in the plural to cover the West Bank, Gaza and East Jerusalem. Britain routinely adds the word “Occupied”; the United States does not.

Ben & Jerry’s is only the latest authority on the matter but has opted to use OPT in the singular. It’s seldom used these days because it is so imprecise: which Palestinian territory, and under whose control?

This isn’t pedantry. It matters because Israeli and Palestinian customers will want to know where – depending on their politics – they can still buy or avoid a tub of frozen cookie dough.

Tel Aviv? Eilat? They’re fine, they’re in Israel. Ariel? That’s a vast West Bank settlement, so no. But what about towns exclusively managed by Palestinians, like Ramallah?

There are many places where that boundary set in 1967, the line used as a basis for most peace proposals, has become blurred in the last half-century.

Nowhere is that more apparent than the sprawling city of Jerusalem, where corner stores and supermarkets on either side of the line are supplied in exactly the same way.

Jewish News repeatedly asked Ben & Jerry’s this week to clarify which lands it considers Israeli and which are Palestinian.

We have had no answer. But that’s no surprise: the question has stumped many more than a humble ice cream maker.