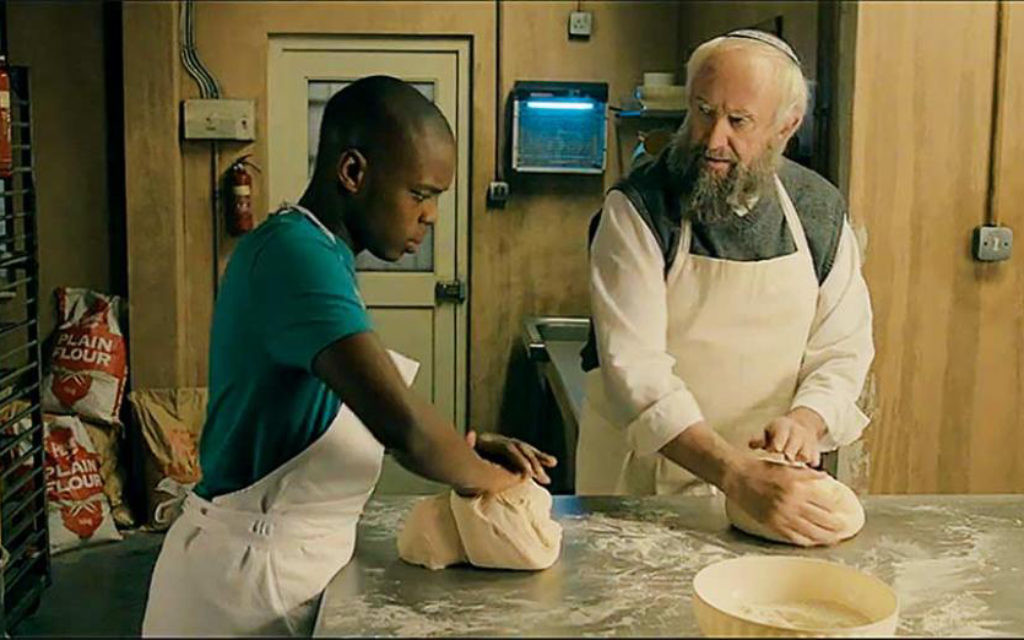 Dough, a film made by Jeremy Freedman, features Jonathan Pryce, above, as an old Jewish baker

Before Jeremy Freedman’s untimely and tragic death in April at the age of 36, he left behind an astonishing amount of work. The award-winning scriptwriter will be celebrated and remembered at a special charity screening of Dough, the feature-length film he wrote.

Starring Jonathan Pryce and Pauline Collins and conceived by Freedman’s friend Jonathan Benson, it is a heart-warming tale of a Jewish baker who employs a Muslim to help in his bakery.

The funds raised at the screening will go to the Yehuda Jeremy Freedman Foundation to help those who were born with the same genetic condition that eventually took Freedman’s life.

Freedman, known affectionately by his friends and family as Jez, was born with vascular EDS (Ehlers-Danlos Syndrome). He was the youngest of three siblings.

Dough, a film made by Jeremy Freedman, features Jonathan Pryce, above, as an old Jewish baker

Older brother Ian says: “He just got on with it. We had to be careful with him because he was easy to bruise, but he never let the condition worry him.”

The older Freedman remembers his brother often played football with friends at Immanuel College, even though he knew he was not allowed to. His condition seemed to be under control until, when he was 25, his stomach burst.

His family thought he was close to the end but a drug was found that was able to clot his blood and, miraculously, he made a full recovery.

This pivotal moment in Freedman’s life marked the start of his 11-year ascension to cinematic success. This included a first degree in English at Westminster, followed by a masters in screenwriting.

It was when Freedman met director John Goldschmidt that his scripts were brought to life on film. He was shortlisted for the Red Planet Award, won the Peter Ustinov award at the International Emmys and his career took off.

Short films The Storyteller and The Funeral followed, and won more awards as they were shown at various film festivals in America, Europe, Israel and elsewhere.

The idea for Dough came from hearing a news story on the radio about a baker who had been arrested for putting drugs in his produce.

Freedman, together with Goldschmidt, secured funding and they were able to make the film, which is due to be screened at Jewish film festivals across the world and then released into mainstream cinemas in March.

“He never got the chance to see how it has taken off and there were so many other scripts he started. A talent was cut short,” says Freedman’s brother. “We always used to say we never knew where he got it from!”

Friends and family thought Freedman would be the eternal bachelor until he met and married Heather and they had two daughters who unfortunately carry the same gene as their father. Ian says: “ Jez died 11 days before his youngest daughter Miriam turned one, so although it’s fantastic to see how well the film is doing, it will always be tinged with sadness.”

The Yehuda Jeremy Freedman Foundation was set up as a tribute to Freedman by family and close friends. It aims to use the funds raised in part to help Freedman’s daughters, but will also go towards research for EDS and to assist those living with it.