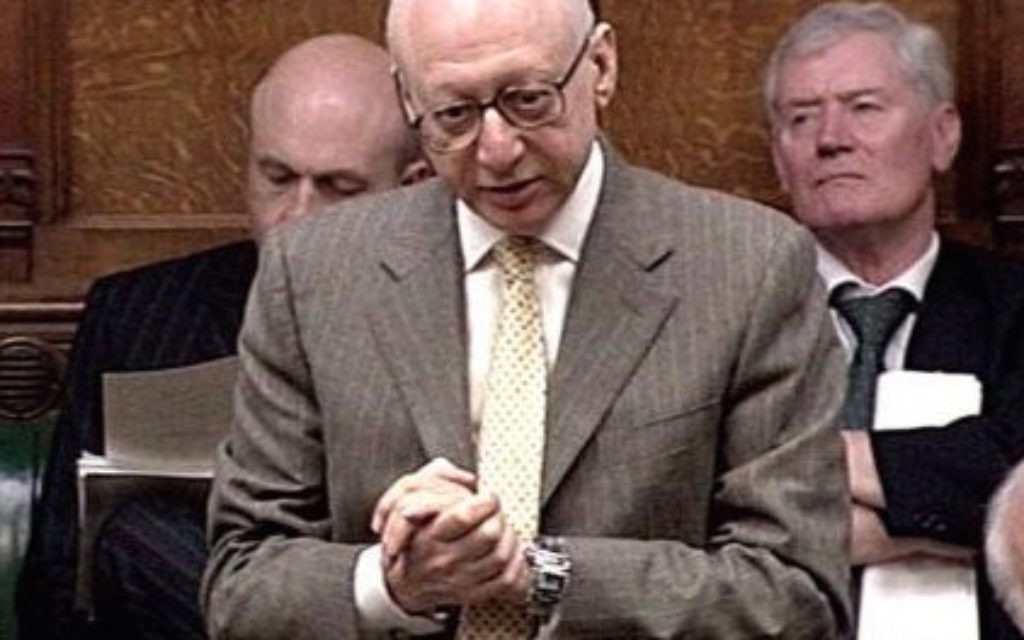 Israelis are “murderers” who “use the Holocaust…to justify their murder of thousands upon thousands of Palestinians”, according to “despicable and disgusting” comments made yesterday by Parliament’s longest-serving Jewish MP.

Sir Gerald Kaufman also used Wednesday night’s Westminster Hall debate on the UN’s inquiry into last year’s war in Gaza to call for an arms ban and economic sanctions on Israel – a country he says has “achieved nothing…except to make the lives of the people of Gaza total hell”.

The Father of the House is an outspoken critic of Israel, having previously dubbed the country “a pariah state”, and has served as the Labour MP for Manchester Gorton since 1970.

The 85-year-old said: “The Israelis use the Holocaust, they use the murder of six million Jews to justify their murder of thousands upon thousands of Palestinians.

“We have to take action. We have to impose an arms ban and economic sanctions on these murderers, who live a first-world life courtesy of America and the European Union. The Palestinians are a persecuted people and it is time that that persecution was brought to an end. We will not rest until the Palestinians are free.”

Kaufman also added that he thought the UN’s response to 2014’s Operation Protective Edge had not gone far enough.

His uncompromising rhetoric drew harsh criticism from Hendon MP Matthew Offord, who dubbed Kaufman’s comments “despicable and disgusting”, before going on to re-affirm his belief in Israel’s right to exist and criticise the UN’s alleged anti-Israel bias.

The Conservative MP said: “We should bear in mind that the UN has a long history of criticising Israel, more than it has any other country in the world — so much so that many of us feel that its criticisms are no longer legitimate.

“Israel has a right to exist. It is constantly under attack—that seems to be forgotten by the UN Human Rights Council and some members here this afternoon.

“None of us rejoices in the deaths of any human being, but to claim that any country kills people as a result of the Holocaust is not only despicable and disgusting, but disrespectful to the House.”

Sir Gerald’s comments represent the second occasion in two months that he has used his parliamentary platform to launch an attack on the Israeli government – last month he accused Benjamin Netanyahu of racism in the Queen’s Speech Debate, and slammed Israel’s “most extremist government”.