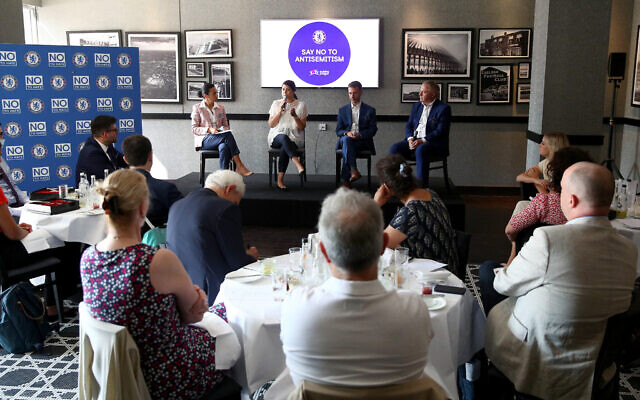 Panel at the antisemitism seminar (Photo by Chelsea FC/Chelsea FC)

Chelsea chiefs have pledged to continue standing up to discrimination despite charting a “disappointing” rise in antisemitism in football.

Owner Roman Abramovich was subjected to unprecedented social media abuse totalling almost 3,000 messages in May, coinciding with antisemitism and racism in the UK amid conflict in the Middle East.

Chairman Bruce Buck has revealed Chelsea owner Abramovich’s dismay at the rising tide of antisemitism – but insisted the long-standing Stamford Bridge custodian remains forthright in his and the club’s bid to tackle discrimination.

Chelsea have launched a three-year partnership with the Anti-Defamation League (ADL) amid their latest Say No To Antisemitism initiatives, with the scale of abuse directed at Abramovich laid bare.

“Mr Abramovich was certainly disappointed in a broader sense, not just because things were directed at him, but because of generally what was going on,” said Chelsea chairman Buck.

“And I think that’s the way everyone at the club felt.

“And hopefully the hope will last longer than the sadness. 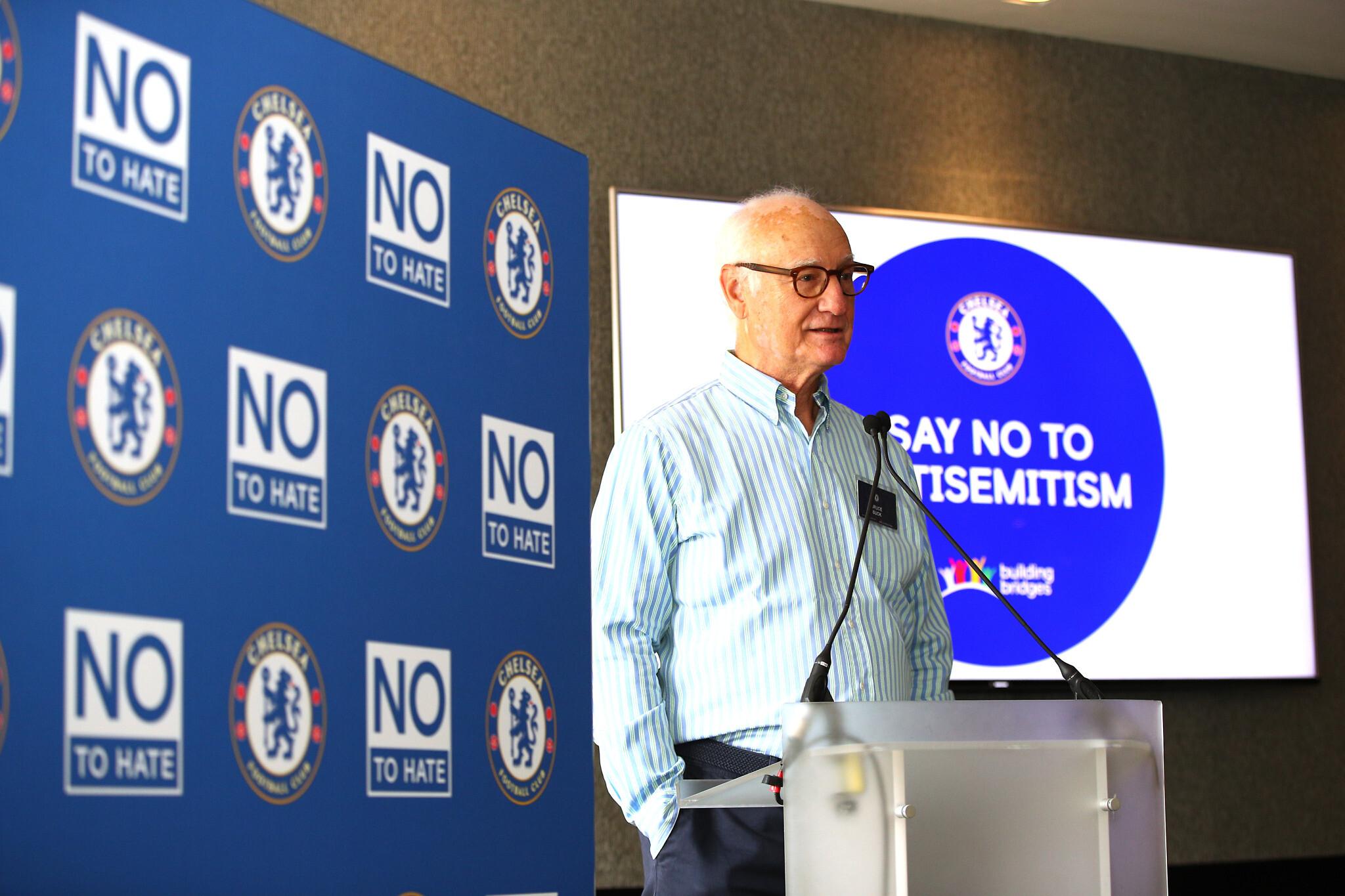 “It has not been an easy time for those who fight discrimination in the last year and a half.

“But it’s important also to remember that when we do stand up for what we believe in and causes like this, it leads to good things.”

Chelsea hosted an antisemitism and football seminar at Stamford Bridge on Tuesday, where industry leaders came together to chart the way forward in the fight against racism and discrimination.

Pledging to help other leading football clubs mirror their initiatives, Buck continued: “We honestly aren’t interested in taking all sorts of credit for this, we’d love to share all our resources, all our thoughts, even some of our people to other clubs, to engage in similar, or in dissimilar activities related to fighting discrimination.

“The only way this is really going to work is if there’s a geometric multiplier in there.

“We’ll be happy if we can move the needle a little bit, this is a very big issue and Chelsea will not solve this by itself.

“And it needs lots of people participating in it and that’s what we’d really like to see.”

Nazarian outlined Chelsea’s pioneering work with the Say No To Antisemitism campaign that has been running for almost four years. 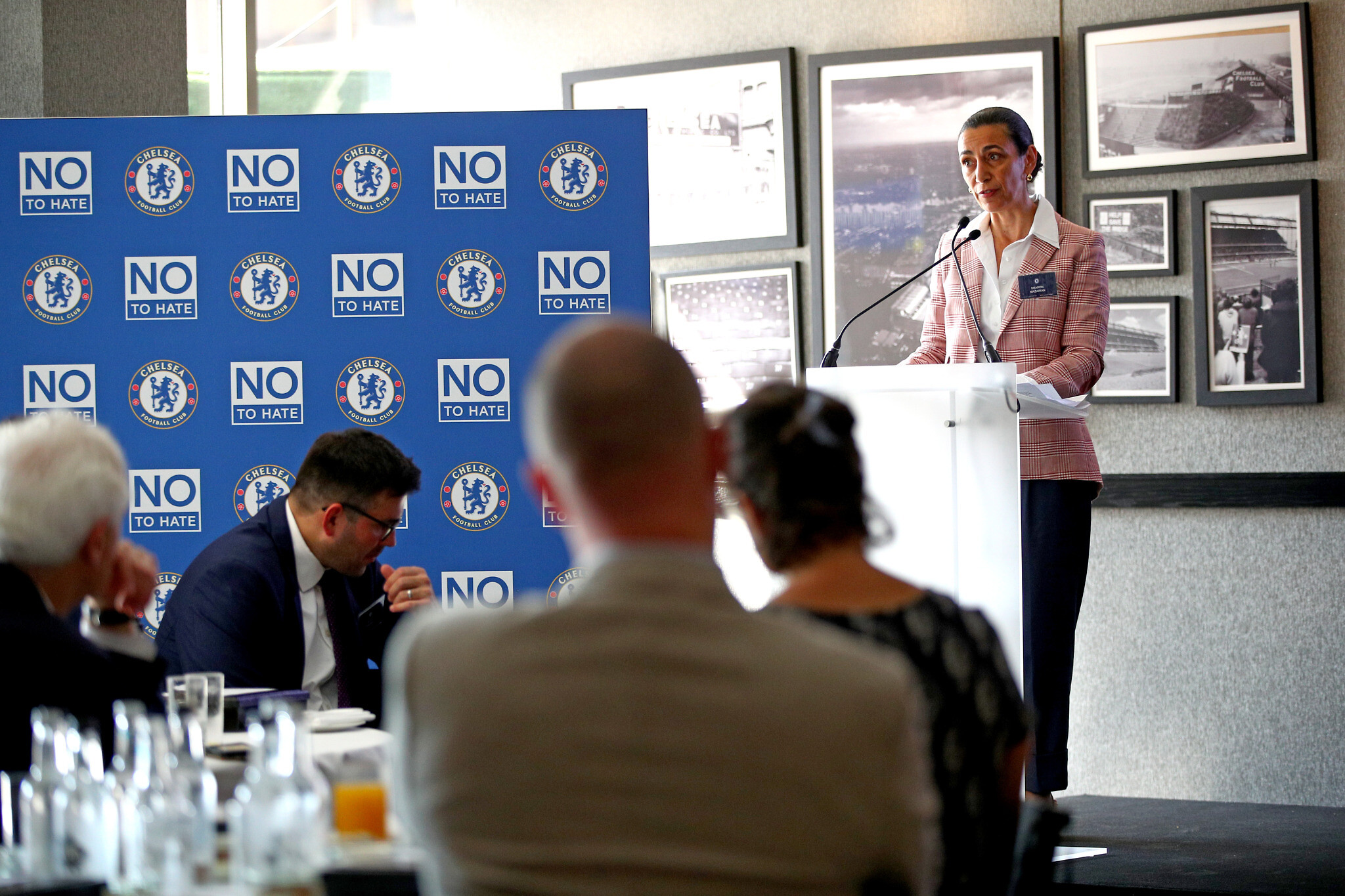 “A club as big as Chelsea taking the stance they have taken around these issues, is brilliant,” said Burnett.

“It’s a shining light, and it gives us the opportunity to follow in the slipstream.

“But we’re going to do more on antisemitism because not enough has been done in football.

“We’ve got a model to follow now, and we can hopefully add to that as well.

“We’re really hopeful that we can build something sustainable that can drive real change in fighting antisemitism.

“Historically it’s been alleged that Kick It Out was formed to fight racism against black players and coaches.

“But we’re very much of the belief that you can’t just fight one form of discrimination, because discrimination is wrong in all its forms.

“We looked at our strategy and realised we weren’t doing enough on antisemitism and we brought together a group of stakeholders with vast experience in this area.

“Success for us looks like fewer instances of antisemitism but also it’s far more vocal opposition when we do see antisemitic incidents in football.”