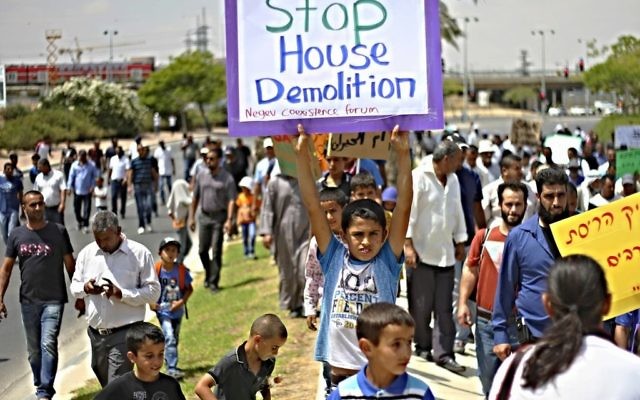 A senior Conservative politician has accused Theresa May’s Government of a “significant shift in policy” on the Israeli-Palestinian conflict, after a Committee’s decision not to debate settlements.

Sir Desmond Swayne MP, a former Parliamentary Private Secretary to David Cameron and two other Tory leaders, raised the matter in the House of Commons on Thursday.

Swayne, a decorated former soldier, asked the Government’s spokesperson about the Backbench Business Committee’s decision not to schedule a debate on settlements “and the destruction of Umm al-Hiran,” a Bedouin village.

He said: “Is there a possibility of a Government statement on what appears to be a significant shift in Government policy over recent days as we cosy up to the incoming American Administration in granting complete impunity to Israel?”

Leader of the House of Commons, David Lidington MP, said: “The Government’s policy on Israel and Palestine has not changed. We remain committed to a two-state solution, involving a sovereign, independent viable Palestinian state living alongside Israel, with mutually agreed land swaps where appropriate and with Jerusalem as the shared capital of both states.”

He added: “Our view on the settlements remains that they are illegal in international law, and that is at the heart of the United Kingdom’s policy.”

In a further exchange, Swayne drew attention to the role of religious-nationalist Jews living in the West Bank, saying: “There is an increasingly militant settler movement that treats Palestine like its own biblical theme park.”

In the same discussion, another senior Conservative heavily criticised the rising rate of infant mortality in the West Bank and Gaza.

Dame Caroline Spelman MP, a former Environment Secretary, said: “It is scandalous that infant mortality is increasing in the occupied territories when, on the whole, it is in decline around the world.”