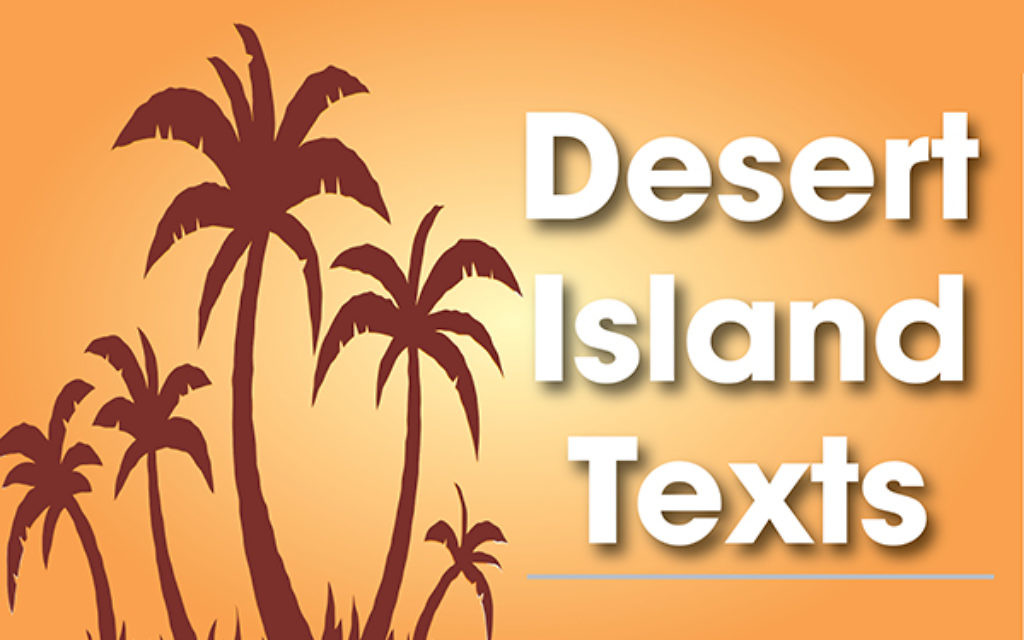 If you were cast away on an island with just one Jewish text for company, which would you choose?

I came to Britain at the end of the 1970s, in my late teens – a migrant. I left Texas, where I’d spent my adolescence: there were bad things I wanted to leave behind, and good things I looked forward to here. Just like migrants today.

I became hooked on British radio, avidly following Gardeners’ Question Time (I had no garden) and Desert Island Discs: how wonderful to hear an interesting, distinguished person reflect on life via music, plus three books – the Bible, Shakespeare and a third book.

Like many Jews, I was dismayed in 1989 when Desert Island Discs invited Diana Mosley, widow of fascist leader Oswald, to be the castaway. She reminisced admiringly about Hitler – and expressed doubt that six million Jews had died in the Shoah. If I had to choose a third book, I might have to invent something like The Universal Book of Jewish Poetry.

In it would be Heinrich Heine, Osip Mandelstam, Nelly Sachs, Else Lasker-Schueler, Joseph Brodsky, Leah Goldberg, Max Jacob, Barbara (Monique Serf), and many others: in their languages, with translations. Plus poets of today, such as Elaine Feinstein, Ruth Fainlight, Carol Rumens, all three British Jewish women (something rarely noted).

If limited to one poem, maybe it would be My blue Piano (Mein blaues Klavier), an elegy written by the great German poet Lasker-Schueler, an old woman and refugee in British Palestine in the early 1940s. The poet evoked her lost world – German literature – conjuring it up as a mysterious blue piano.

“Now the rats are dancing” in it, she mourned, and in her new home, Jerusalem, she yearned to be admitted – still living – to Heaven. I’m sure it expresses the sorrows and yearnings of countless migrants today.