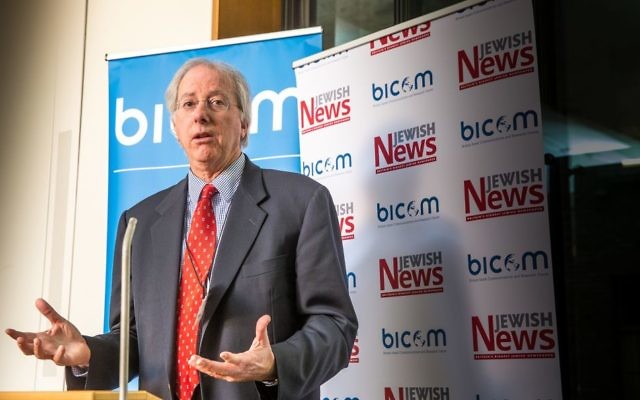 A former American ambassador who advised two U.S. presidents on the Middle East said he “hasn’t a clue” what Donald Trump will do or not do in the region – and nor does anyone else.

Dennis Ross, who was Bill Clinton’s special envoy to the Middle East, and who advised George H. W. Bush, said Trump’s “contradictory” messages meant that his approach, and its implications for Israel, was not yet known.

Ross has been described as a “key player in Israeli-Palestinian negotiations,” and shared his experience at Portcullis House in Westminster on Wednesday, during the UK-Israel Shared Strategic Challenges Conference, which was jointly organised by Jewish News and UK-Israel think-tank BICOM.

He highlighted Trump’s conflicting comments on issues such as the Iran deal, saying: “In the same speech at [lobby group] AIPAC, he said he was going to scrap it, then he said he was going to enforce it, which is contradictory, so we don’t know what he’s going to do, but he will face a dramatically more challenging Middle East than any of his predecessors,” noting that they all faced at least one major conflict.

Ross said: “Trump inherits the war in Syria, with half a million dead and 12 million refugees… If that were the only thing he was inheriting, it would be quite enough, but he also faces proxy wars in Iraq and Yemen.”

Oxford University academic Sara Hirschhorn, who chaired the debate on Trump’s likely impact on Middle East policy, set the stage, saying: “Obama’s red lines are now crimson with bloodshed and displacement, meanwhile the threat of terror has not declined.” She added that Trump had “taken quite an isolationist stance in opposition to regime-change and nation-building.”

Ross said Trump approach to Syria “has implications for how he deals with the larger question of the challenges that Iran poses through the use of Shia militias,” and said a “convergence of strategic interests between Israel and most Sunni Arab states” presented an opportunity for the U.S. president-elect, with “practical cooperation below the radar screen”. This grew out of mutual Israeli and Arab concern about President Obama’s approach to the region, he said, and “could now be very useful in how you deal with Iran, or with radical Islam, or with the Israeli-Palestinian issue”. 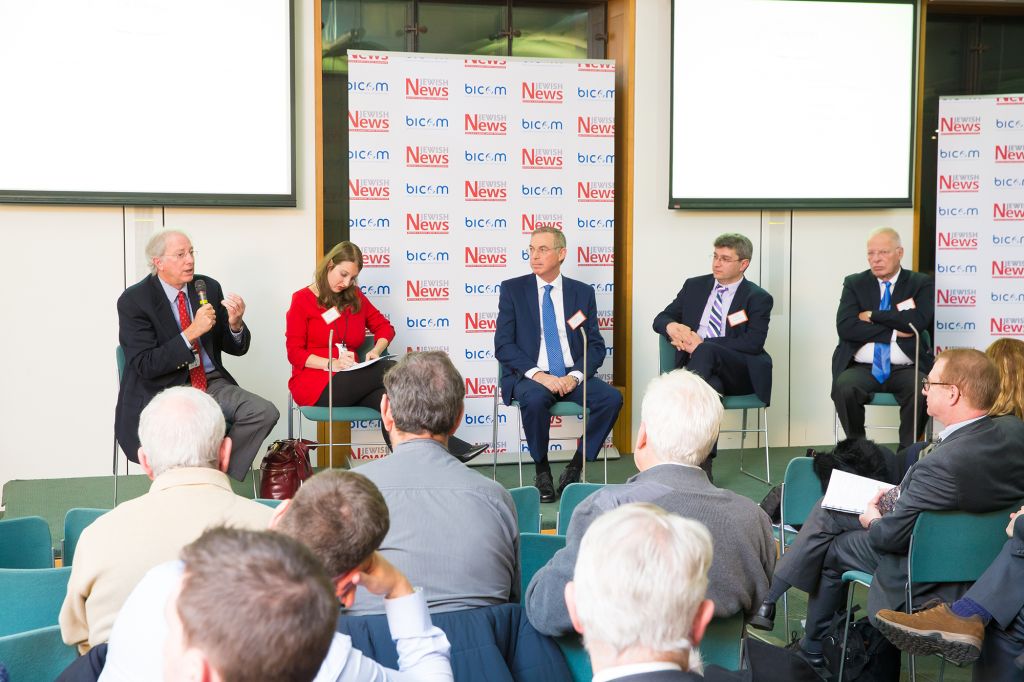 Arab states would be needed in any peace deal, Ross said. “The traditional model of strictly bilateral negotiations isn’t going to produce anything. The Palestinians are too weak, too divided to look at negotiations as anything but a concession, which they’re not prepared to make. Even if they were at the table, they couldn’t make any concessions, but maybe with Arab cover, it suddenly becomes possible. The same is true for Israel. They feel that any concession they make is going to produce nothing from the Palestinians, so if they want to gain something, it won’t be from the Palestinians, it will be from the Arabs”.

However award-winning Israeli journalist Ehud Yaari, who is known for covering the Lebanon and Gulf Wars, said that Trump would not find “any reliable, dependable Sunni ally in the region,” echoing a description of Egypt as “90 million people living along a sewage canal” and reminding the audience that Saudi Arabia, which is now run by a 31-year old prince, “runs the risk of fragmentation”. Yaari said he thought Trump would “try to contain the damage in the Middle East, rather than fix it, and this will leave room for the emerging players, such as Turkey and Iran”.

Ross said “clues” to Trump’s approach would come from his appointments to the roles of Secretary of State and Secretary of Defence, but noted that Trump’s deputy Mike Pence was already the one getting the daily national security briefings. “Is that an indication of how his administration is going to work? If so, these appointments become even more important.”

During his presidential bid, Trump courted the American-Israeli vote,  even opening a campaign office in the West Bank, where hundreds of Jewish settlers are eligible to vote in U.S. elections. He has promised to roll-back the Iran deal, support continued settlement growth and move the U.S. Embassy to Jerusalem, a move all recent predecessors have resisted.

There have, however, been conflicting messages over his willingness to help Israelis and Palestinians agree an elusive peace deal, with Trump’s advisors claiming it is not a priority, while Trump himself has expressed an interest, calling it “the ultimate deal”. Last December, he said: “Because I’m a dealmaker, I believe that I can put both sides together,” but Ross said this made Trump no different from most of his presidential predecessors, who also all saw themselves as deal-makers too.

Professor Jonathan Rynhold of Bar-Ilan University, an expert on US-Israeli relations, described this as a “typical messianic belief that they can do what nobody else can do,” but noted that there could be advantages to Trump’s unorthodox approach, such as support for a settlement-freeze, which Obama has been reluctant to call for.

Brig. Gen. Michael Herzog, a former chief of staff to several Israeli defence ministers and now Visiting Fellow at BICOM, meanwhile said the peace process “won’t be at the top of [Trump’s] list – there are more pressing issues,” adding: “A psychological desire to show that he is a deal-maker is not a strategic reason to prioritise it.”