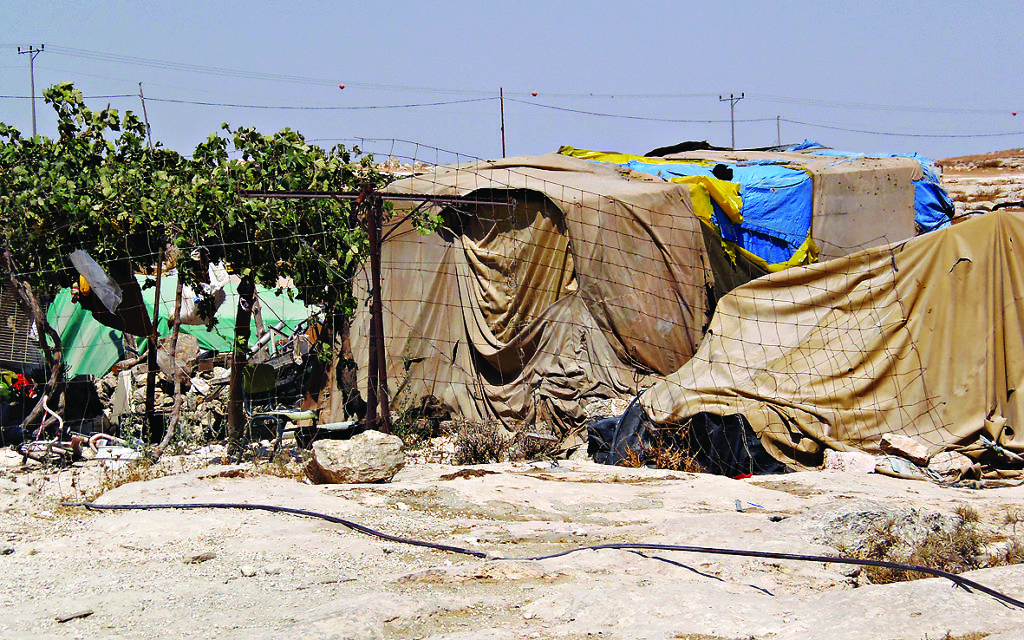 “All the gateus are locked except the gate of the oppressed.”

The Talmud attributes this saying to Ima Shalom, the sister of Rabban Gamliel. Her name means ‘peace mother’. We don’t know whether she refers to the gates of prayer or to the gates of Heaven but her meaning is clear: the voices of the oppressed cannot be silenced forever.

Ima Shalom’s words came to mind this week when I read that hundreds of Jews in Israel had demonstrated against the issuance of a demolition order for the village of Susiya.

Susiya is a tiny Arab village – more a shanty-town than a village – sandwiched between two Jewish settlements at the southern edge of the West Bank. It has been repeatedly demolished by the IDF since its creation in the 1980s. It is about to be demolished again, by court order, because it is sited on agricultural land and its residents have never been granted permission to build.

The Arabs, whose shacks are to be demolished, have Turkish documents attesting title to their land. They also hold title to the site of one of the nearby Jewish villages, also called Susiya. No-one disputes that they lived there until the early 1980s. But they were evicted when archaeological remains were discovered and they camped out in their fields. Now, thirty years later, they are facing eviction again.

Arab Susiya, a few hundred meters away, has none of these: water is purchased by the litre from a nearby town and driven in; sewerage and electricity are lacking; and the residents are subject to violence and harassment from the Jewish settlers who live nearby, without any effective recourse to the law.

Arab Susiya’s unfortunate status results from its location in “Area C” of the West Bank.

Area C covers most of the rural parts of the West Bank – approximately 60 percent of the territory – and is controlled by Israeli administration. The remainder of the West Bank, under Palestinian control, contains population centres: towns and villages. These Palestinian-controlled areas of the West Bank are like currants in a sponge pudding: anyone travelling from one town to another within them must pass through Area C. The owner of Area C, effectively, controls the whole of the West Bank and owns most of its natural resources.

Area C is, however, home to approximately 200,000 Palestinians. These locals find that building permits are almost impossible to obtain: in 2010, the latest year for which statistics are available, only seven permits were issued for the entire Palestinian population. In 2009, the previous year, six were issued.

As a result, nearly every Palestinian construction site in Area C is illegal and is subject to demolition. Meanwhile, the Jewish settlement programme proceeds apace, with a ready supply of building permits and funds. Water, electricity, land, public services, protection under the law, building permits and votes for the local civil administration are all reserved for Jews.

Slow strangulation of the Arab community in Area C by restricting public services, banning construction and then demolishing illegal houses is less public and less brutal than other 20th Century population expulsions.

But its object – to force one nation away from the land in order to make space for another – is exactly the same. Its strategy gives Israel all the benefits of annexation – and control over the West Bank as a whole – without granting the Arab residents legal or political rights and without giving them any possibility of creating a viable state.

Supporters of Israel are working hard to fight the claim that “Israel is an apartheid state”. It is difficult to combat this claim when in villages like Susiya, all over the West Bank, two different peoples live side by side with different legal rights, different political systems and different rights to communal land and public services. If the bulldozers are allowed to destroy Susiya, Israel’s enemies will rejoice.

Remember the words of Ima Shalom: “All the gates are locked except the gate of the oppressed.” Hundreds of Jews in Israel came out last week to demonstrate for the village of Susiya, for human rights, for equality under the law, and for Israel’s place in the world. Jews in England could be proud to join them.