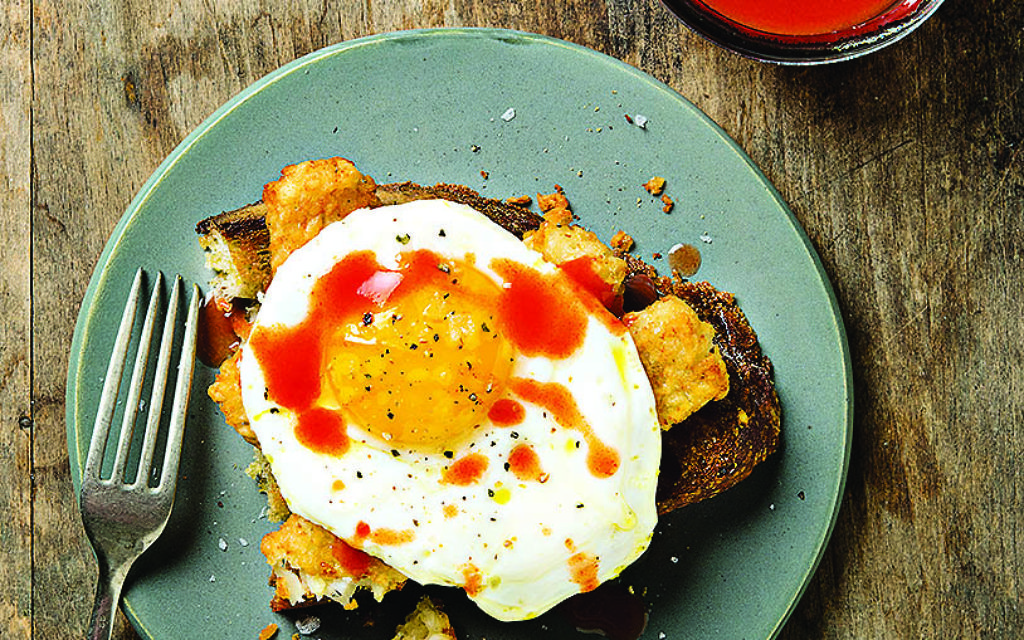 Toast lends itself to much more than beans on toast, says Raquel Pelzel, whose new book exploring the endless combinations…

If you love toast, but yearn for a topping more exciting than beans, then Raquel Pelzel is certainly worth listening to.

The Chicago born and bred food writer has devoted an entire book to the topic of toast and perfect toppings – and, as Toast: The Cookbook proves, the possibilities are endless.

“I was thinking about trends and what was happening in New York, LA and Chicago, and something that came up time and time again was toast.

“Toast – not with eggs for breakfast – but toast as this really elegant, elevated starter or second course that I was starting to see a lot at cafes and in restaurants,” explains Pelzel, who spent 12 years co-authoring and ghostwriting cookbooks.

Pelzel reveals she “developed a palate for tasty things early,” largely thanks to her father, an ex-kibbutznik Israeli carpenter, who would take her out once a week to explore the best food her home city had to offer.

She adds: “Dad told me his wild tales about being a concentration camp survivor, a paratrooper in the Israeli army, life on a kibbutz in the 1960s, and how amazing his mother’s babka and rugelach were.

“I ate, listened, and learned, absorbing his passion and really, his hunger. That is where my love of food, food history, and culinary storytelling began.”
Pelzel wanted to come up with the tastiest combinations – as well as making them as accessible as possible.

“It was a huge consideration. The kind of bread you use hugely impacts the finished dish. A rye bread or semolina bread? A fruit nut bread or sourdough or ciabatta? They all have a different texture, a different chew and different flavours once they’re toasted,” she explains.

“But I decided to say: ‘Use whatever you happen to have in the house as, in all honesty, most breads work beautifully for toast’.”

Crispy baked tater tots (little potato croquettes) are a love marriage between French fries and hash browns. They’re deeply satisfying smashed on buttery toast and topped with a fried egg. I’m a ketchup lover, so I zigzag it over the top like a Pollock painting. You can also try Sriracha, salsa, or hot sauce. This is the toast I crave after an epic night out, when I wake up hungry and in need of sustenance. Try one of Rachel’s deliciously simple recipes – you’ll see.

2. Make the toast: Pan-fry the bread. Transfer each piece of toast to a plate. Divide the potato croquettes among the toasts, using a fork to smash them down.

3. Heat the one tablespoon of butter in the same skillet (frying pan) over medium-high heat. Crack the eggs into the skillet, season with salt and pepper, and cook until the whites are set and the yolks are still runny, about three to four minutes.

4. To serve, set an egg on top of each toast, stripe with ketchup, and sprinkle with a few pinches of flaky salt.

1. Make the chicken livers: In a large frying pan, melt one tbsp of margerine over medium-high heat. Add one tablespoon of the oil and heat together for one minute. Add the onion and teaspoon of the salt and cook, stirring often, until the onion softens, around three to four minutes. Reduce the heat to medium-low and cook, stirring occasionally, until the onion is very dark brown, 15–20 minutes longer. Transfer to a medium bowl.

2. Season the chicken livers with ¼ tsp of the salt and the pepper. Add the remaining 1 tbsp each of margerine and oil to the frying pan and set it over high heat. Once the margerine is melted, add the chicken livers and cook, stirring occasionally, until the exterior of the liver turns opaque, around four to five minutes. Sprinkle the liver with the cumin, stir, then add the chilli paste and lemon juice. Cook until the livers are just pink in the middle (not red or bloody), two to three minutes longer. Stir in the onion and mix to combine. Transfer the liver-onion mixture to the bowl, cover, and refrigerate until well chilled, at least two hours.

3. Turn the chilled liver and onions onto a chopping board and chop to combine. Return the mixture to the bowl and stir in the remaining one teaspoon of salt.

4. Spoon some chopped liver on top of each slice of toast. Finish with lettuce leaves and a few slices of radish and egg.

• Toast: The Cookbook by Raquel Pelzel is published by Phaidon, priced £14.95. Available now