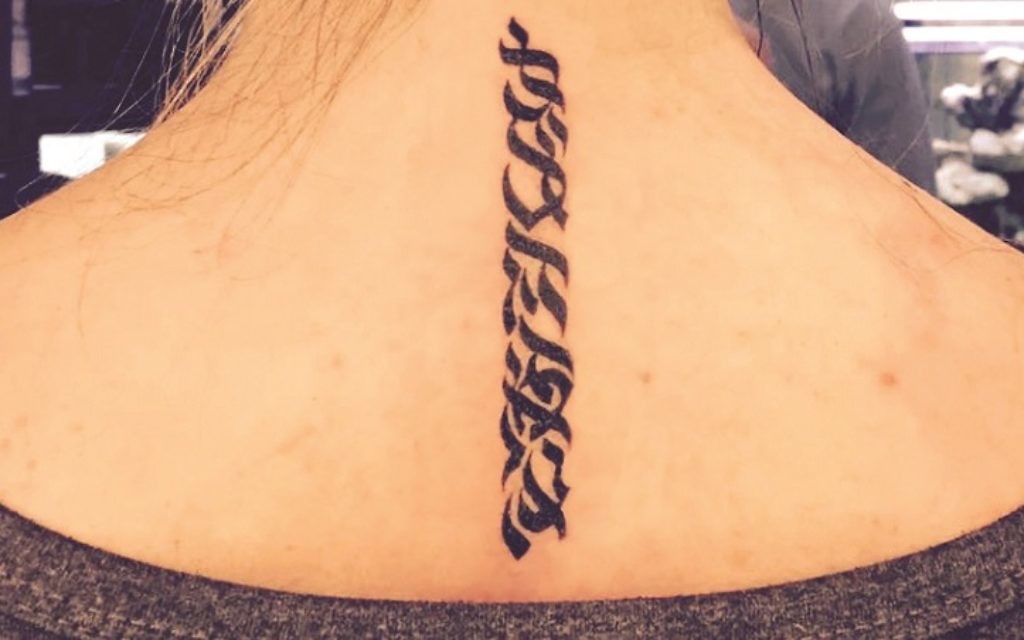 There are many myths parents relay to their children in order to affect behaviour. Be it that eating carrots helps you see in the dark, that you will catch a cold if you go outside with wet hair or that too much screen time will turn your eyes square, these assertions trickle steadily through the generations.

So, God forbid we should be denied the right to be buried in a Jewish cemetery, we refrain from adorning our bodies with tattoos. Explicitly prohibited in Jewish law, as we are told, inking has been one of the biggest taboos in our religion since time began.

I was sitting shiva for my mum when I decided that, nevertheless, I wanted a tattoo.

Acutely aware of the fragility of life and keen to find something meaningful and profound to extract from an extremely painful experience, a permanent, sensitive and reflective tribute felt appropriate if not rebellious; even as a 30-something-year-old mother of three.

When I stumbled across the work of Gabriel Wolff who, as part of an international trio, designs bespoke tattoos using Hebrew calligraphy from his studio in Buenos Aires, I knew I had found my direction.

Debunking the notion that Judaism and tattoos continues to be an incompatibility, over the past 15 years, the team has created unique body art for thousands of people worldwide.

Yet Wolff, 34, who learnt his art designing ketuboth in his hometown of Jerusalem, is aware of the dichotomy.

“Of course, combining Hebrew art and tattoos, you encounter a lot of criticism. Judaism isn’t very approving of ink under a Jew’s skin, to say the least,” he admits.

“But in times like ours, I feel the questions asked can’t be as dogmatic as they were centuries ago. We can’t only be interested in dry religious laws if we want to continue existing as a collective entity.

“The world we’re living in is constantly demanding an impossible individualism. We’re pushed to be special, find our true self, realise our potential.

“Collective identity was what gave people a sense of security until very recently and I feel we get lost without that part of our identity.

“Artistically marking myself as a Jew creates a bridge between that individualism we’re demanded and the collective identity we need.”

It was Wolff who put me in touch with Rabbi Marshal Klaven of Congregation B’nai Israel in Texas. 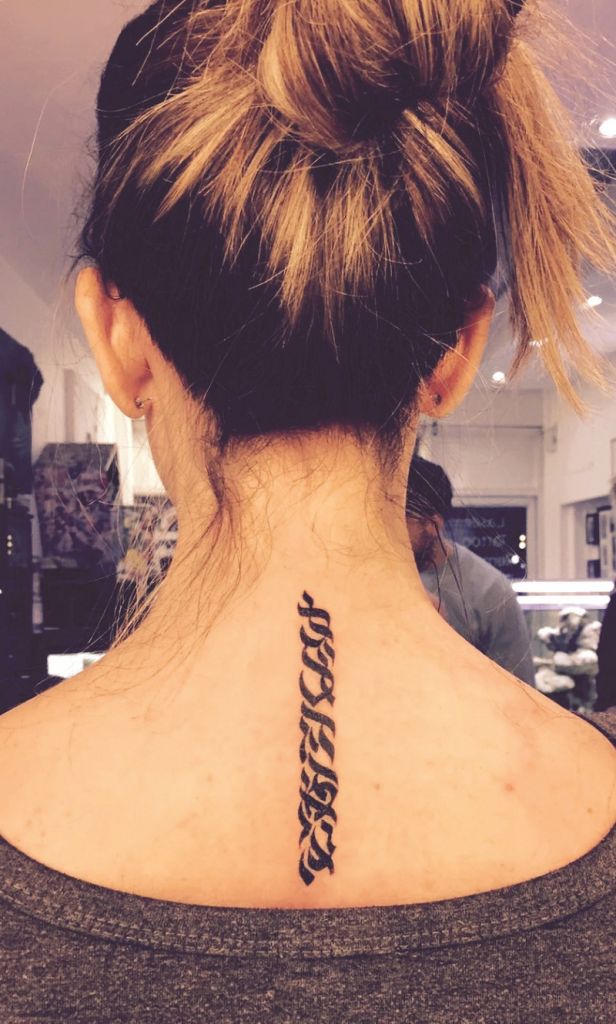 Having got his first tattoo aged 16 and now boasting four pieces, all with a heavy Jewish influence, he selected tattooing in Jewish history as the subject of his rabbinical thesis. He explained the intrinsic pull I, too, had felt towards a religiously-inspired tattoo.

“Going through the process of getting a tattoo thoughtfully involves a sincere search of the soul, exploring the very depths of one’s being to discover what is constant within: what is at the core of me; what will never change; what am I at heart?” he explains.

“The tattoo itself, then, is a creative, effective way to convey that personal and internal truth to the external in a way that words could never do.”

After gentle welcomed guidance from Wolff – who grew up in the Chabad community in Munich – I settled on the words kol yom hu matana (every day is a gift) – a fitting acknowledgement of the journey I have been on and the lessons learnt, framed within a context so close to my heart.

He designed it to look like a candle with a flame, as out of darkness comes light.

Rabbi Klaven – who has tefilllin tattooed on his left arm and an intricate tree of life design complete with Torah scroll on his back – was on hand to contextualise my decision.

“In the Torah, tattoos marking affiliation to the people of Israel and/or the God of Israel were accepted, if not encouraged, more times than not,” he deduces.

“In the classic rabbinic period, what bothered the rabbis was not the presence or the content of that mark, but its intended purpose. While a minority of sages believed that willfully receiving or giving a tattoo was a transgression, the majority objected only when the tattoo served an idolatrous purpose.” 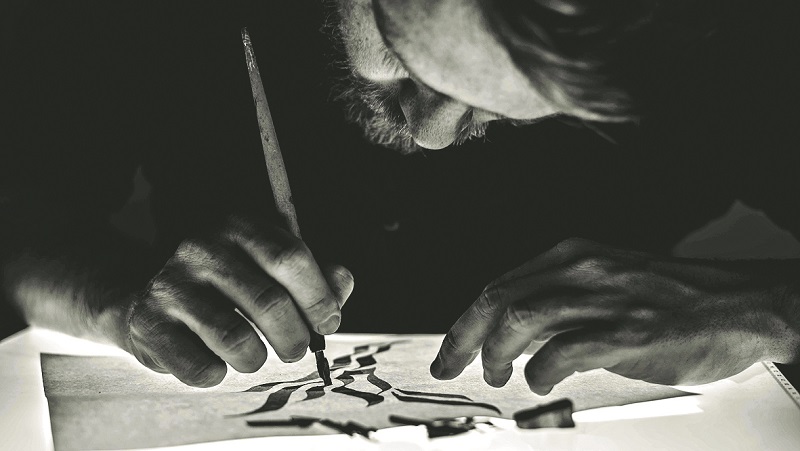 Aware of the clash of modernity and tradition, I chose not to be drawn to one side or the other, but rather to find a way for the two to coexist. Like many who engage the services of Wolff and his team, I wanted to carry my Judaism with me in a relevant, tangible way.

“Nothing in Judaism is so black and white; it is filled with shades of grey,” Rabbi Klaven concludes.

“And while it may be easier to paint such moments of confrontation as black and white, it is neither true to our Jewish heritage nor beneficial to those Jews who embrace it.”

And so what of the notion that Jews with tattoos are forbidden from being buried in an Orthodox Jewish cemetery? Chani Benjaminson from Chabad sheds some light.

“The Torah forbids us from tattooing our bodies. Nonetheless, one who has had tattoos can still be buried in a Jewish cemetery,” she admits.

“That said, every Jewish burial society has the right to enact its own criteria for who may and may not be buried in their plot.

“So while technically there is nothing in Jewish law which prohibits a tattooed person from being interred in a Jewish cemetery, certain burial societies – not the majority of them, or even close – will not bury among their own a person who willingly tattooed him or herself, as it is a permanent exhibition of violation of Jewish law.

“This practice by certain burial societies led to the common misconception that this ban was an inherent part of Jewish law.”