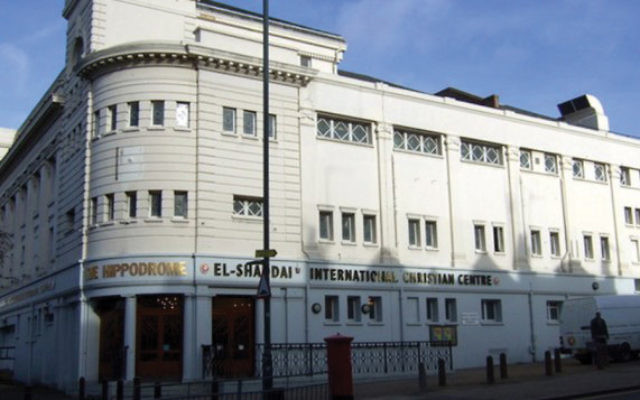 Golders Green Hippodrome, which has now become a mosque and Islamic centre

A decision on whether to approve a planning application for an Islamic centre in Golders Green at the former Hippodrome has been postponed after Barnet Conservative councillors requested further details.

At a meeting of Barnet Council’s strategic planning committee on Monday evening, councillors agreed to defer the decision over a change of use application for the building. The Markaz El Tathgheef el-Eslami group (MTE) which has owned the Hippodrome, have been attempting to open an Islamic Community Centre at the site since 2017.

Barnet councillor Eva Greenspan, who chaired the meeting, refused to discuss the referral decision after Jewish News contacted her on Tuesday. Sources who attended the meeting told Jewish News that Greenspan had used a request for further information on fire safety and evacuation points to delay a final decision on the application.  She has also additionally requested further information on traffic planning.

One local councillor suggested the deferral could give more time for a public inquiry into the planning application to go ahead. Another communal source, who has supported the application, said they believed Barnet Conservatives wanted to delay the decision until after local elections next May.

A representative of Golders Green Residents Environment Group (GGREG) said they welcomed the decision taken by Barnet Councillors to delay making a decision “until Markaz do what they have to date resisted and produce travel, transport, noise and crowd control plans.”

The group also claimed: “Markaz and their supporters have repeatedly sought to weaponise religion as a factor in this application.

Ahead of Monday’s meeting the local authority had been widely expected to give the green light for the Shia Muslim Markaz El Tathgheef el-Eslami centre.

Barnet Council officers had last month recommended approval of the application – which has been supported by local progressive synagogues and leading figures from within the Jewish community.

In May, Jewish News revealed Barnet Council has been accused of breaching the Equality Act in how it has dealt with a planning application. Lawyers representing the Markaz El Tathgheef el-Eslami group (MTE) , have written to the council setting out allegations of religious discrimination.

Labour Greater London Assembly member and councillor Anne Clarke was among those to react furiously to the postponement of the decision on the application. She tweeted:” I never thought I could get more furious with Barnet Council over their treatment of a wonderful Iraqi refugee group.  “A change of use application deferred for the Hippodrome so they can further drag out and demoralise. Nothing has changed.”

“We look forward to the application being further considered in the autumn”.

A Barnet Council spokesman said: “Barnet is proud of being a diverse community where people from all different backgrounds get along. The council’s Strategic Planning Committee met last night (19 July) to consider an application for change of use of the Golders Green Hippodrome to a place of worship.

“The committee voted to defer the application to a future meeting of the committee pending further details being provided by the applicant. We appreciate there has been strong community interest in the outcome of this planning application and will continue to work with all partners throughout the process.”